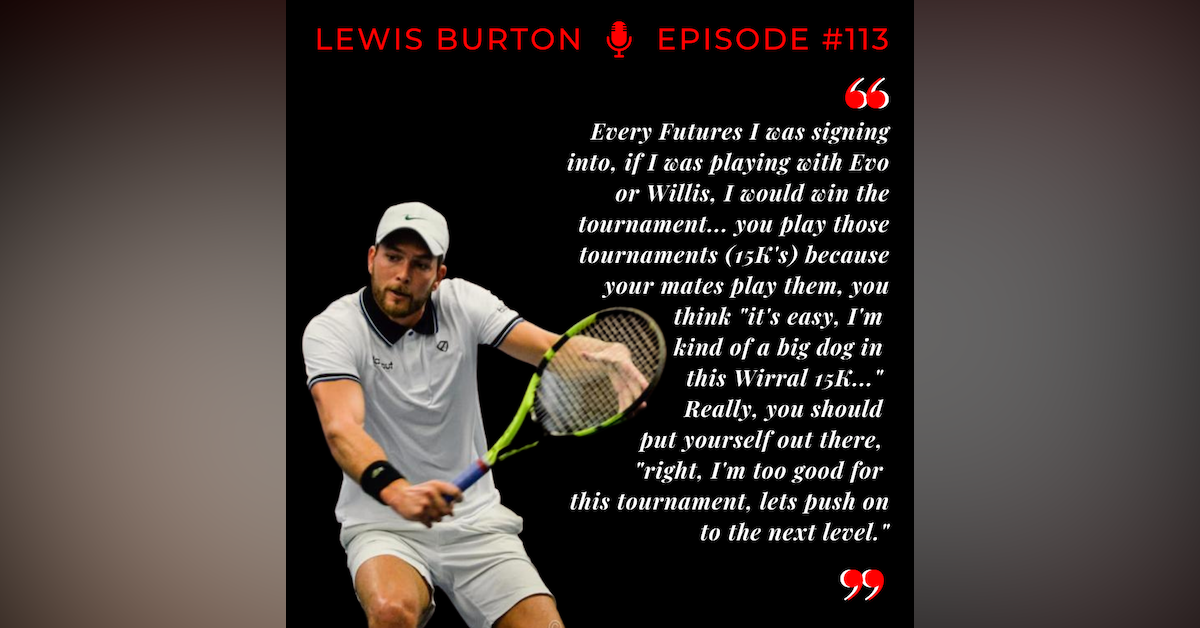 Tennis fans will know Lewis Burton as a former British tennis player who reached the final of the Wimbledon boys doubles in 2010.

Non-tennis fans will know Lewis as the boyfriend of TV presenter Caroline Flack when she tragically died in February 2020 at the age of 40.

In this episode of Control the Controllables, Lewis looks back on his tennis career which saw him reach a high of 218 in doubles and 626 in singles. He won 26 ITF pro circuit doubles titles and qualified for the Wimbledon Men´s Doubles, before retiring two years later at just 22 years of age.

Lewis discusses the impact tennis has had on his life and how it helped him as he moved into the modelling and business world, as well as dealing with the immense pain and grief that comes with losing someone you love.

Links from the Episode:-