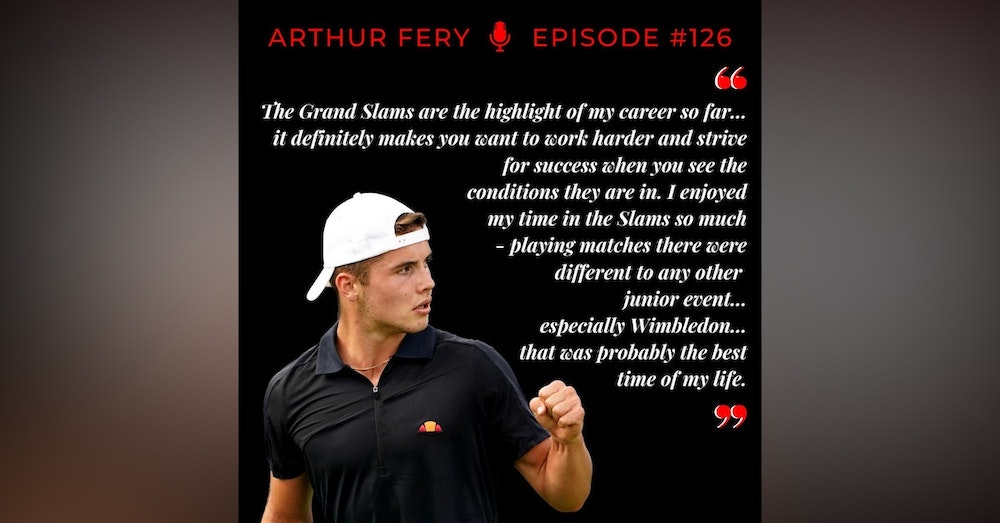 In this episode we speak to British youngster Arthur Fery.

The 19-year-old came within 1 match of making the main draw at Wimbledon this year, beating former top 40 player Matthew Ebden in the Qualifying at Roehampton.

Arthur has recently hit a career high world ranking of 840. He had a successful junior career reaching world junior number 12, and made the semi-finals of the boys doubles at both Wimbledon and the Australian Open. He´s now studying at California´s Stanford University, signing with the highest UTR of all freshman in 2019, 13.94.

Arthur´s parents are French but he grew up in Wimbledon, not far from the All England Club. His mother, Olivia, also played professional tennis, reaching the top 200 in the world and representing France in the Fed Cup. His father Loic is the owner of French Ligue 1 football team Lorient.

We would love to hear your thoughts on this episode!

Don´t want to miss an episode of Control the Controllables? Follow us on Apple Podcasts and on Instagram @ctc.podcast