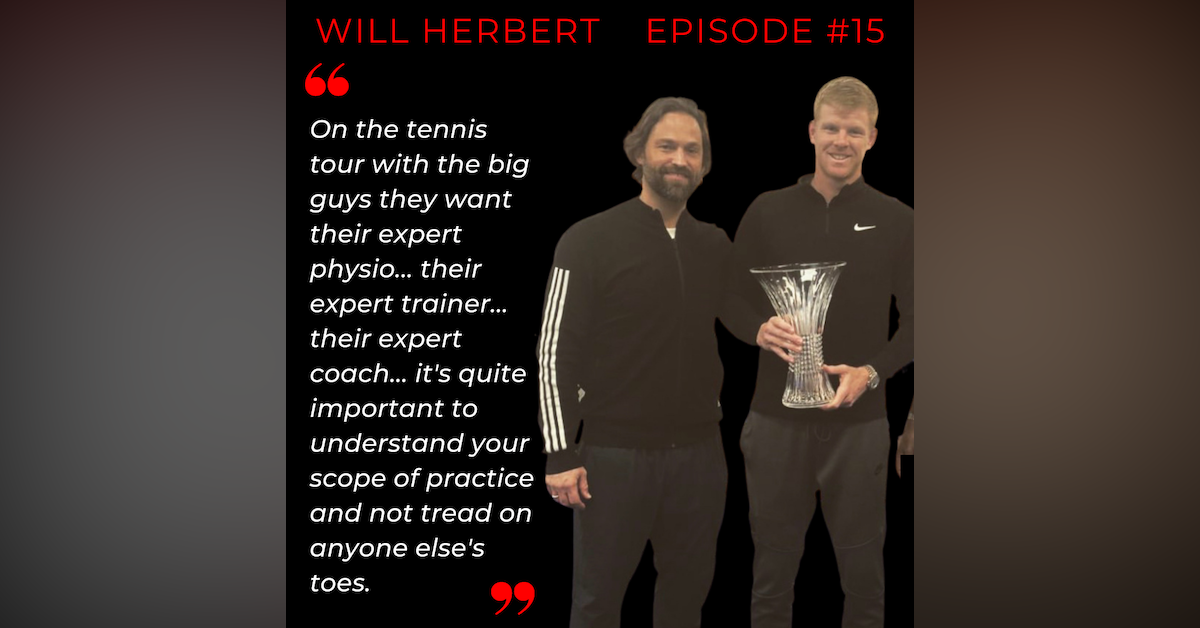 Will Herbert was a top UK Junior player funded through the LTA system. He´s used his tennis to create an opportunity to be part of the pro tennis world as a physio.

In this episode, Will talks to us during lockdown in the UK. He gives an insight into the role of a physio on a pro players team, and shares his experiences working with Zverev, Ivanovic and Kyle Edmund. He also tells us the story behind Ivan Lendl´s nickname for him! A great story, enjoy!

After recording this episode, Will was part of Emma Raducanu´s team at the 2021 US Open where she won her first Grand Slam, aged just 19-years-old. 🏆

Listen to Will Herbert chat to Control the Controllables about:-

More Episodes to listen to:

Episode 86: Jez Green - Building a body of a Champion

We´d love to hear from you! Rate, Review & Follow us on Apple Podcasts, and let us know what you think of the podcast!

Find out more about SotoTennis Academy