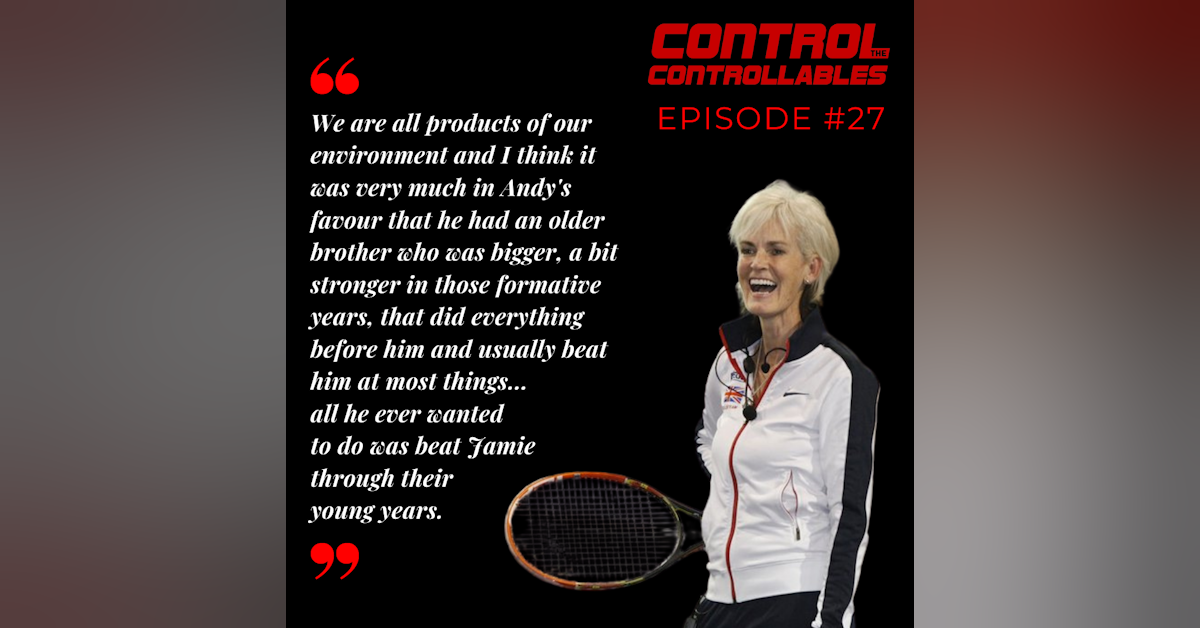 Judy Murray is a Scottish tennis coach and the Mum of global superstars Jamie and Andy Murray.

A former player, she became Scottish National Coach in 1995. She was the GB Fed Cup Captain between 2011-2016, and in 2017 was awarded an OBE for services to tennis, women in sport and charity.

Away from tennis, she´s also appeared on The Chase, Strictly Come Dancing and Celebrity Masterchef.

In this episode Judy discusses her journey into tennis, her life as a coach and Mum to the boys, and their journeys and experiences.

We then delve into the ‘real’ Judy Murray. Keeeeep Dancing!

You may also like these episodes of Control the Controllables:-

Episode 13: Jamie Murray - From Dunblane to the top of the world!

Episode 11: Ali Collins - You cannot be (too) serious!