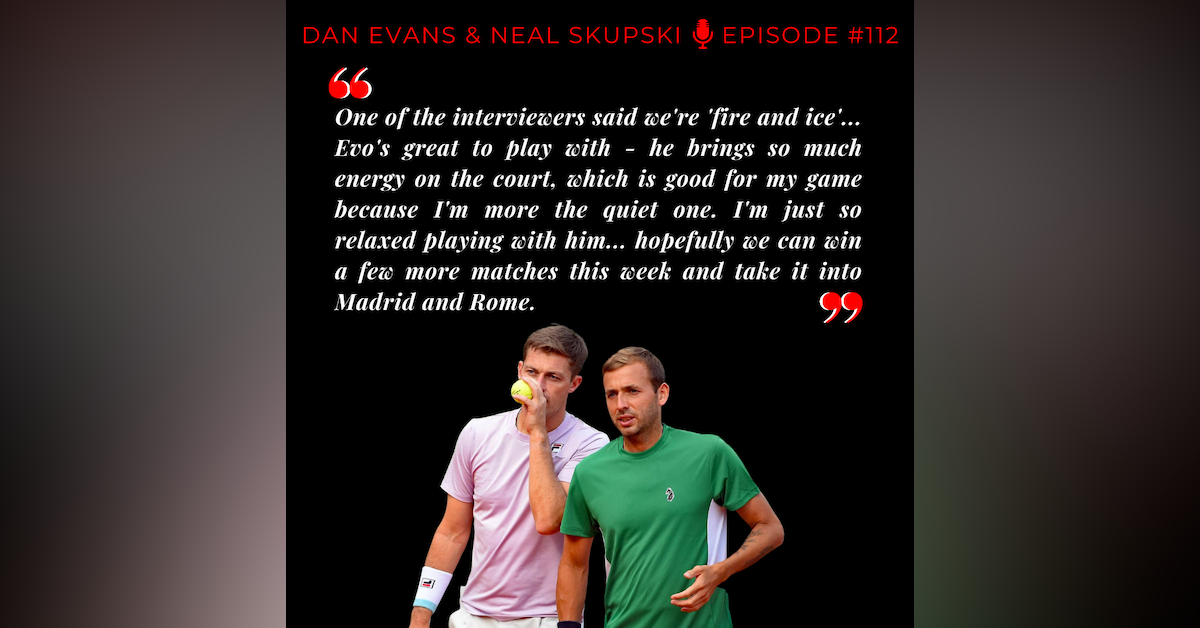 Dan made his way to his first ever ATP 1000 semi-final including a stunning victory over world number 1 Novak Djokovic at the Monte Carlo Masters. Up until last week, Dan had only won 4 career clay court matches.

Dan and Neal paired up in April 2021 after Neal´s regular partner and brother, Ken Skupski returned home from their ATP 500 victory in Acapulco with a blood clot.

The British pair went on to have 4 top 10 doubles victories and 8 wins in total on their way to the final of both Miami and Monte Carto, taking them to number 5 in the ATP race.

We caught up with Dan and Neal before their first round match in Barcelona. They talk about about what they were thinking and feeling during some of the best shots (including those lobs!) and best moments from Miami and Monte Carlo.