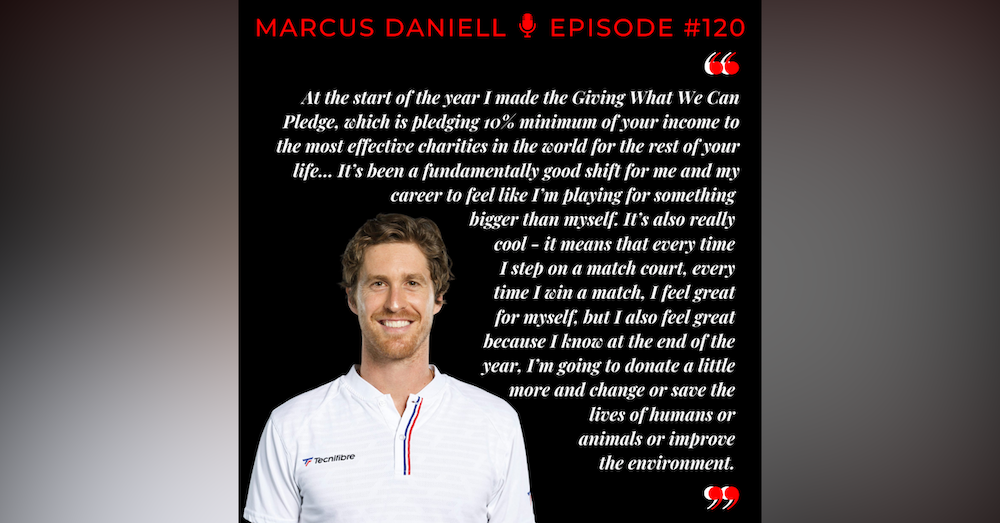 Marcus Daniell is not your ordinary professional tennis player.

The 31-year-old from New Zealand has reached as high as 34 in the world in Doubles and has 5 ATP doubles titles to his name, but he´s also known for his work off the court.

Since 2015 Marcus has donated a percentage of his earnings to charity, and in December 2020 he launched High Impact Athletes. The organisation channels charitable donations to the most effective evidence-based charities in the word, including extreme poverty, children´s, and environmental impact charities.

In just 6 months, he´s signed up dozens of professional athletes including tennis players Stefanos Tsitsipas and John Millman to pledge a percentage of their earnings to help others. His goal is to reach $1 million in donations by the end of the year.

In 2021, Marcus announced that he would be donating at least 10 per cent of his annual winnings to effective charity organisations for the rest of his life.

Listen to Marcus discuss this, his career and more in this very inspiring episode.

Some highlights of the episode:-

[05:21] Growing up playing and competing in New Zealand

[11:43] His experience moving to Slovakia as a junior to train

[20:07] Imposter Syndrome and how he needed to break through a belief barrier to help him rise up the rankings

[29:54] Marcus discusses the drop in prize money for doubles players at the this years French Open.

[33:23] What ranking do you need as a pro doubles player to break even?

[37:27] Discovering Effective Altruisim and donating 10% of his winnings to charity.

[38:54] Why he decided to set up High Impact Athletes and the potential impact it will have as it grows.

Giving What We Can