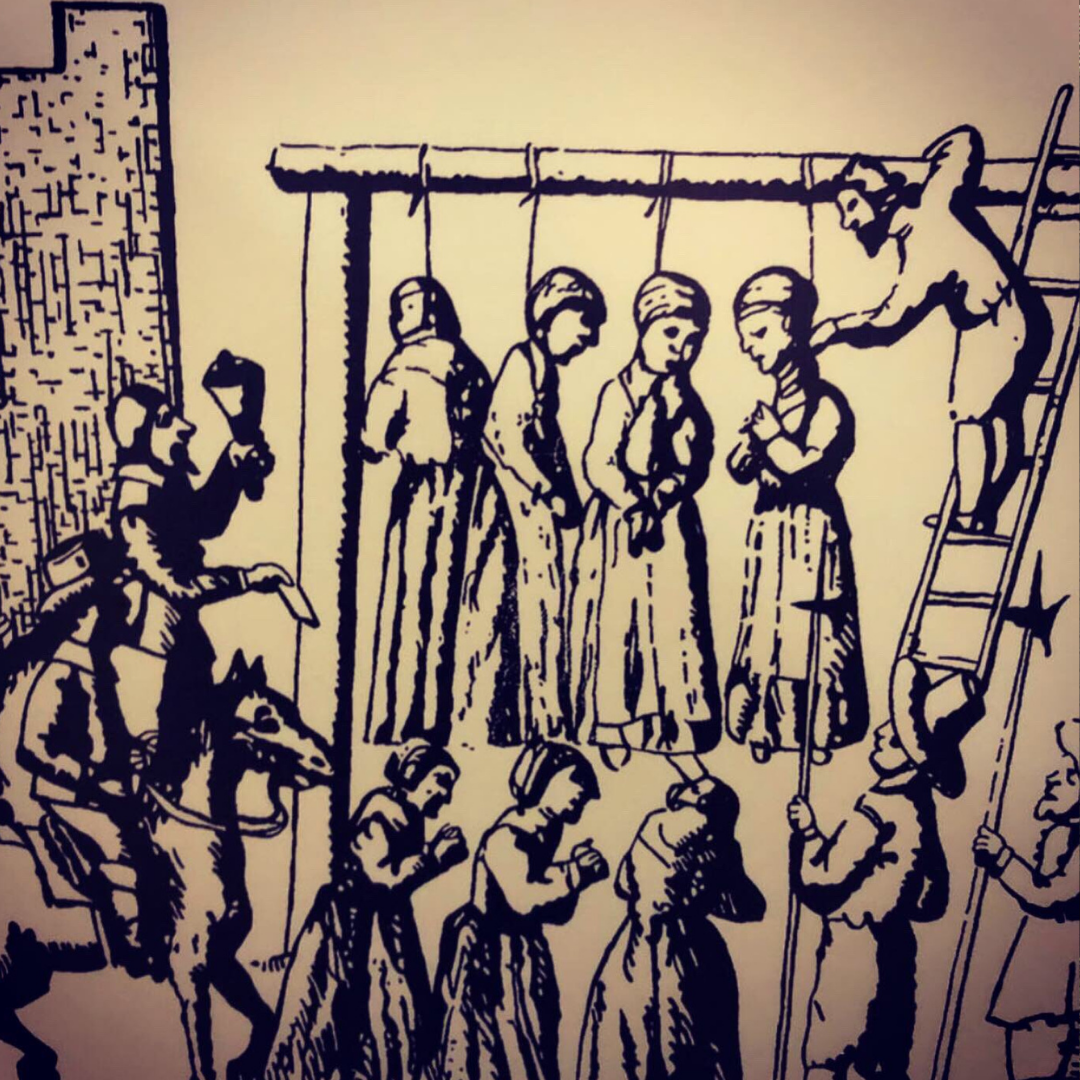 Part one of a two part Halloween focus on the rise of witchcraft.  Come and explore all things supernatural and put yourself in the right spirit for Halloween.

Please feel free to send comments and questions via the digital record feature.

Thank you for listening and I hope you join me for Part 2.

Please use the links below or on the website to keep in touch via our social media pages : to ask questions and review other content linked to this episode.

Useful information if you wish to find out more:

Hi everyone and welcome back to Haunted History Chronicles with me your host Michelle. Well October is here and Halloween is fast approaching so I thought what better than to celebrate this than by having a two part special Halloween episode focusing on a topic that often comes up this time of year and that’s witchcraft. So in order to do that today’s first episode is going to dive deep into the history. We are going to explore the time, the place and the people to get a better understanding. Part two is going to focus on a particular witch trial. A witch trial in England that is regarding as England’s most famous. We are then going to also explore the paranormal activity that surrounds that location making it ones of England’s most haunted locations. From there, we are going to think about how that one trial would impact on future witch trials- not only in England but as far away as Salem. So, get comfortable and we can begin.

Social and historical context in the rise of witchcraft (1.49)

We’re going to finish there and I just want to say a huge thank you for listening. I really hope you’ll join us in the next podcast where as I mentioned at the start we are going to be exploring a very famous witch trial and the paranormal activity that surrounds that location. It really is a fantastic place and a fantastic trial to examine so I think you’re going to find that one interesting and especially when you see the connection it has with other witch trials- it’s just staggering. I just want to also say that having you along this journey with me is brilliant and I’d love to hear your questions and your thoughts and your comments. You can do this in a variety of different ways. There are the different social media links that you should see attached to the website that accompanies the podcast but there is also a feature that should appear at the bottom of every episode which allows you to send directly to me a digitally recorded message- it might be a question, a comment, an observation, something you want to say about the current episode, a future episode or even just something in general that you’d like me to cover at a further date. These are things that I can use directly in episodes so I might be able to use them and drop them in and play them and answer them. I might be able to use them to help shape future content and if you’re brave enough maybe we could them to have you come on and take part in a show at a later date. Please don’t think that I don’t want to hear what you have to say - I’d love to have your thoughts, your opinions. Be part of this with me. So I hope you take advantage of those different features and get in touch. So I’m going to say goodbye until next time and I will see you in the next one. Bye everyone.