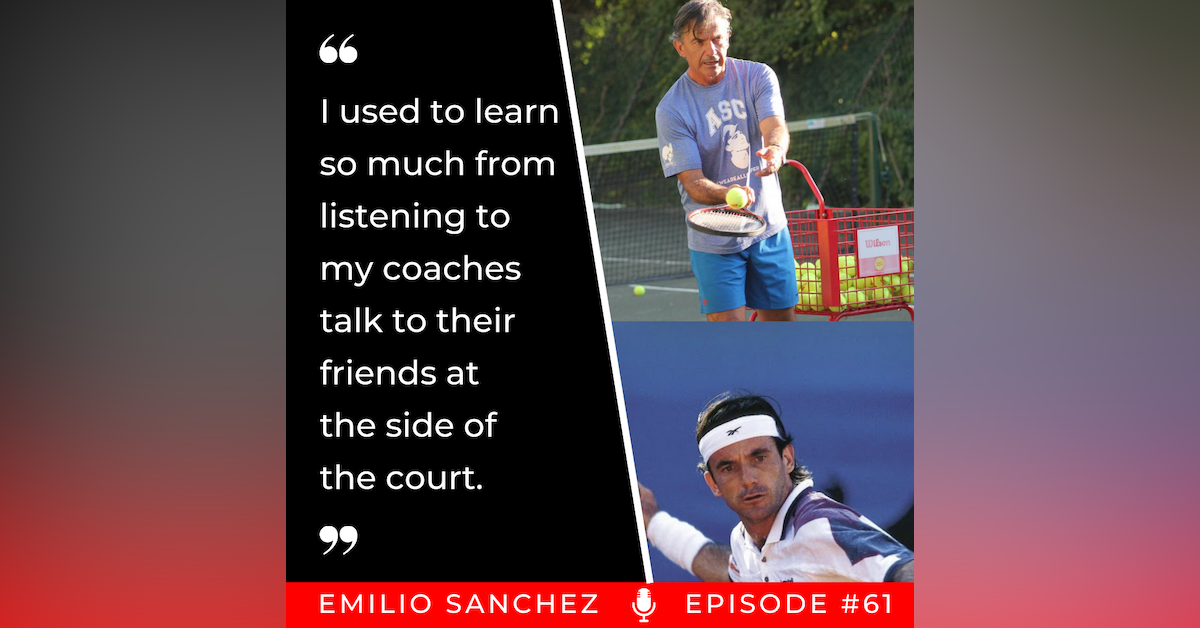 Emilio Sanchez comes from the famous Sanchez family who have been so influential on Spanish Tennis.

A former World number 1 doubles player and number 7 singles player at the same time, he won 5 Grand slam doubles titles and the men´s doubles silver medal at the 1988 Olympic Games.

Emilio is the brother of Arantcha Sanchez Vicario and later in his career, her coach.

After retiring, Emilio captained Spain to Davis Cup victory in 2008. He also joined forces with Sergio Casal to set up the Sanchez- Casal Academy in Barcelona. They now have 4 academies in Spain, USA and China. A great conversation. Enjoy!

Emilio is one of the keynote speakers at the upcoming Between the White Lines Summit.

The 2 day event will take place on September 24-26th 2020, giving coaches an opportunity to connect with and learn from tennis-preneurs and like-minded people in the tennis world.

Book your place on the summit to listen to Emilio and 44 other big names in tennis and sport.