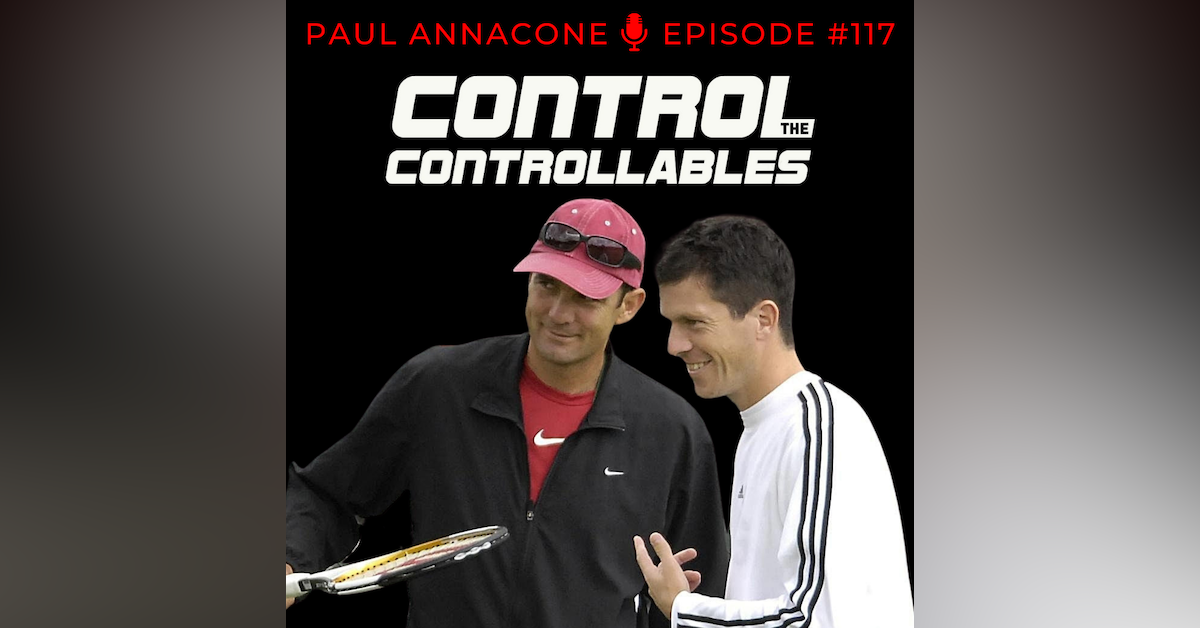 Paul Annacone is one of the world´s leading coaches. He´s worked with some of the greats including Pete Sampras, Roger Federer and Tim Henman.

Annacone guided Sampras to nine of his 14 Grand Slam Titles, leading to Sports Illustrated calling him “the court whisperer”. He helped GB´s Tim Henman rise from number 41 in the world to a career high of 4. He also led Roger Federer back to World number 1 and his 7th Wimbledon title in 2012.

In between this, Annacone was also Managing Director of the USTA Performance Programme from 2001 - 2003 and was LTA Men´s Head Coach for 3 years. More recently he´s worked with Sloane Stephens and is currently coaching Taylor Fritz.

A former professional player, Annacone won three ATP titles and reached a career high ranking of No. 12 in singles and 3 in doubles. He won the Mens doubles at thenAustralian Open in 1985 with long-time partner Christo van Rensburg, and won 14 doubles titles during his career. 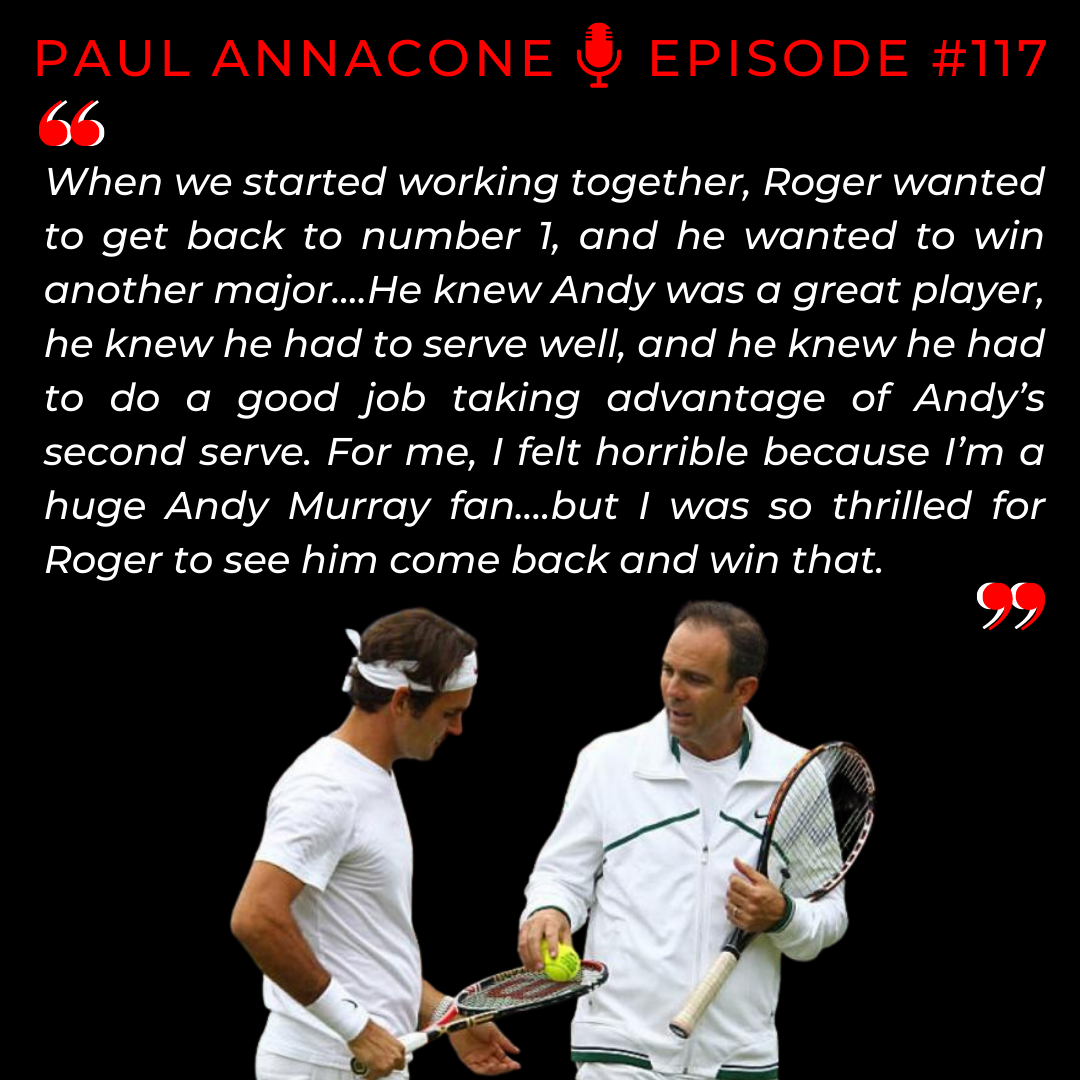 In this episode, Annacone discusses  his coaching philosophy and how he thinks his playing career helped him as a coach. He also tells us stories from his time working with Sampras, Henman and Federer and the differences between them. A must listen!

[09:00] Why it´s important to know how to give the same message to different personalities.

[18:24] The importance of game identity and working on your/a players strengths.

[19:50] Find out what he learned from Pete Sampras as a young coach that helped shape his coaching philosphy.

[23:33] Listen to Roger Federer´s reaction to a heartbreaking loss at Wimbledon

[28:29] Big picture mentality: Paul discusses his run to the Wimbledon Quarter-finals in 1984 straight out of US College.

[33:31] Listen to Paul´s stand-out memory from his time working with Sampras.

[44:06] Listen to his memories from the 2012 Federer v Murray Wimbledon Final

[47:51] Does he think Federer can win another Wimbledon?

[48:51] Who was the easiest to coach? Who had the best backhand? Find out in the Sampras v Henman v Federer Quickfire round!

If you´re enjoying the Control the Controllables Podcast, please consider rating and reviewing the show! This helps us reach more tennis fans, like you! Click here, scroll to the bottom, tap to rate with 5 stars 😉, and select “Write a Review.” Then let us know what you enjoyed about the episode!

Also, make sure you don´t miss an episode by following the podcast! Follow us now on Apple Podcasts on Spotify or on Instagram!