For whom would your favorite horror film vote?

So this is not dad related, but Sarah and I (Alex) made this infographic 6 years ago and I had almost wholly forgotten about it. 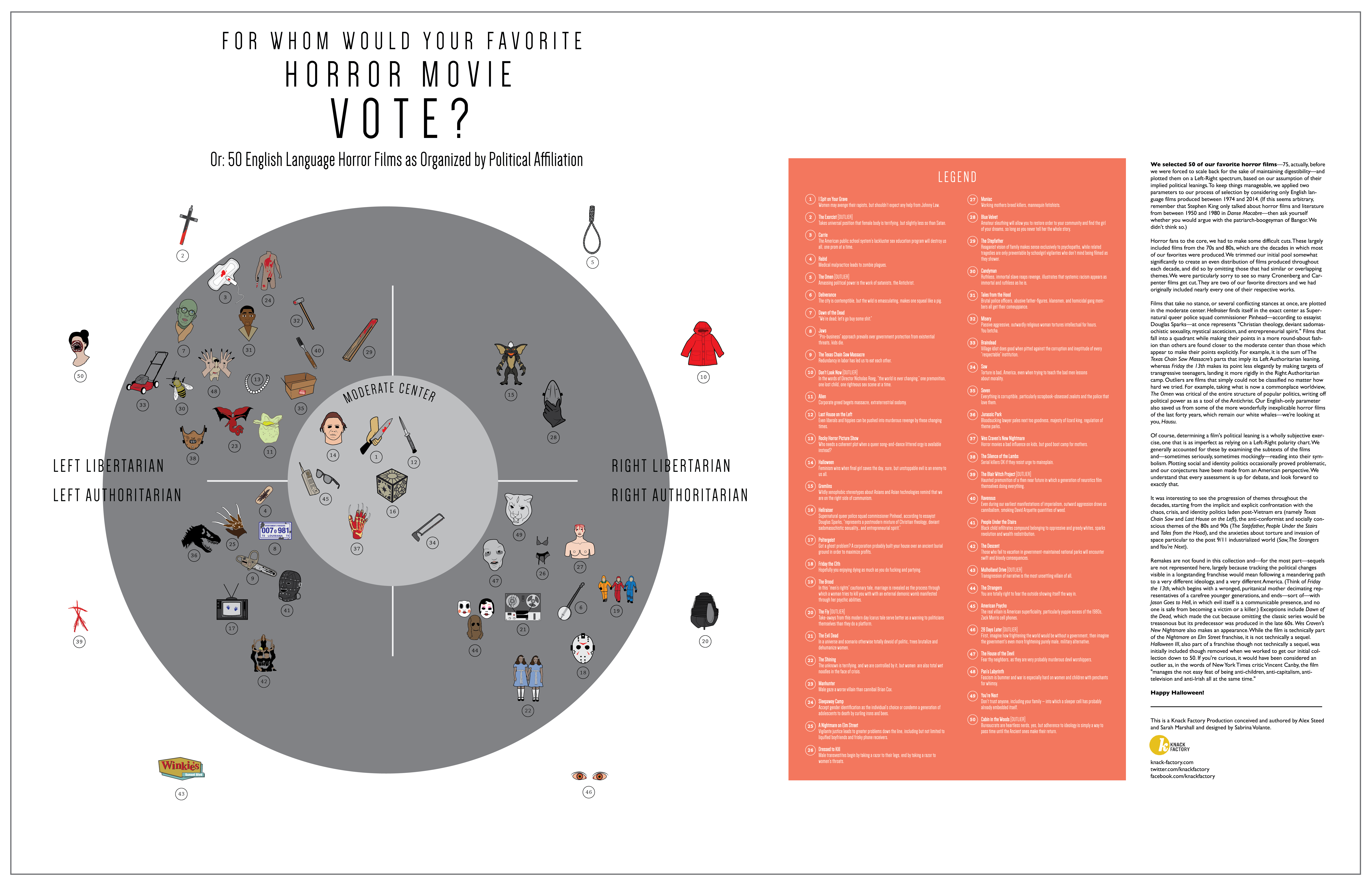 Here is what I wrote about it at the time:

To celebrate the intersection of Halloween and Election Season, Sarah Marshall and I teamed up to visualize the implied political orientation of our favorite horror movies.

You can click the image to have a closer look at what we came up with. We selected 50 of our favorite horror films—75, actually, before we were forced to scale back for the sake of maintaining digestibility—and plotted them on a Left-Right spectrum, based on our assumption of their implied political leanings.

Of course, determining a film’s political leaning is a wholly subjective exercise, one that is as imperfect as relying on a Left-Right polarity chart. We generally accounted for these by examining the subtexts of the films and—sometimes seriously, sometimes mockingly—reading into their symbolism. Plotting social and identity politics occasionally proved problematic, and our conjectures have been made from an American perspective. We understand that every assessment is up for debate, and look forward to exactly that! 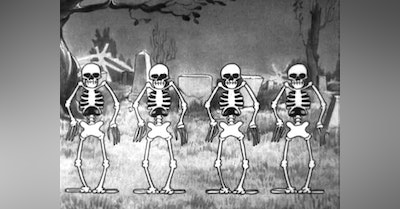 If you are a normo like I am, you'll be watching at least one horror movie every day for the month of October (I already watch about 8 - 10 a month as it…