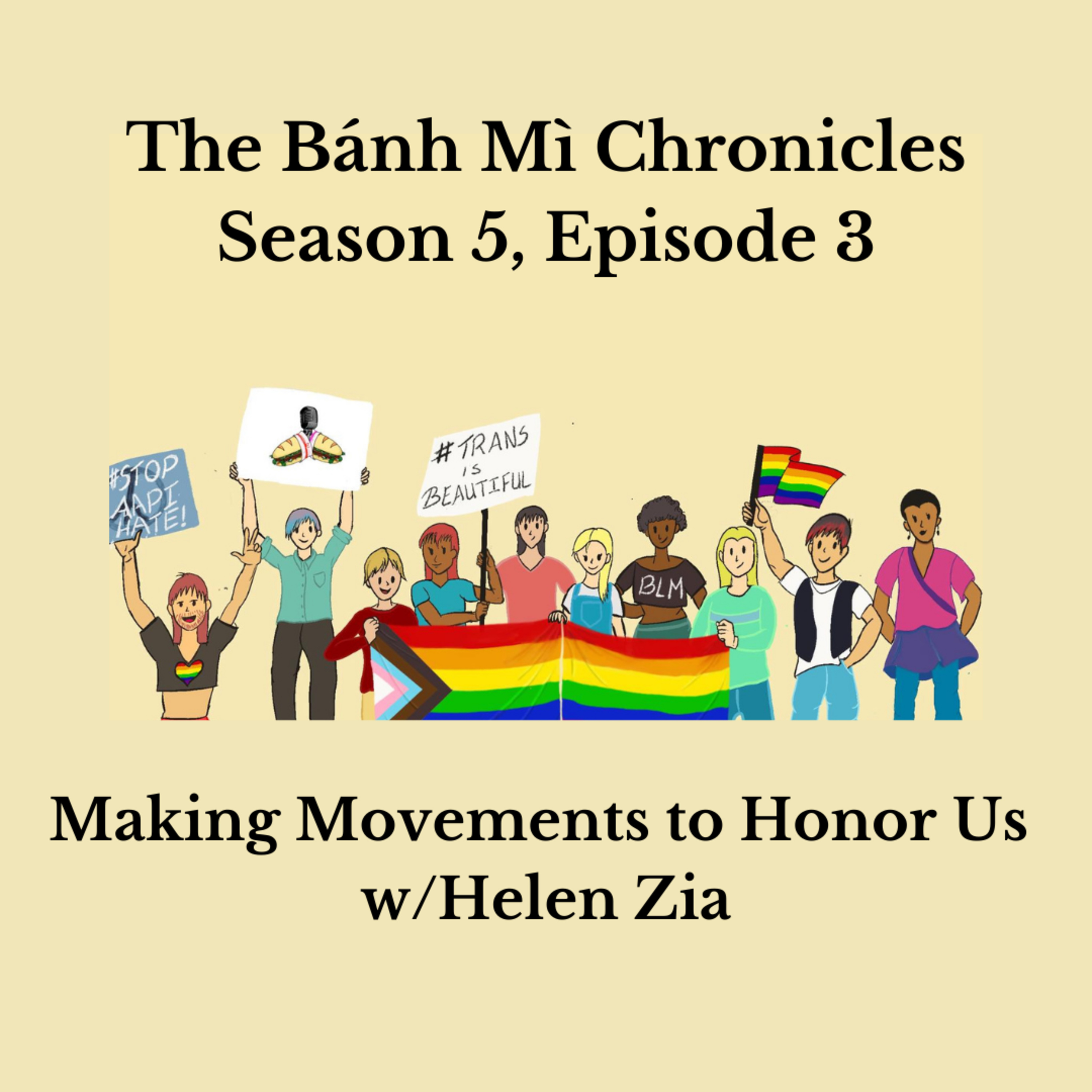 (S5, EP3) Helen Zia (She / Hers) joined me for this episode of the 5th season theme, "Our Becoming: An LGBTQ Asian Experience." Helen is a longtime queer Asian-American journalist, author and activist.  During the time of Vincent Chin's murder in a racial violent attack in 1982 in Detroit, she and many APIA community members and leaders ignited movements nationally to call for justice and address the anti-Asian American violence.  Helen shares in this episode about the parallels between Vincent's murder and the Anti-Asian violence since Covid-19, the current #StopAAPIHate movement, the issue of policing in the API communities, and the recent passing of iconic Chinese American photographer Corky Lee and the legacy he left behind.  Find out more on this episode.  To follow Helen Zia, please check her out on IG, Twitter & FB @helenziareal or her website at www.helenzia.com

Helen Zia is The daughter of immigrants from China, Helen has been outspoken on issues ranging from human rights to women’s rights, and countering hate violence and homophobia. She was featured in the Academy Award-nominated documentary, Who Killed Vincent Chin? and was profiled in Bill Moyers’ PBS series, Becoming American: The Chinese Experience.

Helen received an honorary Doctorate of Humane Letters from the University of San Francisco and an honorary Doctorate of Laws from the City University of New York Law School for bringing important matters of law and civil rights into public view. She is a Fulbright Scholar and a graduate of Princeton University’s first coeducational class. She attended medical school but quit after two years, then went to work as a construction laborer, an autoworker, and a community organizer, after which she discovered her life’s work as a writer. :She would publish her debut book Asian American Dreams: The Emergence of an American People in 2000, and in 2018, She released her book Last Boat out of Shanghai: The Epic Story of the Chinese Who Fled Mao’s Revolution which recounts the survivor stories of the Nanjing Massacre.