During the COVID-19 lockdown Greg decided it was finally time to start a podcast. The first episode lauched on April 11th, 2020. Two episodes later, Jason was on board as the co-host. Learn a little bit more about the boys here! All Glory to God! 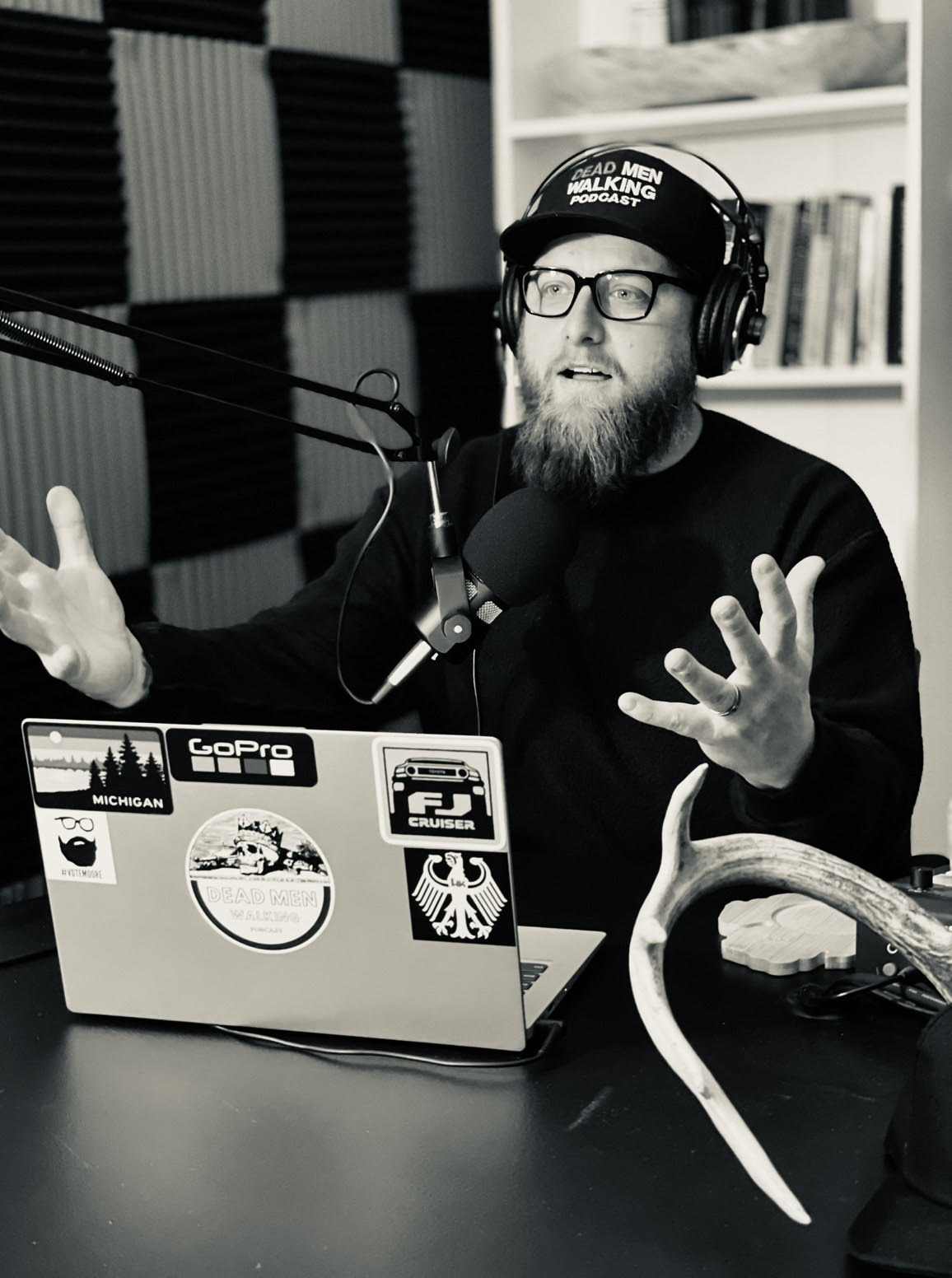 Hey guys! Thanks for listening. So... a little bit about myself: I was raised in a Christian home, by two God fearing parents. As a child we attended a non-denominational church, and I said the sinner's prayer at seven years old. After my parent's divorce, I attended a more Pentecostal non-denominational church with ties to Bethel in Redding, CA as a teen. I was homeschooled up until my sophomore year of high school, and after a year at public school I decided I wanted to partake in every "joy" the world had to offer. That started me down a path of drugs, rebellion, and complete depravity for the next eight years. While I was running as far as I could from a Sovereign God, his undeserving grace was waiting to invade my life at the exact moment God had ordained it to. At twenty-four years old, the Lord took everything from me. My job, my friends, my band, my car, my girlfriend of six years (now my wife of fourteen years, that's an entirely different testimony!) and my place to live. Homeless, friendless, and without anything left with what the world had to offer, I surrendered to the King of Kings.

I have stated many times on the podcast that I said the sinner's prayer at seven and was saved at twenty-four. It wasn't until the Lord lavished His irresistible grace on me was I able to surrender all. That started my journey into studying and meditating on the Word of God, which lead me to reformed theology. The Lord used men of God preaching the unadulterated Word of God like R.C. Sproul, James White, Matt Chandler, Mark Driscoll, and John Piper to speak into my life. I dove into the works of Jonathan Edwards, Charles Spurgeon, John Knox, John Bunyan, C.S. Lewis, and many others. God continued to reaffirm His Word in my heart and sear His sovereignty into my conscience.

As a piano player and drummer, I have played and lead worship. I enjoy studying theology and doctrine. I am married to my lovely wife Samantha, and we homeschool our three children Penelope, Coralie, and Oliver. I am a small business owner, Real Estate Broker, and have been an elected County Commissioner in the county I reside in, Monroe County, MI since 2016.

My desire is that God would be glorified in all I do, including this podcast. I hope we say something that does that for you. Thanks again for listening! 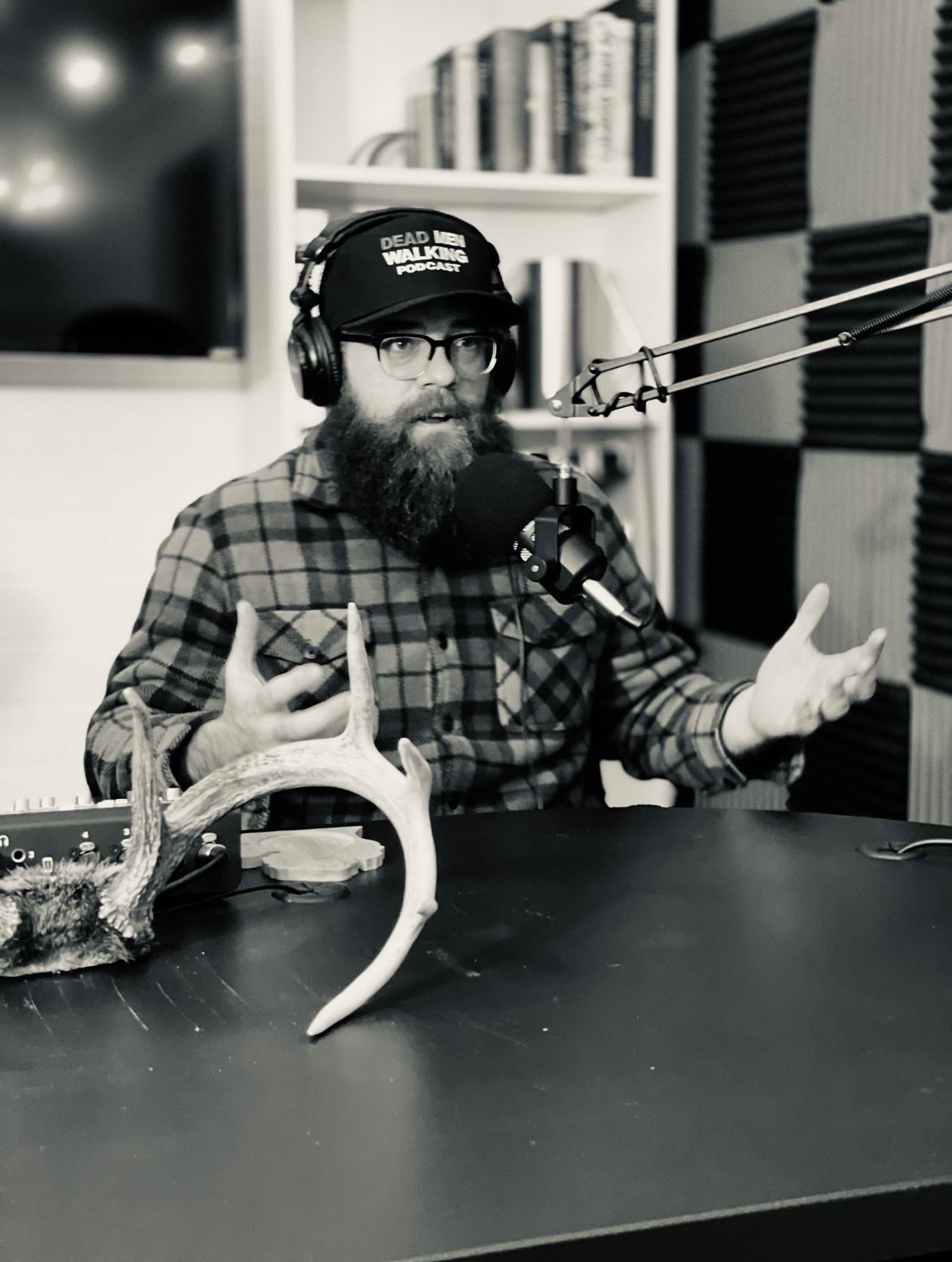 Welcome to Dead Men Walking! I would have never thought I'd be on a podcast, but by God's providence, and grace, here I am. I grew up in church. I would say it was legalistic, fundamentalist Baptist in origin. Our church was formed when the big 3 were hiring in Detroit and the surrounding areas. The church ended up becoming a place for those who were trying to find their footing in the north. Most preaching was fire and brimstone. Through the years I drifted in and out from the church and those valuable lessons. God put a guitar in my hand at a young age and music in my heart. I toured and traveled in a band from coast to coast, to Europe, and to Japan. We unfortunately ran our course learning some extremely hard lessons. After I left the band in 2013, I started working at Ford motor company. Through many losses and hardships, through pain and misery, through times where I didn't want to live, Jesus regenerated and redeemed my life! I praise God for what He has accomplished in me. So much more to learn, but sanctification is a process. I am now a reformed man living every day by denying myself and picking up my cross. Christ is the reason we do this. To God be the glory! We pray that you are blessed as we proclaim the name of Jesus on our podcast! Thank you for listening!