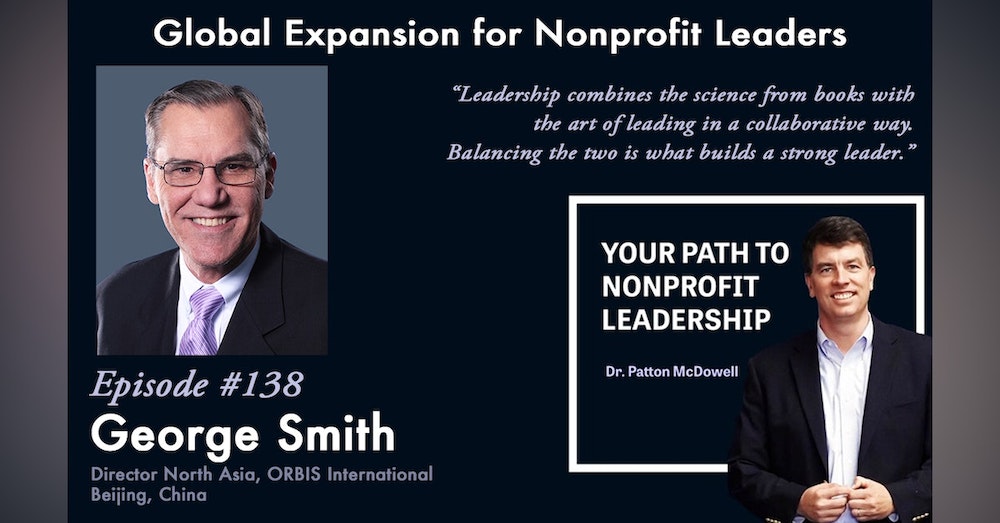 Regardless of where you are on Your Path to Nonprofit Leadership, insight gained from today’s episode with George Smith will no doubt up your game.  Within the first few minutes, George will inspire you as he and Patton reminisce on shared experiences with Eunice Kennedy Shriver and the single most important leadership skill the entire Kennedy clan learned early on.  George expands on his early leadership experiences as he transitioned to the global sector. He shares how not relying on assumptions of standard practices but adapting and capitalizing on the different norms and values of other cultures will develop a higher quality and better performing team.  George also lays out specific examples of leading through varying cultural norms in a collaborative way will build strong leaders throughout an organization who are confident and articulate in communicating with their superiors and peers. By implementing some of the adaptations discussed to your own leadership style, you’re sure to enjoy an environment of collaborative learning and development that will elevate your own skills as a nonprofit leader.

George has worked for over 30 years in senior management for International Non-Government Organizations and is recognized as a leader in NGO management and international development. From 1985 until 2002, George worked for Special Olympics International (SOI).  During his tenure he opened the first SOI office in China and served as the Managing Director, East Asia, based in Beijing, China.  He led the development and global roll-out of Unified Sports, an inclusive program bringing together people with and without intellectual disabilities.  Finally, he is recognized for his pioneering work developing SOI programs in other regions including Eastern Europe/Russia and the Middle East. Since 2010 he serves as the Managing Director, North Asia with Orbis. He has helped position Orbis North Asia as a leading International NGO in China and has strengthened relationships with the government and corporate communities.  During his long NGO career, George has been responsible for high level strategic planning, staff management, project development and evaluation, fund raising, donor stewardship, government relations and advocacy. He has received several awards including the R. Tait McKenzie award for his contributions in Health and Physical Education around the world.  He has been awarded the Presidential Citation by the American Alliance for Health, Physical Education, Recreation and Dance for outstanding contribution to international development projects. 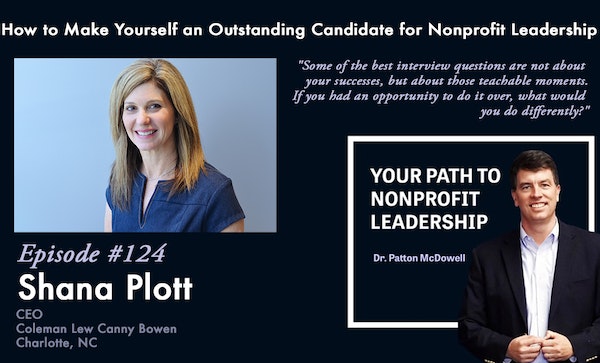 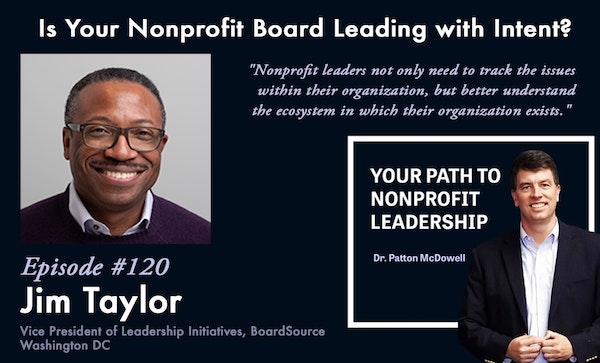 120: Is Your Nonprofit Board Leading with Intent? (Jim Taylor)

120: Is Your Nonprofit Board Leading with Intent? (Jim Taylor) SUMMARY As Jim Taylor shared on episode #35 of the Path Podcast , … 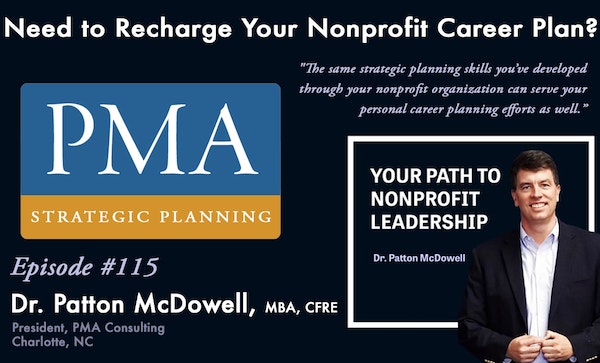 115: Need to Recharge Your Nonprofit Career Plan? ( Patton McDowell ) SUMMARY While the new year gets most of the attention as th…