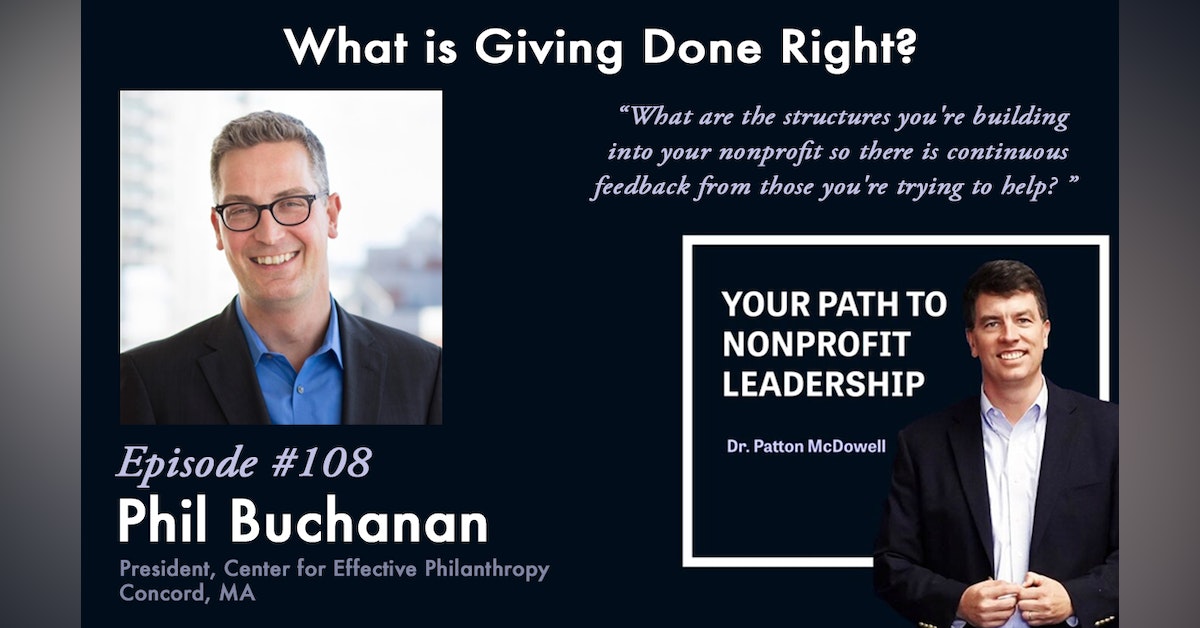 What are the critical issues facing nonprofit leaders right now, and how do they impact the funders that support their efforts? That’s exactly the question I posed in this bonus episode #108 of the Path to Phil Buchanan, who has led the Center for Effective Philanthropy for nearly 20 years. CEP has studied many of the key issues facing our sector, and Phil is uniquely qualified to identify the key trends that will affect nonprofit leadership as we move through the pandemic and try to determine what, if anything, will be different going forward.  He is optimistic that some of the creative leadership tactics demonstrated over the last year will be further rewarded by funders, and helps illustrate how nonprofit leaders can best position themselves for future success.

Phil Buchanan, president of the Center for Effective Philanthropy, is a passionate advocate for the importance of philanthropy and the nonprofit sector and deeply committed to the cause of helping foundations and individual donors to maximize their impact. Hired in 2001 as the organization’s first chief executive, Phil has led the growth of CEP into the leading provider of data and insight on philanthropic effectiveness. Phil is author of Giving Done Right: Effective Philanthropy and Making Every Dollar Count, published in 2019 by Public Affairs and named the “Best Philanthropy Book of the Year” by Inside Philanthropy. He is co-host of a podcast, also called Giving Done Right, with CEP’s Grace Nicolette. Phil is a frequent blogger for the CEP Blog, author of op-eds that have appeared in publications such as The Financial Times and The Boston Globe, and a frequent commentator on philanthropy in the media. Phil is co-founder of YouthTruth, an initiative of CEP’s designed to harness student perceptions to help educators and funders accelerate improvements in K–12 schools and classrooms. In 2016, he was named the Nonprofit Times “influencer of the year” and he has been named nine times to that publication’s “Power and Influence Top 50” list. Phil serves on the boards of directors of Philanthropy Massachusetts and the National Council on Aging. Phil lives in Concord, Massachusetts with his wife and their two daughters. 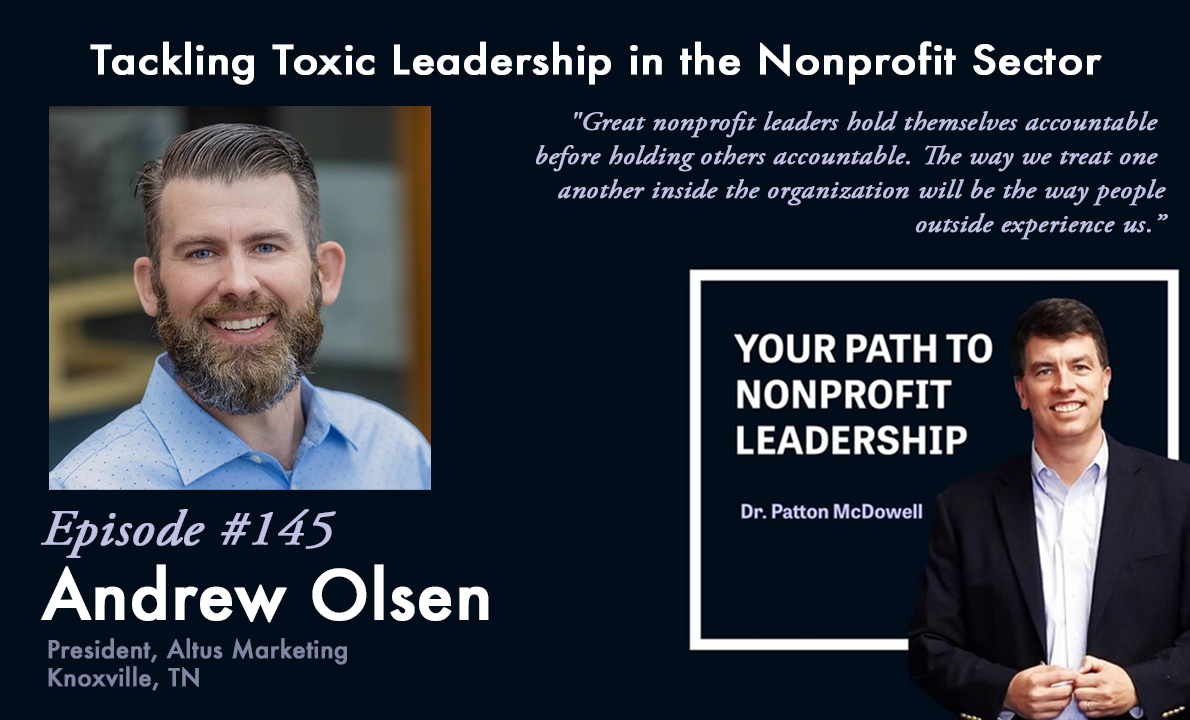 145: Tackling Toxic Leadership in the Nonprofit Sector (Andrew Olsen) SUMMARY Does your nonprofit organization exhibit symptoms of toxic leadership? Feelings of isolation among staff could be misinterpreted as stresses relat... 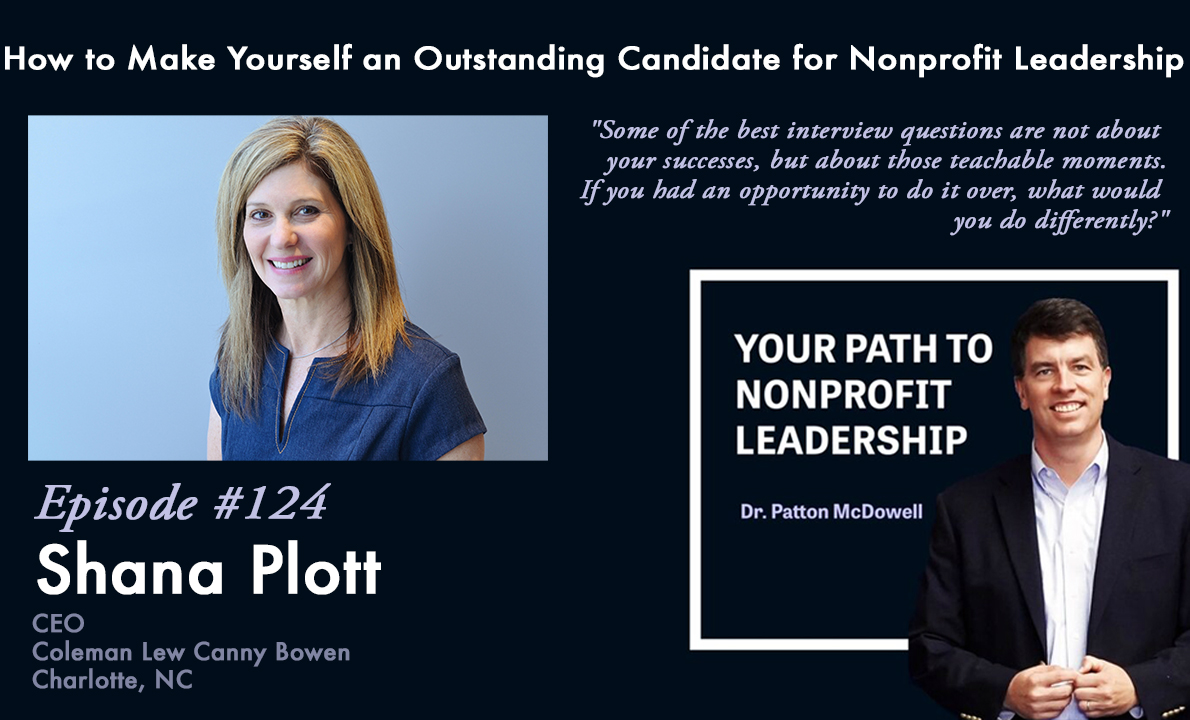 124: How to Make Yourself an Outstanding Candidate for Nonprofit Leadership (Shana Plott) SUMMARY As a nonprofit leader, you’ve likely encountered both sides of the talent development equation: seeking a new opportunity for y... 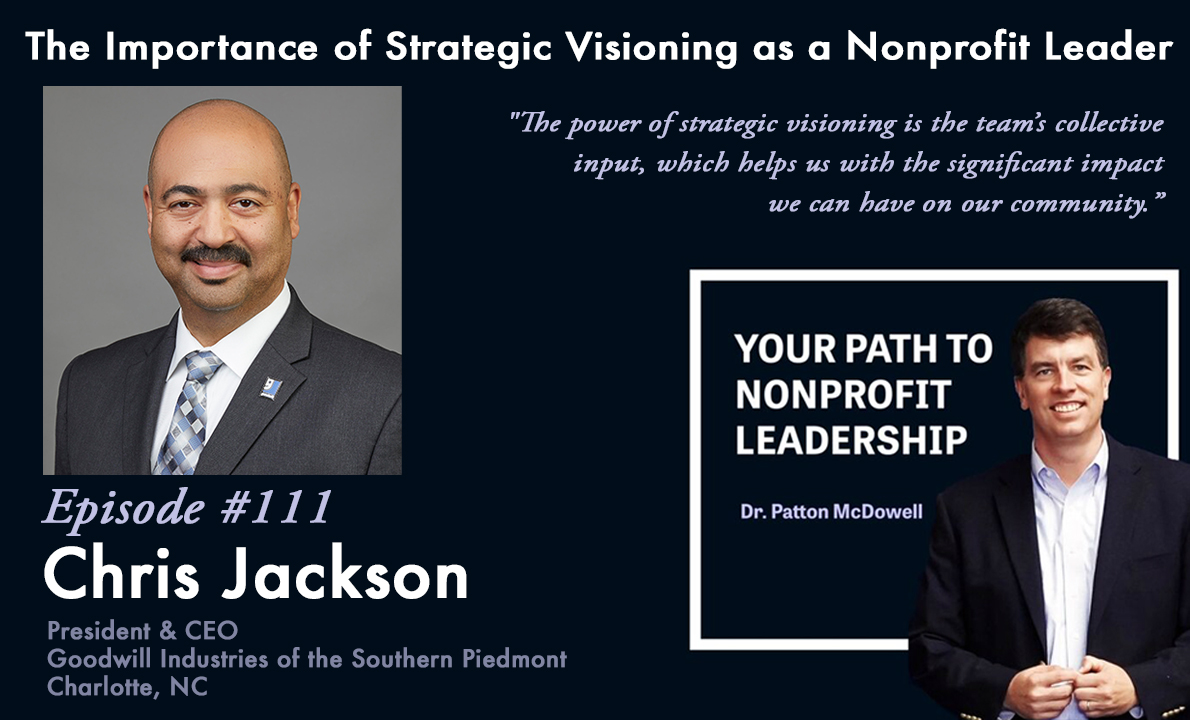 111: The Importance of Strategic Visioning as a Nonprofit Leader (Chris Jackson) SUMMARY There are many essential elements to successful nonprofit leadership, but perhaps none more important than an ability to conceive and im...