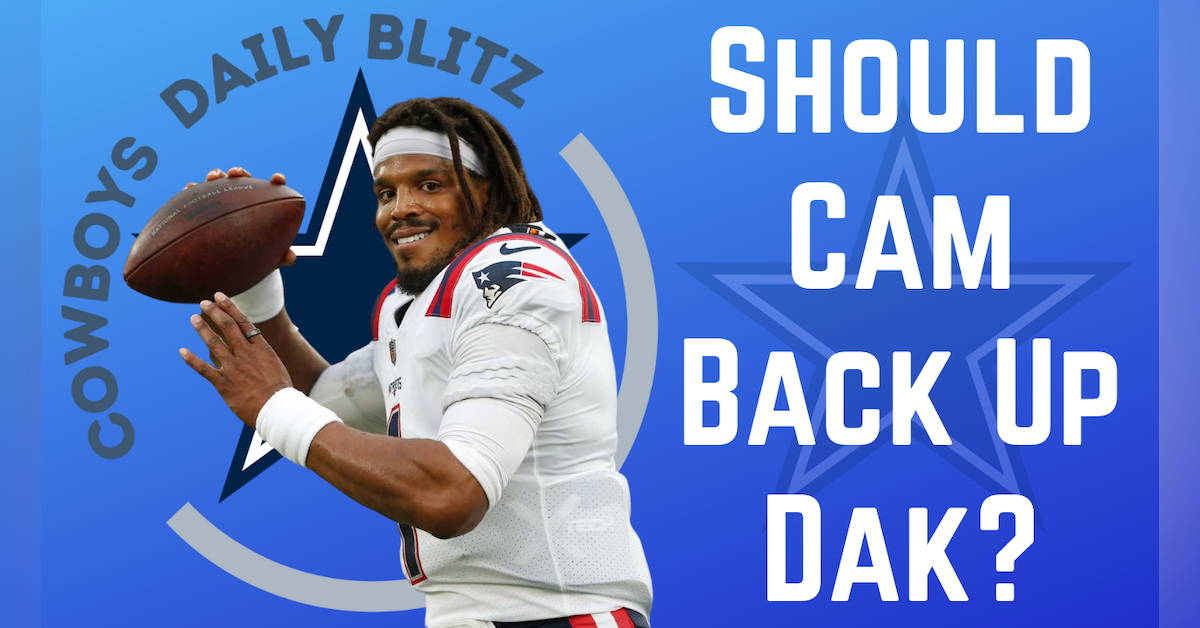 A few NFL teams are interested in the former MVP as more than just a backup, but is he a good fit in Dallas? &#8211; The Cowboys Daily Blitz Podcast

Presented by BetUS.com - Bet with the 3-Decade leader, BetUS! Join now for a 125% bonus or a 200% bonus with crypto. Use promo code DSP125 for bonus or DSP200 for crypto, and bet sports, casino, horses, pop culture, & more at BetUS.com. You bet, you win, you get paid. BetUS.com The preseason is done. We’ve seen the Dallas Cowboys’ plan for a backup quarterback in Cooper Rush. We’ve seen the runners-up in Ben DiNucci and Garrett Gilbert. Welcome to the Daily Blitz by DSP Media in partnership with CowboysSI.com. Cam Newton was surprisingly released by the New England Patriots on Tuesday, beginning the Mac Jones era in Foxboro, Massachusetts. Does Cam have anything left? If he’s not good enough for New England why would he be good enough for Dallas? Newton obviously struggled last season throwing for only 2,657 yards (24th in the NFL), a 65.8% completion percentage (18th), 7.2 yards per attempt (20th), and just 177.1 yards per game (34th). Add to that eight touchdowns and 10 interceptions on the year, and it’s clear Newton was not his old productive self. But maybe the Cowboys don’t need him to be the old Cam. Maybe they just need someone with a similar skill set to current starting quarterback Dak Prescott so the offense doesn’t have to change much in a short-term situation where Newton might have to play. Maybe they just need someone who still has legs and can extend plays to keep opposing defenses honest, and who can get the ball to any one of the trio of outstanding wide receivers he has to pick from. Is Cam that guy? Let’s discuss! Please join us daily for the Daily Blitz at CowboysSI.com, TheBlitzcast.com, or the Dallas Cowboys Blitzcast YouTube Channel. And make sure to subscribe for all the latest videos and visual content! Then continue the conversation on our new forums, or on Twitter: @CowboysDailyPod and @IndyCarTim. To submit a question for the show please email us at TheCowboysBlitzcast@gmail.com.