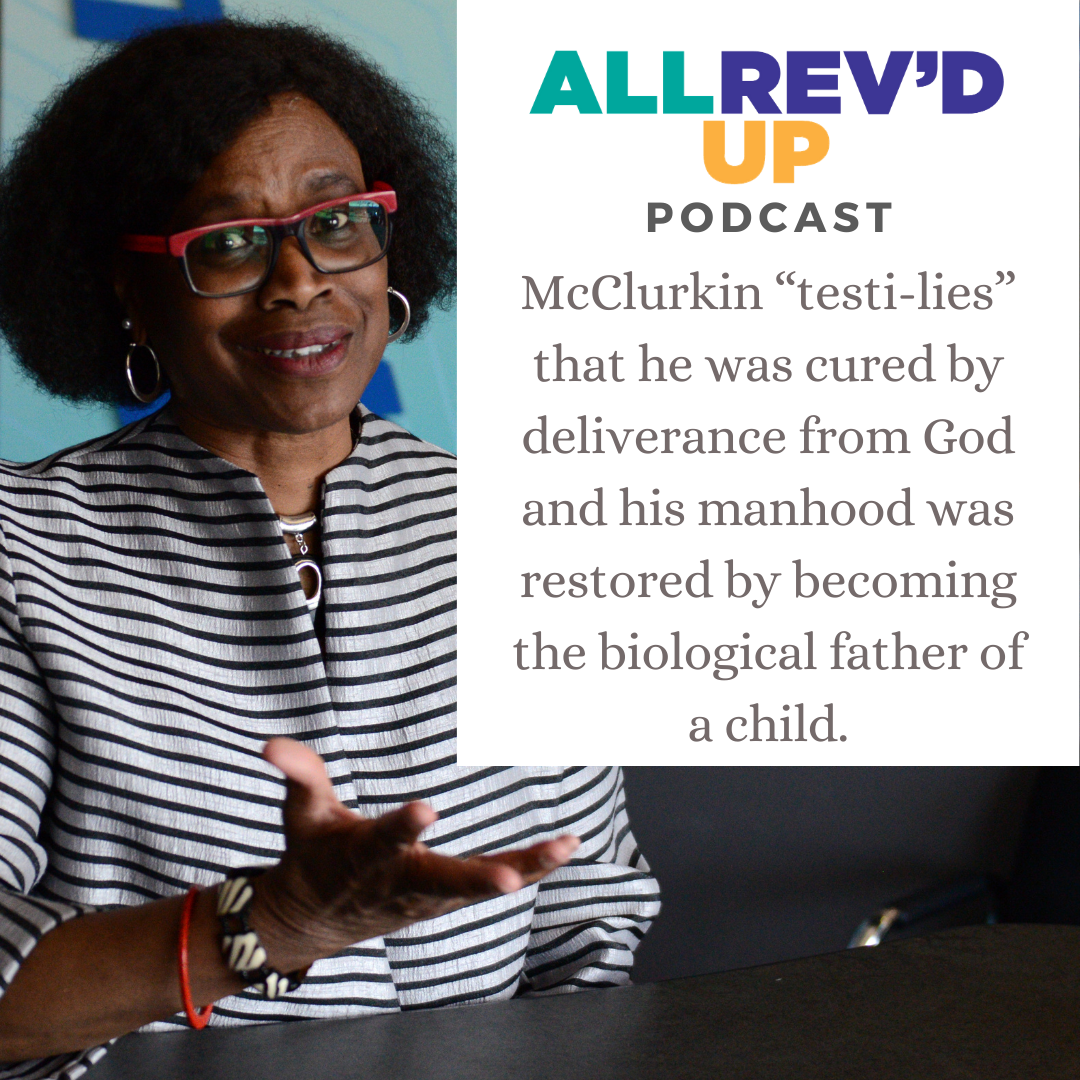 This coincides with our episode on "Black Sexuality, Don't Ask, Don't Tell"

In a recent episode of TV One’s Uncensored, Pastor Donnie McClurkin – a three-time Grammy winner and the former poster boy for African American ex-gay ministries – talked about his sexual past.

“I didn’t know really what a woman wanted,” he said. “I’ve messed up more than I’ve had good. My past relationships were a sprinkling of everything–men and women.”

McClurkin admitted he still has sexual urges to be with men but won’t act on them. He compares his gay desires to diabetes: “I don’t eat sugar, but it doesn’t mean that I don’t want sugar.”

McClurkin’s sexuality has been an open secret, but now, at 61 years old, McClurkin is lamenting about growing old and being alone. While the Black LGBTQ community would applaud someone of McClurkin’s status telling the truth about his sexual past, many of us can’t care because of decades of damning and damaging messages he hurled at us.

According to McClurkin, Black men like Tonéx are gay because of sexual molestation, an absentee father, or because they didn’t have strong male images around them. McClurkin attributed his own homosexuality to being raped twice as a child – first at age eight by his uncle and again at age thirteen by his cousin (his uncle’s son).

“You can’t call me a homophobic if I’ve been a homosexual… My thing was from [being] raped. And this started a pathology,” McClurkin stated on The Tom Joyner Morning Show in 2013.

Confusing same-gender sexual violence with homosexuality, McClurkin misinterpreted the molestation as the reason for his sexual orientation. McClurkin “testi-lies” that he was cured by deliverance from God and his manhood was restored by becoming the biological father of a child.

In 2010, Pastor McClurkin’s homophobic past came back to haunt him.

Every year, then-Boston Mayor Tom Menino’s Office of Arts, Tourism, and Special Events put on its annual GospelFest at City Hall Plaza. Because the GospelFest was a public and taxpayer-funded community event, it was open to all.

McClurkin was billed as the main event in the 2010 Boston GospelFest, and many African-American LGBTQ communities were not in attendance at the event, nor was the mayor.

“I learned yesterday…of the depth and breadth of Donnie McClurkin’s views on the gay community,” wrote Julie Burns, then-Director of Arts, Tourism and Special Events for the Mayor’s Office, in an email.

“I am embarrassed to say that I was not aware of this, and we obviously should have vetted him further. GospelFest is in its 10th year and is arguably the largest gospel event in New England. Minister McClurkin was recommended to us by a number of people, and we were swayed by his artistic honors. Of course, this does not excuse the situation that we now find ourselves in! Please rest assured that Mayor Menino did not know anything about this and would never condone ‘hate speech’ of any kind.”

Menino had the trust and respect of both African-American and LGBTQ communities. However, when it came to moving Boston’s Black ministers on LGBTQ civil rights, Menino’s struggle had been similar to that of other elected officials and queer activists—immovable.

His absence from that year’s GospelFest was another example of how Boston’s Black ministers — an influential and powerful political voting bloc of the mayor’s — would rather compromise their decades-long friendship with City Hall than denounce McClurkin’s appearance.

In 2013, McClurkin was scheduled to be one of the singers at the Martin Luther King Jr. Memorial during the “Reflections on Peace: From Gandhi to King” event. D.C.’s mayor, responding to LGBTQ activists’ outcry of McClurkin’s appearance, withdrew the invitation.

On Uncensored, McClurkin doesn’t come out with a full-throated statement about being gay or bisexual. Instead, he speaks about his sexuality in terms of marriage.

Of course, McClurkin is referring to heterosexual marriage and has been an opponent of the marriage equality movement.

In 2021, I am still asking these three questions: Why can’t we as an African American community tell the truth about our sexuality? What price do we pay in telling the truth? And what role does the church play in perpetuating not only unsafe sexual behavior but also demonizing its members of the LGBTQ community?