All Rev’d Up explores where faith intersects politics and culture. Reverend Irene Monroe and Reverend Emmett G. Price III come from different black faith perspectives, they’re of different generations, they hail from different parts of the country, and they come together in this podcast to talk about faith in a different way. They don’t always agree, but they always hear each other out. Dive into conversations around race, faith, and this week’s headlines with the Revs every other Wednesday. When something happens in the world, you want their take on it. All Rev’d Up is produced by WGBH. 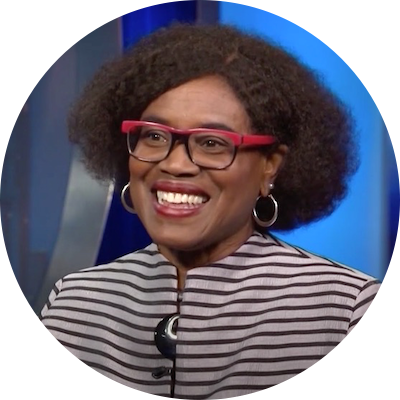 Monroe does a weekly Monday segment, “All Revved Up!” on WGBH (89.7 FM), on Boston Public Radio that’s now a podcast, and a weekly Friday commentator on New England Channel NEWS (NECN). She’s a Huffington Post blogger and a syndicated religion columnist. Her columns appear in 23 cities across the country and in the U.K, and Canada. And she writes a weekly column in the Boston home LGBTQ newspaper Baywindows.
Monroe stated that her “columns are an interdisciplinary approach drawing on critical race theory, African American , queer and religious studies. As an religion columnist I try to inform the public of the role religion plays in discrimination against lesbian, gay, bisexual, transgender and queer people. Because homophobia is both a hatred of the “other ” and it’s usually acted upon ‘in the name of religion,” by reporting religion in the news I aim to highlight how religious intolerance and fundamentalism not only shatters the goal of American democracy, but also aids in perpetuating other forms of oppression such as racism, sexism, classism and anti-Semitism.”

In inviting Monroe to speak at The United Nations International School at the UN they wrote “Rev. Monroe, your active role in the fight against homophobia and your written activism for human rights has truly made an impact on this world, as well as your theories on religion and homosexuality in the U.S.”

Monroe is a Visiting Scholar in the Religion and Conflict Transformation Program at Boston University School of Theology and she is the Boston voice for Detour’s African American Heritage Trail.

As an activist Monroe has received numerous awards: the 2015 Top 25 LGBT Power Players of New England Award by Boston Spirit Magazine and the Open Door Award for work with HIV/AIDS, Black Church and LGBTQ community; 2013 Bayard Rustin Service Award recipient, and GLAD 2012 Spirit of Justice awardee. She appears in the film For the Bible Tells Me So and was profiled in the Gay Pride episode of In the Life, an Emmy-nominated segment. She received the Harvard University Certificate of Distinction in Teaching several times while serving as head teaching fellow for the Rev. Peter Gomes.

Her papers are at the Schlesinger Library at Radcliffe College’s research library on the history of women in America. You can find out more about Monroe at www.irenemonroe.com 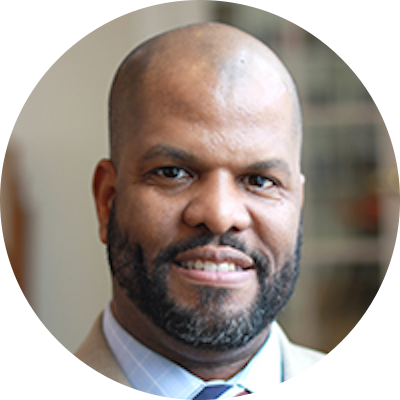 Emmett G. Price III is one of the nation’s leading experts on Music of the African Diaspora, Christian Worship and the Black Christian Experience. He has spent much of the past few decades writing, lecturing and conducting cutting edge research on bridging the generational divide. A well-regarded scholar, educator and public speaker, Dr. Price has the unique ability to capture the hearts and minds of the most diverse and versatile audiences with his compassionate sense of humor, his amicable intellect and his quick wit. He is a noted print and broadcast media expert, as well as a widely sought-after keynote speaker and preacher. In 2011 the Boston Business Journal recognized him as an “Emerging Leader” and in 2013 honored him as one of the 40 influential businesses and civic leaders in Boston under the age of 40.

Born and raised in Los Angeles, California, Dr. Price received a B.A. in music from the University of California, Berkeley and earned both his M.A. and Ph.D. in music (ethnomusicology) from the University of Pittsburgh. Currently, Dr. Price serves as Dean of Africana Studies at Berklee College of Music. Prior to his current post, Dr. Price served on the faculties of Gordon-Conwell Theological Seminary (2016-2021) where he founded the Institute for the Study of the Black Christian Experience (ISBCE) and Northeastern University (2001-2016) where he served as chair of the Department of African American Studies (2008-2012). He has served as visiting professor at Boston University, Berklee College of Music, Andover Newton Theological School and Brandeis University. He has served as a guest lecturer at over 50 universities worldwide.

An acclaimed scholar, Dr. Price is the author of HIP HOP Culture (ABC-CLIO, 2006), executive editor of the Encyclopedia of African American Music (ABC-CLIO, 2011) and editor of The Black Church and Hip Hop Culture: Toward Bridging the Generational Divide (Scarecrow Press, 2012). He is the former editor-in-chief of the Journal of Popular Music Studies, the academic journal of the United States Branch of the International Association for the Study of Popular Music (IASPM). Along with numerous commissioned writings and book length chapters, his work can be found in African American Review, American Music, Black Music Research Journal, the Boston Banner, the Boston Herald, Ethnomusicology, International Jazz Archives Journal, GIA Quarterly: A Liturgical Music Journal, NOTES: Quarterly Journal of the Music Library Association, and Yale Journal of Music and Religion.

Dr. Price is a celebrated keynote and public speaker in high demand; he has addressed audiences at Nike, Network Health, the U.S. Coast Guard, Raytheon, Year Up, the Rock and Roll Hall of Fame & Museum, the American Association of Colleges of Pharmacy, Inc., the Museum of Fine Arts, Boston Business Journal, American Jazz Museum and many more. He has made several appearances on GBH-TV’s Basic Black and a regular contributor to GBH’s Boston Public Radio segment “All Revved Up!” Dr. Price is the co-executive producer/ co-host of the very popular All Rev’d Up Podcast. He has served as a guest lecturer at over 40 universities worldwide.

An ordained minister, Dr. Price serves as Founding Pastor of Community of Love Christian Fellowship (Allston, MA). Since 2011, he has served as the Director of the James Abbington Church Music Academy as part of the Hampton University Ministers’ Conference & Choir Directors’ and Organists’ Guild.

A professional musician, Dr. Price has performed throughout the United States, the Caribbean, Paris and the United Kingdom as both a solo artist and as a sideman. As a composer and arranger, he has worked with internationally lauded poet and playwright Ed Bullins, the Greater Boston/ Cambridge John Coltrane Memorial Concert Ensemble, the Zamir Chorale of Boston and numerous gospel choirs, sacred music ensembles and jazz bands across the globe.

Dr. Price is a respected civic leader and currently serves as the Chair of the Board of Directors for the Emmanuel Gospel Center (EGC). He previously served on the Board of Directors for JazzBoston (former CEO & Board Chair), the MetroWest YMCA Association (former Board Chair), the Friends of the John Coltrane Memorial Concert, Message Media Ed and the Boston Urban Music Project (BUMP). Dr. Price currently serves on the Board of Trustees for the Robert E. Webber Institute for Worship Studies and previously served as a Trustee of Massachusetts Bay Community College. 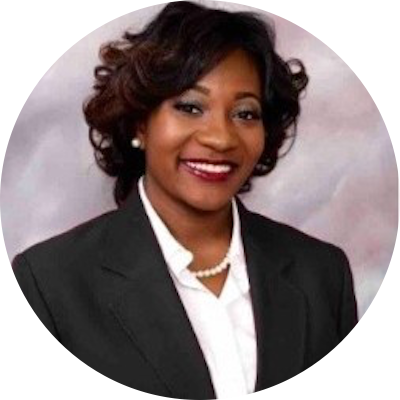 Kyla L. Wright is a 2020 graduate of Syracuse University with a master's degree in Magazine, Newspaper and Online Journalism and certificate in Sports and Media Communications. Born and raised in Detroit, Wright received opportunities to be a spokesperson for many organizations that she was a part of – which is how she discovered her passion for writing and public speaking.

Wright has traveled North America, Europe and Asia through a combination of journalism, ambassadorships and advocacy. Her speeches, keynotes and panels include visits to the Beijing Institute of Technology, the US Supreme Court, Hampton University, the Urban League of Detroit and Southeastern Michigan, Detroit-area middle and high schools, the Midnight Golf Program and Girl Scouts of Southeastern Michigan. Kyla’s speeches and research has focused on sexual assault awareness, college preparation, the importance of HBCUs and international travel among the African American community.

Wright has been recognized around the country for her journalistic and leadership works. In 2018, she was awarded the Betty Endicott Journalism Award by the National Academy of Television Arts and Sciences – the Emmys – in the Mid-Atlantic Region. Wright has received many academic accolades and been inducted into three collegiate honor societies: Kappa Tau Alpha, Golden Key International and Phi Eta Sigma, where she is a Charter Member. She is the first recipient of the Motown Rising Star Award through the Motown Museum’s Educational Initiative: Motown.EDU. Kyla has also received numerous local community service awards.

Kyla’s goal is to work as a sports and entertainment reporter, eventually creating her own nationally-syndicated platform. 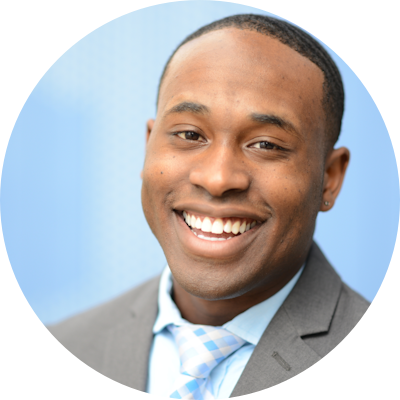 Kavontae Smalls’ passion for storytelling has fueled his media career for more than a decade. Kavontae is an award-winning journalist with experience in traditional and new media for commercial and public media outlets as well as media and public relations experience in the government and non-profit sectors.
Kavontae currently serves as a television and podcast producer for programs that shares underreported stories within communities of color and other marginalized groups. In his previous roles, he has served in external communication and digital capacities for a sitting U.S. congressman, sheriff’s office and the Salvation Army. Kavontae’s news career began a more than a decade ago in traditional journalism working for commercial television stations throughout Northwest Florida and Ohio sharing fact-based stories which spanned from Presidential campaigns, to heartbreaking stories of loss of loved ones, to uplifting stories of triumph, and investigative pieces.
Throughout Kavontae’s career, he has become effective at fact-based information gathering, mastering the art of the interview, brand building by leveraging effective marketing in traditional and new media, and capturing memorable moments through compelling visuals.
Kavontae’s work has received several awards and recognitions including the National Academy of Television Arts and Sciences, Boston/New England Governor’s Award, multiple Emmy nominations, National Association of Black Journalists Salute to Excellence, Massachusetts Psychological Association Media Award, Clarion Award, and news story appearances on CNN and MSNBC national cable outlets. One of Kavontae’s stories exposing elderly abuse and neglect led to a nursing facility being shut down and its owners sentenced to prison. As a public relations professional, he helped raise more than $188,000 as part of a marketing campaign for families in need. Kavontae also oversaw media coverage from local, state, and national media outlets including CNN, CBS, Washington Post among many others for Congressman Matt Gaetz.
Kavontae holds a bachelor’s degree in telecommunications with emphasis in television and film journalism and a minor in political science from the University of West Florida.