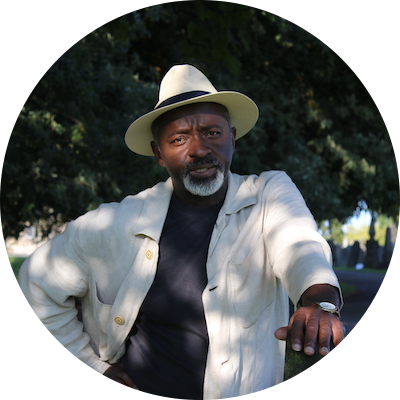 Tayo Aluko is a playwright, a stage and TV actor, and a singer born in Nigeria, and living in Liverpool. His one-man play about Paul Robeson, titled CALL MR ROBESON, has taken him as far afield as the North West Territories of Canada and Australia and New Zealand, and to New York’s Carnegie Hall. A second play, JUST AN ORDINARY LAWYER, deals with Black liberation struggles worldwide, and has also been performed on three continents. He has initiated an international project titled MAPPING “GREATNESS,” in which people of the Global Majority worldwide film themselves performing his poem GREATNESS IN A TIME OF COVID in many languages, as a response to Imperialism and the global pandemic. His audio play PAUL ROBESON’S LOVE SONG is available online. He continues to write drama which demonstrates how Black History is everybody’s history, every day of every year, and is a history of resistance, resilience and triumph.

Pictures at an Exhibition

Episode 2 of Season 3 finds Helen attending the opening of a showing of her friend Jean's watercolours at a local art gallery. Sh…