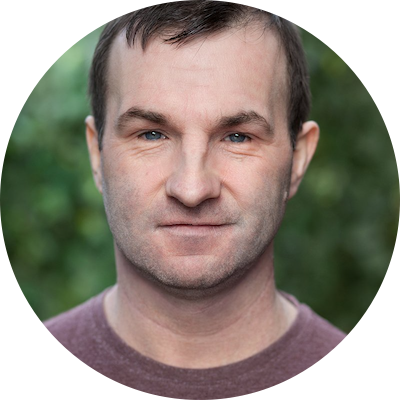 Edward Donnelly trained at the Birmingham Theatre School and graduated in 2005. Since then he has appeared in a wide variety of roles from panto to Shakespeare, and performed in schools, theatres, tv, and even Glastonbury!

Edward is also a big Star Wars and James Bond fan and would love a part in either of them!

S6E5. Susie's old professor is behaving suspiciously, Helen enjoys a chat with her neighbour Jennifer, and the international scie…

Episode 4 and Helen is back at the Cheese Shop Cafe for her regular Single Shot Flat White. When she backs into the same customer…