Welcome to the new website for the Your Digital Marketing Coach podcast! 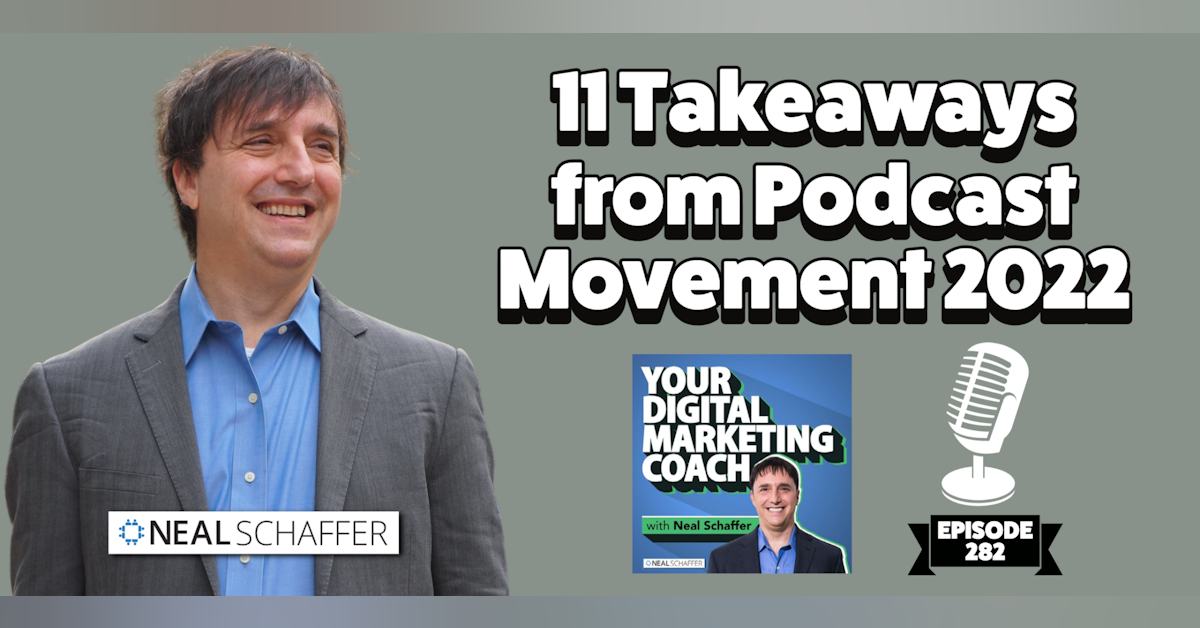 I had an awesome time at the world's largest event dedicated to podcasters and podcasting for business: Podcast Movement 2022 in Dallas, Texas.

Since you are listening to this podcast, you already know how compelling a medium podcasting can be. But what are the newest trends and technology you should be aware of if you are a content creator or looking into tapping into podcasting for your business?

Look no further - just listen to my report and you'll feel as if you attended the event yourself!

[21:35] An Interesting Shift in Podcasting

Sign up to be the first to know about future announcements from Neal!