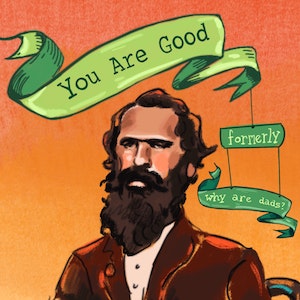 Joyful and illuminating show, from the siblings who replaced us

It hit me when I was listening to the episode on the Big Chill and they were saying, these were our parents, and I thought, no these were *our* parents. Of course, they would not recognize what they represent to us— the Gen X kids from the Breakfast Club—they were the babies that our aunts had—the ones who waited to have their kids until they had a degree, or the babies that our parents had after they found themselves and got remarried. The millennials were the babies that our friends at The Breakfast Club had to love and care for, while suppressing the jealousy they felt when their dads said some variation of, “This time I’m really going to get it right!” They were the babies from the custody cases I heard about from the perspective of their much older siblings and cousins— the babies who got so much more attention and so many more promises, but got betrayed in their own way. We were the ones that everyone wanted to forget when they started over with their new families, after they got their degrees— the ones the first batch of boomers had when they were in their early twenties, just before feminism took off. I love how these kids turned out— I understand why the Gen X’ers are bitter about being forgotten by their boomer parents and millennial siblings— but I’d rather listen to these two any day. You are good!