Surviving Dad and A Nightmare on Elm Street 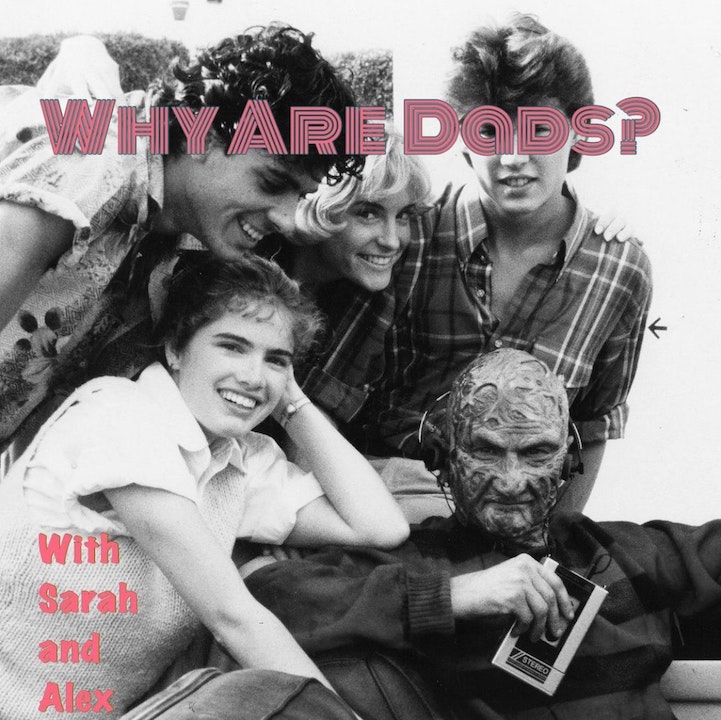 It’s about a lascivious dream demon, sure, but Sarah and Alex unpack Nightmare on Elm Street’s Dad themes and there is plenty to sort through. What happens when you realize that your parents' self-serving attempts at keeping you safe push you eve...

It’s about a lascivious dream demon, sure, but Sarah and Alex unpack Nightmare on Elm Street’s Dad themes and there is plenty to sort through.

What happens when you realize that your parents' self-serving attempts at keeping you safe push you even further into harm’s way? And when you find yourself on the hook for their sins?

Nightmare on Elm Street is, of course, the story of Nancy Thompson—a teenage girl who is stalked by Freddy Krueger, a burned man equipped with razor-like fingers. She learns that the demon was once a man in their neighborhood, a man named Freddy known for murdering children, who—after getting free on a legal loophole, was burned to death by a gang of local parents. These parents include her mother, who is now a drunk, and her father, who is an unfeeling cop. Freddy attacks and kills her friends Tina and Rod, and eventually her boyfriend Glen, and she is tasked with surviving.

Beyond that, Nightmare on Elm Street comes out at an extraordinarily fascinating time—it’s right around when America’s obsession with serial killers is starting to mature and when the Satanic Panic is beginning to take shape. If you follow Sarah’s work generally, particularly her writing on Ted Bundy for The Believer or her and Michael Hobbes' work on You’re Wrong About, you know that all of these factors play heavily into her areas of interest, and this is a great companion piece to a lot of her existing body of work. Also, thanks to feedback we received on Twitter regarding where slasher movies intersect with the popularity of serial killers in popular media, we recorded an additional piece for this episode and so what you’re hearing here is actually base don two conversations.

There are so many accompanying texts that you might be interested in, from the Michelle Remembers episodes of You’re Wrong About to articles form Psychology Today, and you can find all of those in the show notes. And one other note is that the McMartin Case, which Sarah will mention later in the episode, is one of the initial phenomena that would metastasize into what we now know into the Satanic Panic.

If you want to dive further into the cultural context, or refresh what you already know:

Why Are Dads is produced by Carolyn Kendrick with support from Knack Factory. It was created by Sarah Marshall and Alex Steed.