Lauren Lox. Texas Actor, Writer, Director & Producer Discusses Her Own Difficult Coming Out Story & Gives Advice To Those Struggling With Their Own Sexuality.

Lauren Lox. Texas Actor, Writer, Director & Producer Discusses Her Own Difficult Coming Out Story & Gives Advice To Those Struggling With Their Own Sexuality. 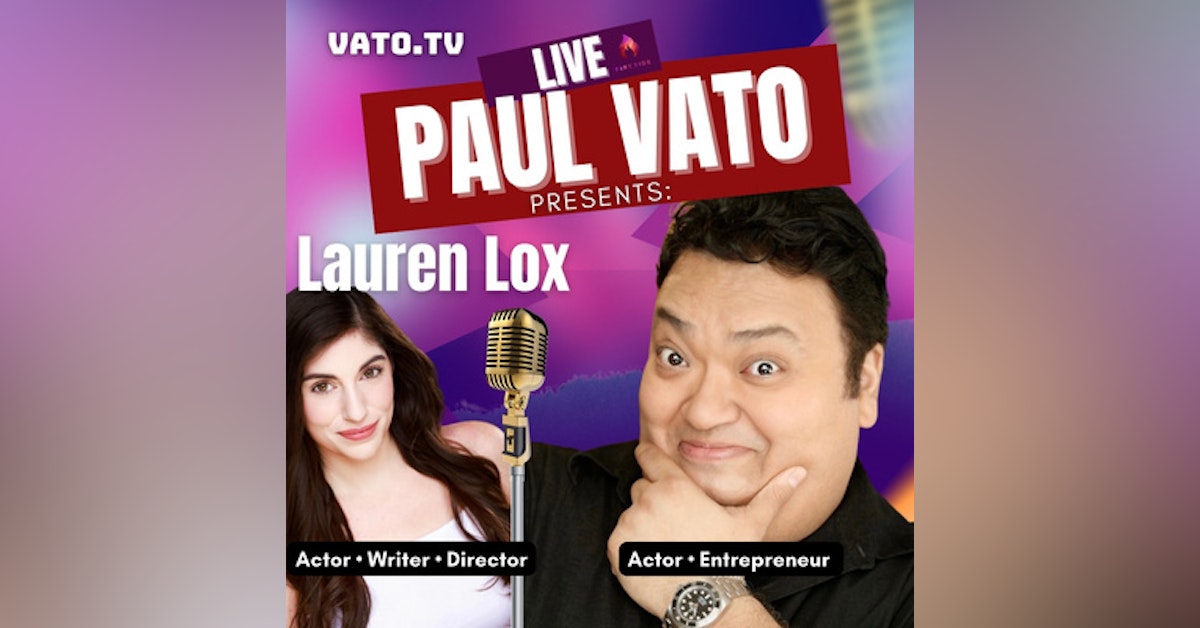 Paul Vato sits down with Lauren Lox and chat about her journey as an actor, director and producer and what motivates her to continue creating and producing her own projects in Austin, Texas. We also discuss her difficult LGBTQIA2S+ origin story and what it's like to live in Texas as a "closeted hippie"!

Lauren Lox is a filmmaker based in Austin, TX. While primarily an actor, she’s also written, directed and produced three films in less than three years. She’s currently working on her comedic web series “Making It”, focused on the hilarious struggles of beginning actors.

Lauren Lox hails from Austin, Texas, the live music capital of the world. She's best known for her roles as Audrey and Jessica in the respective award-winning short films "Allergies" and "Cleanse". She has made appearances in several feature films, shorts, commercials and music videos all over the southeast.

Born a creator, she began acting at age seven and quickly culminated a love for theater, securing roles such as Sandy in Grease and Olivia in Shakespeare's Twelfth Night. She later expanded her world view by earning a communications degree, and after a quick stint running a PR firm, found a familiar escape through turning back to the creativity residing in her bones. Thus, she launched into the world of filmmaking.

While acting is her primary forte, she sometimes steps on the other side of the lens. Lox has produced and directed three films in the last three years, earning her a Best Female Director award and several nominations for her recent film, "Positive".

When not filming, she loves to travel, attend music festivals, go hiking or rock climbing, and perpetually hopes to be a guest judge on RuPaul's Drag Race someday.

Connect with Lauren Lox at: LaurenLox.com

Monetize your knowledge AND your time with Owwll App. Give & get advice at a moment’s notice. Become an Expert on Owwll and get paid for your expertise. Enter my referral code "PV104447" during sign-up to get a $10 referral bonus. Apple users: apple.co/35HC0hd • Android users: bit.ly/OwwllGooglePlay