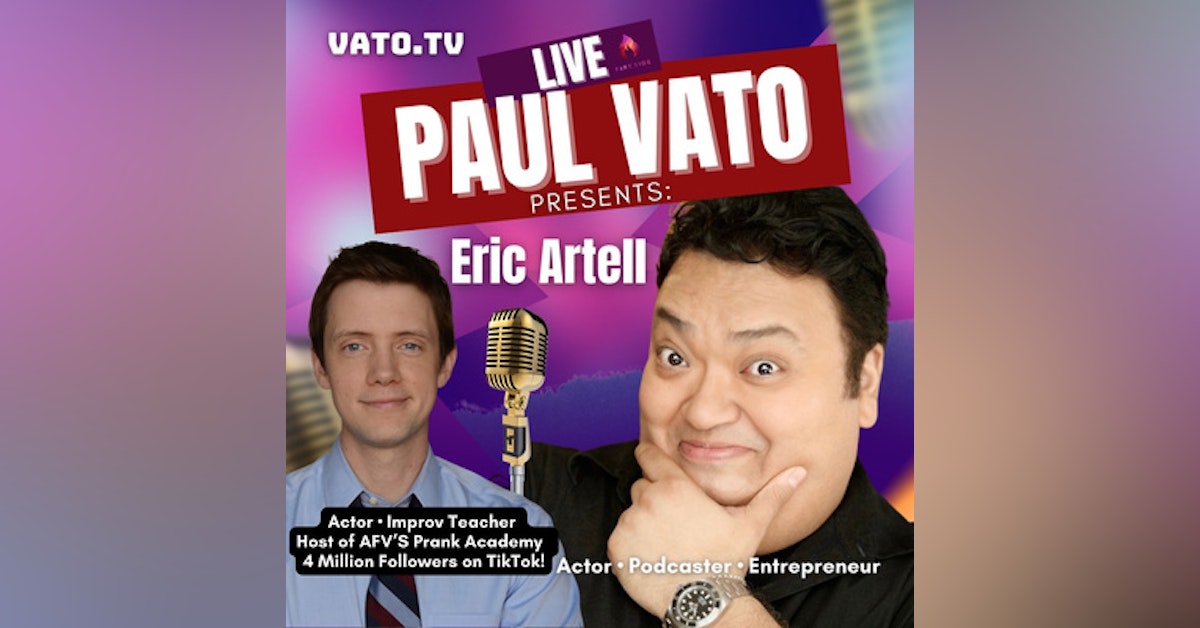 Paul Vato and Eric Artell discuss the importance of studying improvisational comedy, not just for acting but for relationships, business and life in general. We chat about working for America's Funniest Videos: Prank Academy and what it's like to be a working actor in Hollywood. Come learn the power of "Yes, and"!

Eric Artell is an actor, comedian, and host from New Jersey.

After studying Economics, the acting bug was too strong, and he began acting professionally while in Salt Lake City. His first professional job came with a role in the independent feature "Net Worth" opposite Daniel Baldwin.

Since making the move to Los Angeles, he's guest starred on a variety of TV shows (Scrubs, Monk, Zoey 101) and starred in dozens of national commercials (and even hugged Smokey Bear).  Eric has also been the Host for numerous shows, including America's Funniest Videos' (AFV) digital series "Have You Seen This" and PBS' Emmy-Award-winning science show "DragonFly TV".

Off-camera Eric has lent his voice to video games, radio and TV spots, and animated shows. He's also been teaching and performing improv comedy for over a decade after studying with LA's the Groundlings.

He resides north of Los Angeles with his family, and he enjoys in his free time (if he ever has any!) playing sports (basketball, golf, tennis, softball, soccer, ping pong, you name it), reading, and napping.

Monetize your knowledge AND your time with Owwll App. Give & get advice at a moment’s notice. Become an Expert on Owwll and get paid for your expertise. A great way for celebrities to connect, SAFELY, with their fans on a one on one basis! There is a great explainer video at Owwll.com. Enter my referral code "PV104447" during sign-up to get a $10 referral bonus.