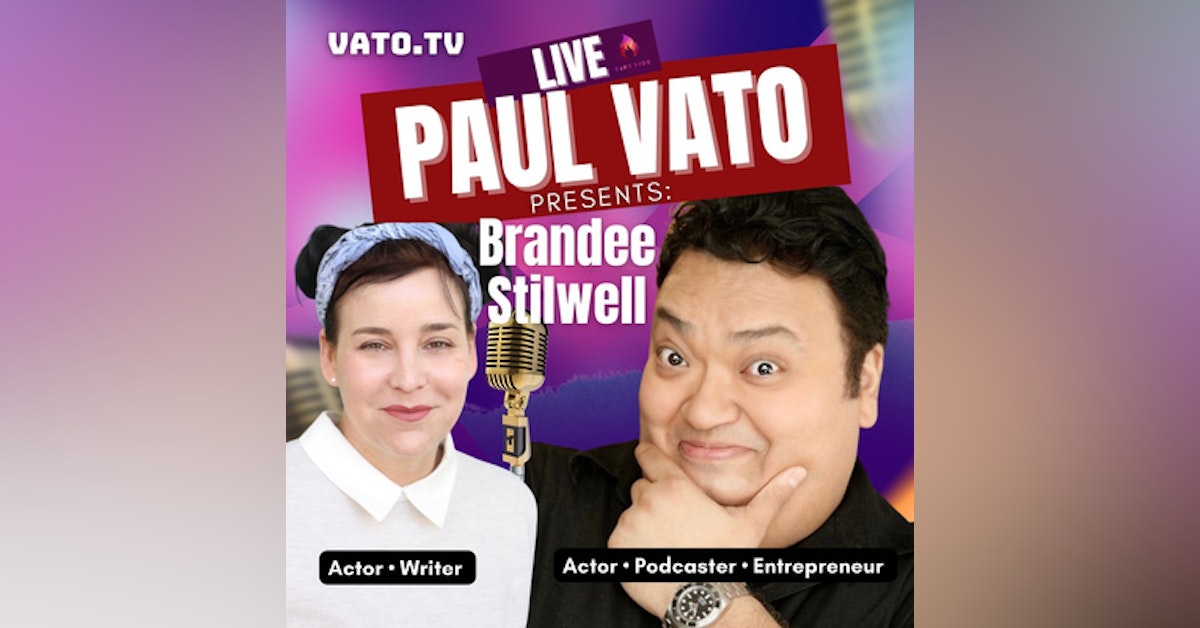 Paul Vato and Brandee Stilwell, comedic actor and author of DC's Sasquatch Detective, chat about her time working at MADtv, Family Guy and many other comedic shows of the last decade. She shares with us some incredible stories about Ron Jeremy, Gene Simmons, Betty White and Seth MacFarlane! Make sure to pick up her hilarious book of true stories, None of this is Going According to Plan, you won't be disappointed.

Born and raised as both Quaker and Cherokee in the number-one flyover state of Kansas. Brandee left the Midwest so she wouldn't become another statistic of being a divorced mother of three by the age of 19 or serving any time in the local state pen. So, she moved to Los Angeles, where she became an unsuccessful comedy writer instead. Her parents are super proud!

Brandee's resume includes stints at Mad TV, Family Guy, American Dad, and DC Comics. She has worked on various other shows for the CW, Fox, and Nickelodeon. She has written several things that she promises you've never heard of or are currently out of print.

In late 2021, Brandee’s book of true, sometimes tragic but always funny short stories was published by Sideshow Media Group called None of this is Going According to Plan.

Brandee is the creator / writer of Sasquatch Detective published by DC Comics. She's also the writer of audio dialogue for Amazon Echo's partnership with The Walt Disney Company for Disney Dailies including Zootopia and The Incredibles as well as My Disney Story featuring The Little Mermaid, Cars, The Princess and the Frog and Mickey & Friends.

She was the audio editor/ rewriter for the Star Wars: Choose Your Own Adventure series (Obi-Wan & Anakin, Han & Chewie, Luke & Leia, and Finn & Poe).  Brandee has studied at Comedy Sportz, The Groundlings, and UCB and is a graduate of Improv Olympic-West (RIP) and Second City - Hollywood.

Monetize your knowledge AND your time with Owwll App. Give & get advice at a moment’s notice. Become an Expert on Owwll and get paid for your expertise. Enter my referral code "PV104447" during sign-up to get a $10 referral bonus. Apple users: apple.co/35HC0hd • Android users: bit.ly/OwwllGooglePlay.