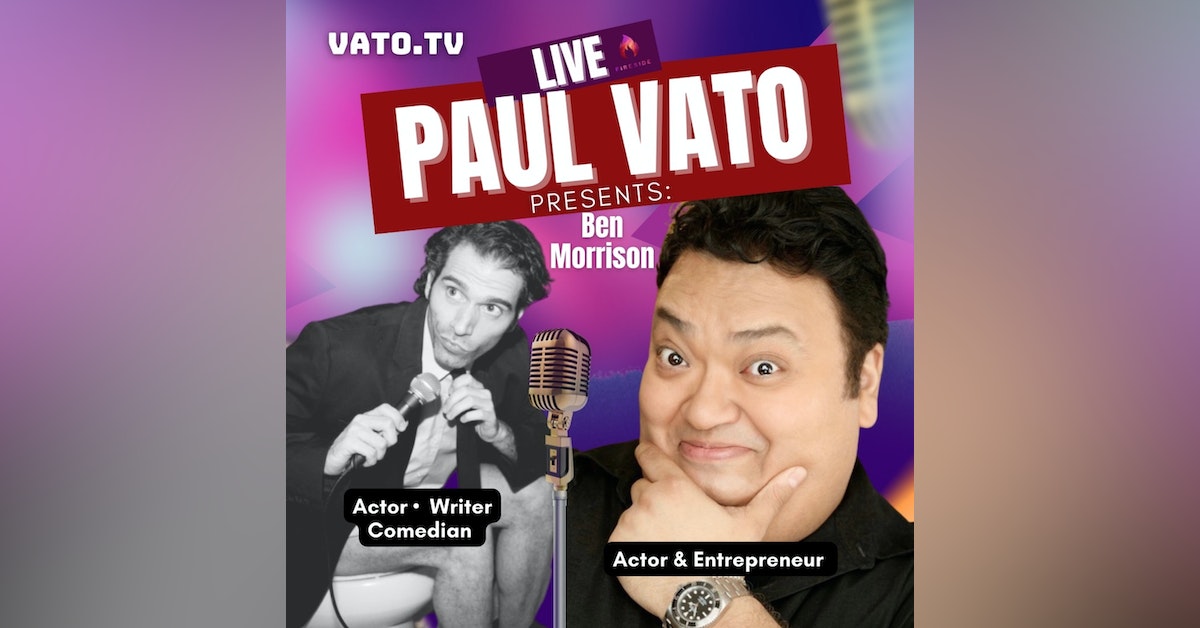 Paul Vato sits down (not on the toilet) and chats with comedian Ben Morrison. Ben has been doing stand up comedy for over 20 years and has discovered the importance of social media to help him land branding deals with major companies. Ben can also fully produce your next stand up comedy special for Netflix, Hulu, Amazon and all of the other streaming services. Paul and Ben also chat about what it was like studying with William H. Macey and David Mamet at NYU's Tisch School of the Arts and his connection to Mark Cuban, the owner of Fireside, where this podcast is recorded in front of a live studio audience.

In this episode you will learn:
1. The importance of using all social media to promote your brand.
2. The major differences and nuances of TikTok, Instagram and YouTube.
3. How Ben turned his disease into a money making business venture.

Ben Morrison is a Los Angeles based actor, writer, comedian and filmmaker. Acting since he was 6 years old, Ben is a graduate of NYU’s TISCH School of the arts where he trained under William H. Macy and David Mamet, and added stand-up comedian to his resume shortly thereafter. It’s been a blur ever since.

A staple of LA area comedy clubs, Ben is a regular at the Improv and Laugh Factory, and most recently wrote and acted in The Telethon for America, a star-studded get-out-the-vote comedy special with Chelsea Handler, Charlize Theron, Natalie Portman and many more.

On camera, Ben is best known for his recurring role as Young Eli David on NCIS, as the lead on a season of MTV’s Punk’d, starring in a season of Mr. Personalities for Marc Cuban’s HDNet, or guest-starring opposite Jon Lovitz and Bill Bellamy on Mr. Box Office.

Additionally, Ben has been seen as a lead in feature films Ouija Exorcism, From the Dead, and FOX’s 30 Nights of Paranormal Activity where he played an eerily good Abe Lincoln.

Monetize your knowledge AND your time with Owwll App. Give & get advice at a moment’s notice. Become an Expert on Owwll and get paid for your expertise. Enter my referral code "VATO" during sign-up to get a $10 referral bonus. Apple users: apple.co/35HC0hd • Android users: bit.ly/OwwllGooglePlay