EP 37: The Politics of Food with Marion Nestle 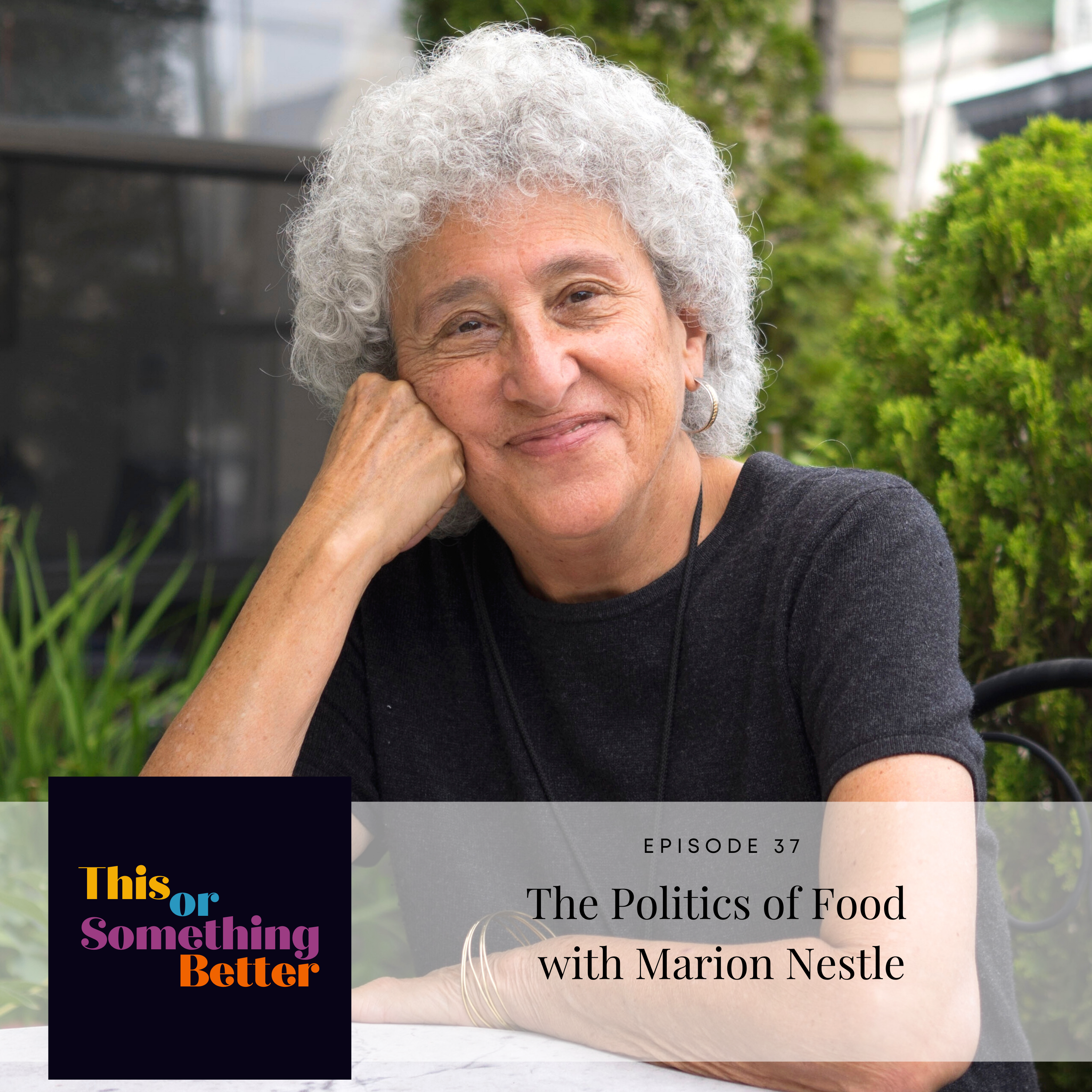 Today’s guest is Dr. Marion Nestle. Marion is a consumer advocate, nutritionist, award-winning author, and academic who specializes in the politics of food and dietary choice.  Her most recent book, “Let’s Ask Marion”, breaks down what...

Today’s guest is Dr. Marion Nestle. Marion is a consumer advocate, nutritionist, award-winning author, and academic who specializes in the politics of food and dietary choice.  Her most recent book, “Let’s Ask Marion”, breaks down what you need to know about the politics of food, nutrition, and health.

Marion believes that the three largest health nutrition problems facing our world today are hunger, obesity, and climate change and that they are all, in part, due to dysfunctional food systems.

Marion advocates that we must understand, confront, and counter the political forces that created these problems in order to end them.

This episode will open your eyes to the impact of food politics on our communities and families, our health, and our environment.

Marion Nestle is Paulette Goddard Professor of Nutrition, Food Studies, and Public Health, Emerita, at New York University, in the department she chaired from 1988-2003 and from which she retired in September 2017. She is also Visiting Professor of Nutritional Sciences at Cornell. She holds honorary degrees from Transylvania University in Kentucky and the Macaulay Honors College of the City University of New York.

She earned a Ph.D. in molecular biology and an M.P.H. in public health nutrition from the University of California, Berkeley. Previous faculty positions were at Brandeis University and the UCSF School of Medicine. From 1986-88, she was senior nutrition policy advisor in the Department of Health and Human Services and editor of the 1988 Surgeon General’s Report on Nutrition and Health. Her research and writing examine scientific and socioeconomic influences on food choice and its consequences, emphasizing the role of food industry marketing.

She is the author of six prize-winning books: Food Politics: How the Food Industry Influences Nutrition and Health (2002); Safe Food: The Politics of Food Safety (2003); What to Eat (2006); Why Calories Count: From Science to Politics, with Dr. Malden Nesheim (2012); Eat, Drink Vote: An Illustrated Guide to Food Politics (2013); and Soda Politics: Taking on Big Soda (and Winning) in 2015. She also has written two books about pet food, Pet Food Politics: The Chihuahua in the Coal Mine (2008) and Feed Your Pet Right in 2010 (also with Dr. Nesheim). She published Unsavory Truth: How Food Companies Skew the Science of What We Eat, in 2018 (and its Portuguese translation in 2019).  Her most recent book, with Kerry Trueman, Let's Ask Marion: What You Need to Know about the Politics of Food, Nutrition, and Health, was published in September 2020.

From 2008 to 2013, she wrote a monthly Food Matters column for the San Francisco Chronicle food section. She blogs daily (almost) at www.foodpolitics.com. Her Twitter account, @marionnestle, has been named among the top 10 in health and science by Time Magazine, Science Magazine, and The Guardian, and has more than 144,000 followers.