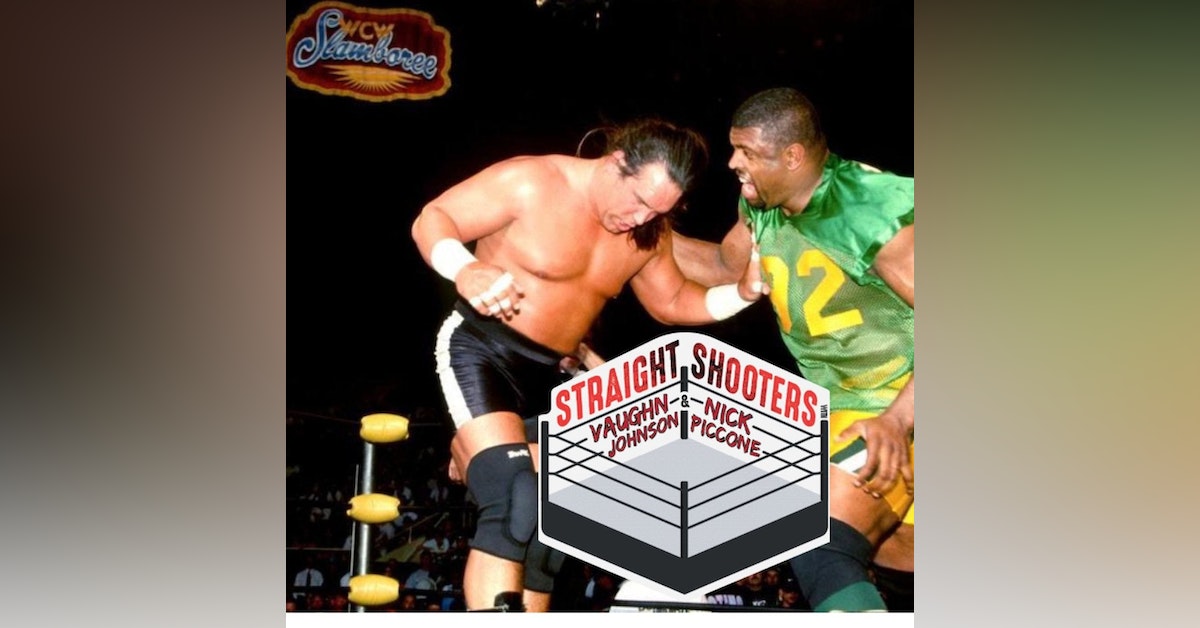 A severe storm and a Sixers playoff game couldn't keep us from recording this week, and it's a good thing. Another great episode was had as Nick and Vaughn dove deep into WCW's May pay-per-view from 1997, Slamboree.

There was an NFL invasion of sorts, as football greats Steve "Mongo" McMichael, Kevin Greene, and Reggie White all danced inside the squared circle at this event on May 18, 1997, live from the Independence Arena in Charlotte, North Carolina ... aka Horsemen Country. This would also be Ric Flair's first match in months after returning from injury. This pay-per-view surprised us... in a good way.

We're obviously keeping track of the Sixers' playoff game and the Phillies in action, so we have some commentary on the goings on in those respective games, but we promise it doesn't take up too much time.