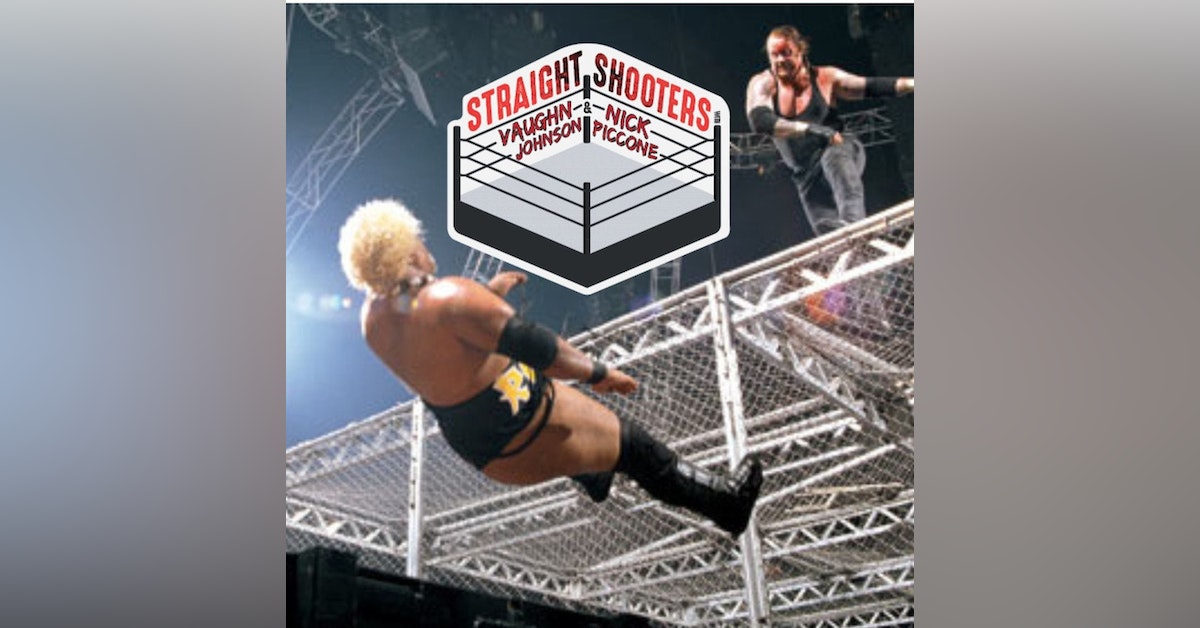 The World Wrestling Federation ended the year 2000 with a 6-man Hell in a Cell Match for the WWF Championship. Kurt Angle defended the title against Stone Cold Steve Austin, The Rock, Triple H, Undertaker, and Rikishi in what might be one of the most underrated HIAC matches of all-time.

There were more matches, too, but this was pretty much a one-match show. The guys dive deep into one of the longest episodes ever! Vaughn drops knowledge on why the Birmingham Bolts of the XFL had to change their name from the Birmingham Blast as many may not know the reason, Chyna and how she fit into the WWF landscape at the time, the Right to Censor, 2000 wrestling in general, and much, much more!