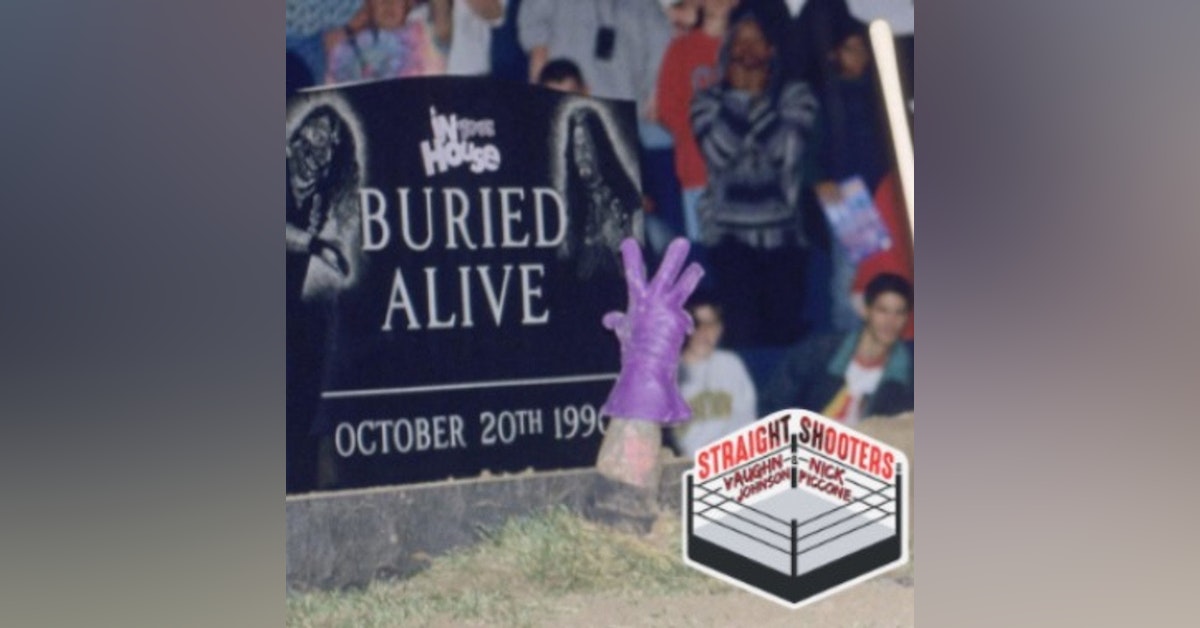 WWF In Your House: Buried Alive was the 11th In Your House pay-per-view offering from the revolutionary force in sports entertainment, and it took place on October 20, 1996 at the Market Square Arena in Indianapolis, Indiana.

In 1996, the World Wrestling Federation was trying some new things, especially with the nWo angle in World Championship Wrestling beginning to take off in popularity. This Buried Alive Match was one of those things, and simply put, the winner would have to bury his opponent alive.

We take a deep dive, no pun intended, into the pay-per-view, where many parts were moving: Jim Ross was a heel, the show opened with a heel vs. heel match, Owen Hart/British Bulldog and the Smoking Gunns having another terrible ending to their second straight pay-per-view match, Marc Mero blew out his knee, Goldust threatened to stick his tongue down everyone's throats, Sid being super over at this time, the entrance gate, and just how much "buried alive" is buried alive?

We also throw in some tidbits on the 1993 Phillies, so press play!