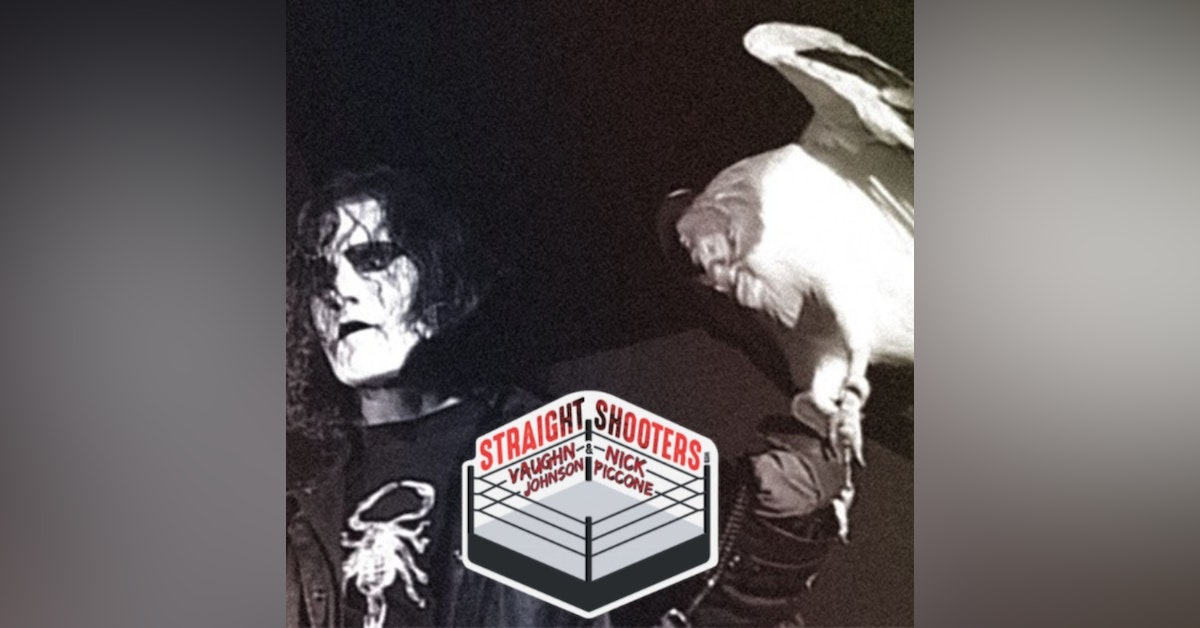 The very last WCW Clash of the Champions took place on August 21, 1997 in Nashville, TN at the Municipal Auditorium. It drew 4,122 fans and popped a 3.64 rating on TBS.

The results (courtesy of prowrestlinghistory.com):

Plus the post-main event appearance of Sting with a vulture, the Dinner & A Movie segments, Michael Buffer, and more on this episode!

But before we get into that, we have another very real discussion about Breonna Taylor and how justice was not served in her case. This is what the protests are about. It takes no energy to just listen to people who don't look like you.

We talk about the passing of Road Warrior Animal, who passed away at the age of 60. We also discuss Retribution and the terrible storyline continuing this week on WWE television as now the group has contracts and terrible names! Good stuff, WWE.