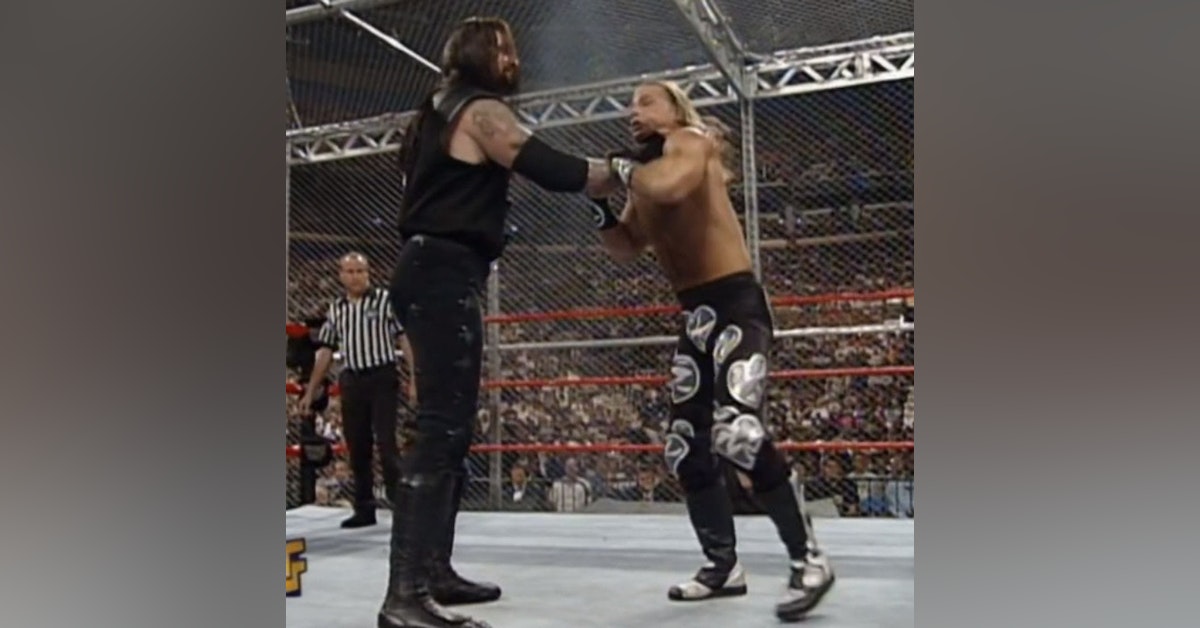 Recorded October 4, 2017. Join us later this week as we conduct a bracket tournament to decide which is the best Hell in a Cell match of all-time. Give us your opinion on social media!

This week, the guys are joined by Sean Ross Sapp (@SeanRossSapp) of Fightful.com and talk about 20 years of Hell in a Cell. Yep, it's been 20 years since one of the most historic matches made its debut on WWE television.

We talk about some of our favorite and most memorable Hell in a Cell matches.

But before that, we talk about the current state in WWE, touching on Raw with the Shield's imminent reunion and the possibility of Bray Wyatt's future on the show. After that, we preview the upcoming WWE Hell in a Cell pay-per-view this Sunday night, headlined by Kevin Owens vs. Shane McMahon inside Hell in a Cell.