Episode 89: The Chronicles of Larry Spencer 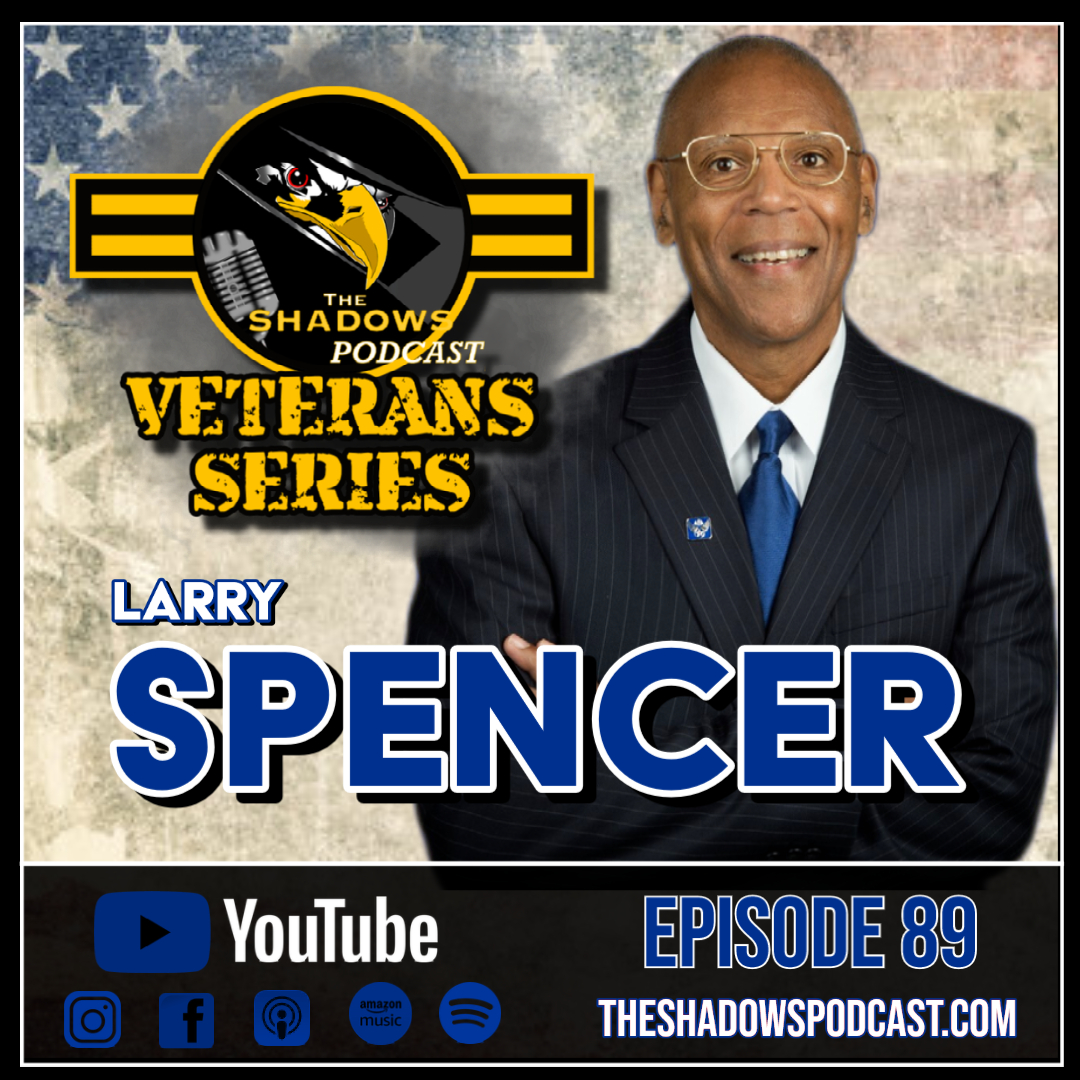 This week we have an incredible and inspiring story from someone who struggled throughout high school to hanging out with the President of the United States. This week the Shadows Podcast has the honor of welcoming retired 44-year United States Air Force General, former Vice Chief of Staff of the Air Force, and author of Dark Horse, Larry Spencer, to the show.

During this episode, Larry talks to us about his upbringing in the Southeast District of Columbia. He tells us about his father’s legacy and an injury that occurred while serving. Why did he decide to join the Air Force in the early 70s? What were some of the struggles he dealt with when it came to discrimination early in his career? What did it mean to him to be a Commander? What was the one moment that stands out the most when he thinks of leadership? He also talks about his time interacting with the Presidents of the United States while serving in the White House Military Office. What was his time like as the Vice Chief of Staff of the Air Force?

He also discusses the Air Force Association (https://www.afa.org/), the two Air Force awards named in his honor (Air Force Innovation and the Special Acts and Services Awards.), and his books; The Green Eyeshades of War: An Examination of Financial Management during War and Dark Horse. Both can be purchased at https://www.generallarryspencer.com/published-books.

This powerful episode is available on any podcast platform and www.theshadowspodcast.com.

Next week the Shadows Podcast returns with episode 90: The Chronicles of Allen Levi Simmons. He’s a former Marine, host of the Purpose Pod, and author of Can I Speak?

Stay tuned for the premiere of season 2 of Rising From The Shadows: Behind the Mask on Monday, August 1, 2022.

New to the Shadows Podcast?

Here are some inspiring episodes to start with.

This week we welcome Tim Worley to the Shadows Podcast! This episode is available on all podcast platforms at https://linktr.ee/S…

Episode 91: The Chronicles of Bill Brown

This week the Shadows Podcast has the honor of welcoming a United States Navy SEAL, Bill Brown! Bill helped found the annual Navy…

Episode 71: The Chronicles of Jackie Stiles

We kick off our second year of the Rebound series with Jackie Stiles! Jackie is one of the most celebrated basketball players in …

Episode 59: The Chronicles of Jaime Andrews

The Chronicles of Jaime Andrews is now available! Jaime is an award-winning actress, producer, business director, and playwright.…

Rise From The Shadows | S1E3: Emotional Knots and Going APE with Nobl…

“When you name the emotion, you can tame the emotion.” Noble Gibbens is a former emotionally clueless West Point Army Ranger who’…