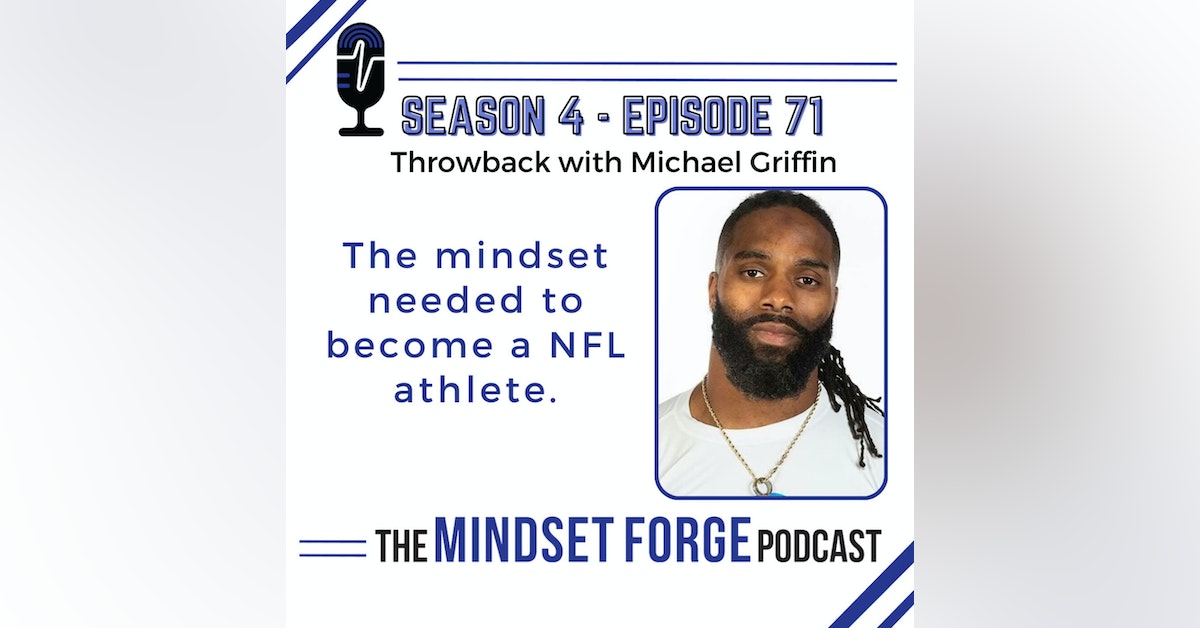 Former NFL safety Michael Griffin sits down with Barton to  talk fatherhood, cupcakes, and his experience growing up playing High school, college, and pro football.
He takes the listener on his journey from Bowie High to the Univ. of Texas, and to the NFL.  In this episode, Michael explains why aspiring athletes must get up early, do the work in the gym, and be determined to be the best on their team.

Mindset to Stay In the Game

Much of the attention is given to the physical aspect of football since it is a contact sport. However, Michael always thinks of his back against the wall, which is traced back to his high school days. He explains that when he is in that position, he can see the goal and how he can get to it. Michael then questions himself if his goal outweighs the barriers and everything else. He says that it is easy to make every excuse possible on why he could not do it. So what does this have to do with the physical aspect? Well, Michael has to know the difference between hurt and injured. An injury would mean not being able to play, and with that, it gives a window of opportunity to another player to take his spot. Therefore, Michael has developed a sense of durability with the mindset to push himself hard while securing his place in the team. Due to this way of thinking, he played with a dislocated shoulder twice. He learned to adapt quickly instead of getting off the field in order to keep his position as a safety of the team.

Two-time Pro-Bowler Michael Griffin’s stellar professional football career spanned ten seasons in the NFL, including stints with the Tennessee Titans, Minnesota Vikings, and the Carolina Panthers. Since retiring in 2018, Griffin’s focus has shifted to entrepreneurship, opening up a subsidiary bakery under the Gigi’s Cupcakes franchise outside of his hometown of Austin, Texas, with his life-long friends, fellow NFL standout Brian Orakpo and college classmate Bryan Hynson.

Griffin’s magnetic dexterity has served him well throughout the years as a football player, entrepreneur, and most recently, the star of a hit Microsoft commercial with his friend and former Titan teammate Brian Orakpo. Griffin resides in Austin, Texas, with his wife Shantel and their children.

Outline of the Episode:

[07:54] Challenges that arise from communication outside the football field

[11:10] Factors that made Michael go back to Austin to raise his family

[19:21] Family dynamics: parenting strategies in creating a team within their children

[21:52] Humility goes a long way, whether in sports or fatherhood

[23:23] A competitive attitude made use in high school football

[32:48] Michael’s experience having a sports scholarship at the University of Texas

[41:30] The magic behind the team’s success, according to Michael

[45:02] How Michael handled the physical aspects of football and kept himself primed to play

[52:37] Football mindset used to put up the cupcake business