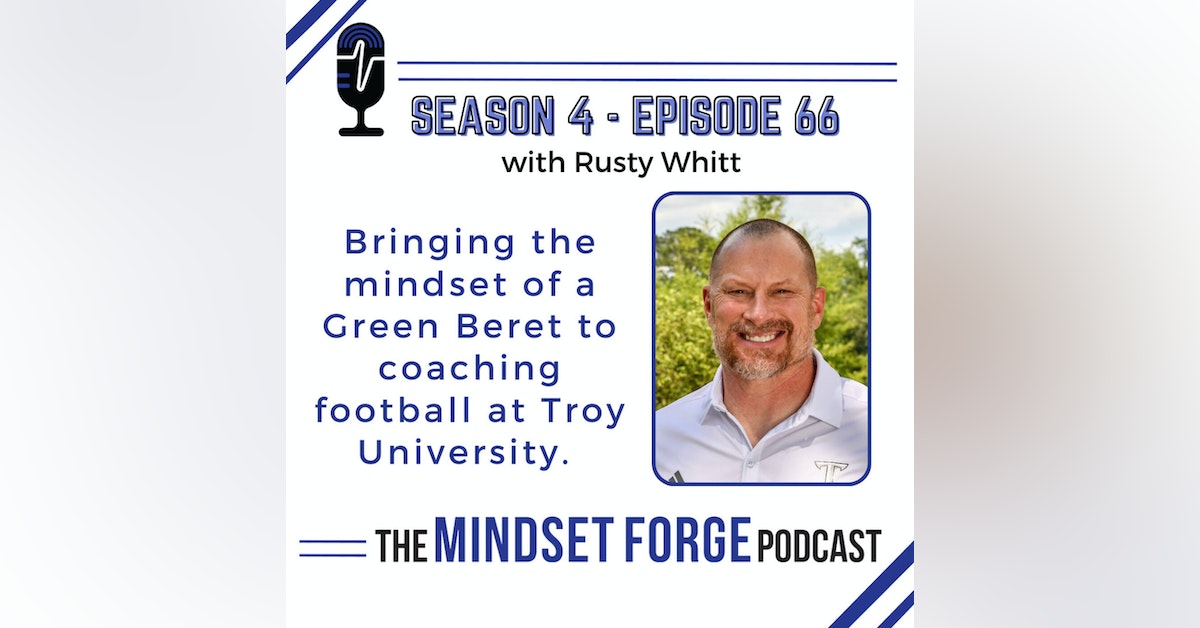 Barton and Rusty sit down to talk about how his time with the Special Forces Green Beret's prepared him to shape the minds of young college athletes at Troy University Football.  Growing up playing high school and college football as an  undersized linebacker, Rusty learned that consistency, reliability, and toughness could take him far as a walk on at Abeline Christian University Football.  When 9/11 happened, Rusty pledged that he would do his part to protect America as his father had done in the US Airborne.

In addition to his expertise in the weight room, Whitt comes to Troy following a decorated career as a Special Forces Sergeant in the United States Army. He served as a Senior Special Forces Communication Sergeant in the 10th Special Forces Group and was a member of the U.S. Army from August 2003 to January 2009 where he was deployed to Iraq as part of Operation Iraqi Freedom (OIF) V and VI.

Whitt developed and initiated a comprehensive pre-deployment conditioning program for his Special Forces Team prior to and during OIF V and VI. He received a combat infantry badge, two Iraqi campaign medals and an Army commendation medal with valor.

Prior to his arrival at Texas Tech, Whitt spent six seasons as the head strength and conditioning coach at Louisiana. The Ragin’ Cajuns won the 2013 Sun Belt Conference title and four straight New Orleans Bowls during his tenure.

Whitt was hired at Louisiana following a year-long stint as an assistant strength and conditioning coach at Rice where he designed and implemented year-round strength, speed, mobility, cardiovascular conditioning and injury rehabilitation programs for football, baseball, swimming as well as track and field.

Prior to joining the US Army, Whitt was the head strength and conditioning coach at Sam Houston State where he served as an instructor in the kinesiology department and assisted in the design of a new weight facility. He started his tenure at Sam Houston State in December 1998.

To Find out more about the book Rusty mentions in the Interview click here:
https://amzn.to/3CGQjPk