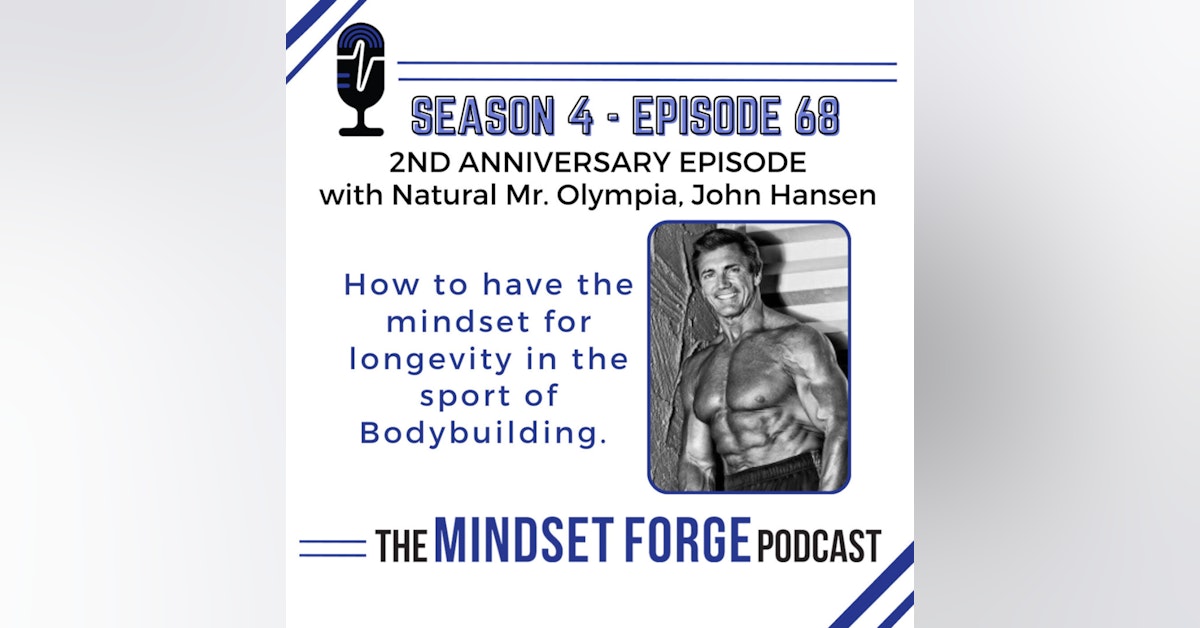 Barton and John sit down to discuss the early days of bodybuilding, John's career as a bodybuilder leading up to his 1998 Mr. Natural Olympia win, and much more.  John is also Barton's current bodybuilding coach helping him prepare for a Spring 2023 show.  John lives in Tampa, Florida and runs two podcasts: The Bodybuilding Legends Show and Old School Labs' Legends' podcast.

John Hansen has been a bodybuilder all of his life. Initially inspired to build a muscular physique after reading the superhero comic books he collected in his youth, John began weight training after seeing a picture of the martial arts superstar Bruce Lee. Lee looked like the closest thing John had ever seen to a superhero and he wanted to look just like him. After receiving a weight training set for Christmas at 12 years old, John started buying bodybuilding magazines to learn about what exercises he could do with the weights. Once he discovered the sport of bodybuilding, John knew what he wanted to do with his life. He set a goal for himself to win the Mr. Universe contest one day and appear in the bodybuilding magazines.

John began writing his own training and nutrition column for Iron Man Magazine in March, 2000 and continued his column up to 2014. In 2005, John wrote his first book “Natural Bodybuilding” published by Human Kinetics. He released a series of training DVD’s in 2006.John began promoting natural bodybuilding competitions in 2007 in Chicago, eventually promoting 15 contests total.