Working as a Fashion Stylist with Victoria Young 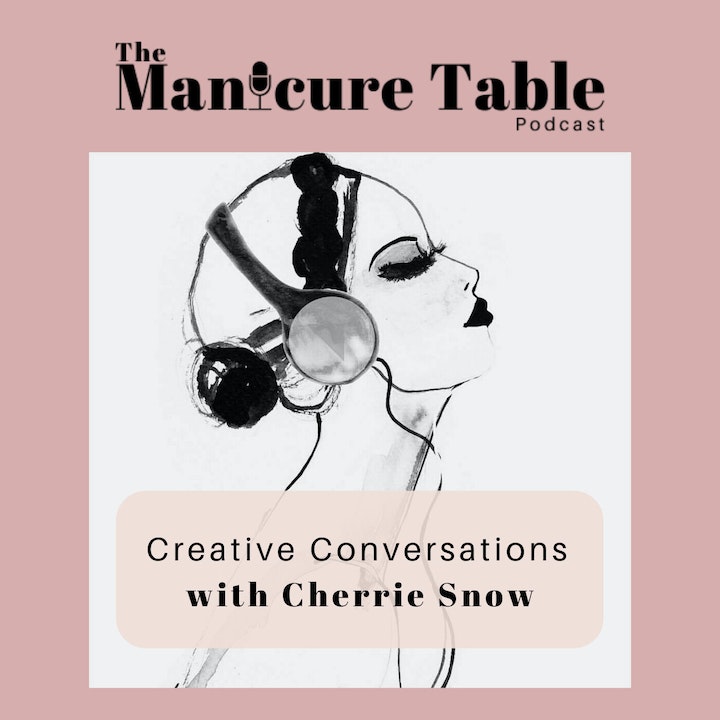 Series 1 - Episode 4. Cherrie manicures and chats to Fashion Stylist and childhood friend, Victoria Young. Victoria has styled some of the biggest names in fashion from Bella Hadid to the iconic Grace Jones. She tells us how she started out at Dazed & Confused and The Face before becoming Fashion Director at POP and LOVE magazine. Victoria talks about everything from dealing with divas, to the expectation of a good assistant. And at the heart of the fashion world, dressing top supermodels while being dressed by Donatella Versace, Victoria admits that being one of the 'cool kids' did change her.

Cherrie-Picks - 20% off when you use code: PODCAST
NB: UK Delivery only at this time : )

spk_1:   0:07
Hi, everyone. Welcome to the manicure tables Created Conversations with Me carries a knife. Every episode I invite my fashion friends and creative colleagues to get their nails done with me and talk candidly about how and where their incredible journey began. This episode is first by my favourite healthy now care bio sculpture, 100% vegan on cruelty free. For more information, visit the new pc dot co dot UK. In this episode, I'm Medicare and chaps. A fashion stylist. One of my childhood friends, Victoria Young, as former fashion director at Pop and Love magazine, Victoria has style some of the biggest names in fashion. From Bella Hadid to the iconic Grace Jones. We discussed everything from dealing with divas to the expectation of a good assistant and at the heart of the fashion world. Victoria admits that being one of the cool kids changed her for a short moment. It's very vibrant. Victoria Young obviously, we do know each other from a

spk_0:   10:59
When did you join? Street isn't. How did that come on? Join Street is cause I'd work. Nancy. So on DH, I knew Beverly Street. Her Andi, I knew I was coming to the end of May be working for about four times the fashion director. Yeah, I just I just couldn't I just kind of couldn't do anymore, was too much. And then I saw just said to Beverly I was like, Look, I've got some jobs coming in. They're freelance, and I just I'm used to doing on myself, but I just I want to talk to people about money. I just have no idea how eager works. Yeah, I think there's a struggle that a lot of people have. And she just said, Come in. And then she took She was like, Fine, we're done. You know, she's I didn't We didn't even need to have this meeting. Yeah, it was nice. It was. I mean, that s Oh, when was that? That was about 89 years ago. No. Nine. Okay, how about nine? 10 years ago, then? Probably. So. Because street, it is considered a top agency. What? What was it like then? Was it Khun still considered? Yes, yes. Huge huge agency. It was good, but there wasn't such a huge emphasis on the big agents at that time. OK? Oh, maybe I didn't know there was. Maybe I was completely naive to it. So you didn't think. All right, this is it now? No, because I got you Can't like you make your work. Yeah, of course like that. I think that is the the perception that everybody thinks once you get signed that you've made it. I've seen, but you still have to grow, you know? Yeah, it's such a I mean, the big American agents are due to take on quite a lot of people. And those people do get they go straight to the top because people will be like, Oh, yeah, they must be great. And you're just like all right, OK, yeah. So you said that you were at last. Did he You at Pappas? Well, yeah. Was it poppers? Well, yet, But then we went to Conde Nast and Katie. Self love. I mean, yeah, we've Nicholas Coleridge. Whose CB there Right in the beginning. Yeah, I was there. I mean, I chose where with desks should go and sort of put chairs. We're gonna happen. Yeah. I mean, we went to the offices together. Well, so you were really wearable. Air conditioning units are useful.

spk_0:   31:11
can manage people's expectations and Sometimes people think I don't know. Sometimes you go to a client and you just expected to do your job. And then sometimes there's machine. Now you expect to do so much and you sort of feel like you let them down if you haven't moved. Boarded up 55 mood boards on your own time. Yeah, and it's like I don't know how what is expected of me. I'll do my best something. It's just like, you know, sometimes I turned up on my printer in my kitchen. People, Oh my God, you've got a printer and I'm like it Doesn't everyone have a printer? And sometimes it would be like with I mean, I don't like that prince. However, you got another video Good enough. I want to know just a little bit what's expected of me. But also that's part impossible. Being self employed, yes, on working with the same people sometimes is great because it is good. You know what? Your foetid, Because it's quite mia. It's quite if you walk in, you know, get off the train in Paris and you walk into a show. Everyone speaks French. Do you speak French? No. Okay, I mean, no e. No conversation about being on academic and not even enough to get the foundation caused us what you want. Yeah, so, no, maybe you didn't. Yeah, but that then likewise. It's also good. Teo work with new teams, isn't it? Because yeah, because then you'll love this person. This is a great Yeah. So I didn't Yeah. It takes you out of your comfort zone. Obey. Exactly. And I do quite I'd like that. So if anyone wants Teo, maybe get some experience with you, they contextual agent, contact my agent, or you can speak, please. Yeah, I would e mail me. I'd send me direct message on instagram, which is Victoria Young. Underscore. And then I will send you my email and then just email me direct or street is not bad. We'll put the engine right. Yeah. Any any of those? You're just so following e Oh, my nails look great, by the way. Oh, yeah? How do you have? You, like, never got off them.

spk_1:   33:24
Thanks again, Victoria. That was so much fun. I like we said, if you want to get in contact with Victoria, you can call her agent at Streeters or D M her on instagram at Victoria Young under school. It's all in the show tonight. If you enjoyed listening to the manicure table creative conversations with me cherry snow and you want to hear from more creative than subscribe to the class and follow us on instagram at the manicure table. If you have any feedback or you just want to get in touch, you can contact me either on instagram at Cherry Snow. Or you can email manicure at cherry snow dot com. I'd love to hear from you. Thanks for listening.