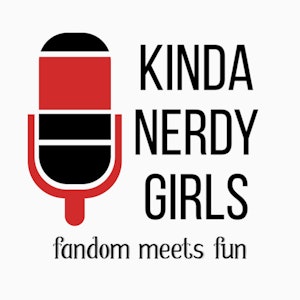 KJ and Katie are hilarious. That should be enough to convince you to listen. If it isn't, then just know that they cover a lot of nerdy stuff from who will be the new Batman to that new nerd film you've been hearing about and more. And they do it by giving their honest opinions with a heavy dose of hilarious jokes and laughter.

Go get your nerd on. This show deserves your ears.