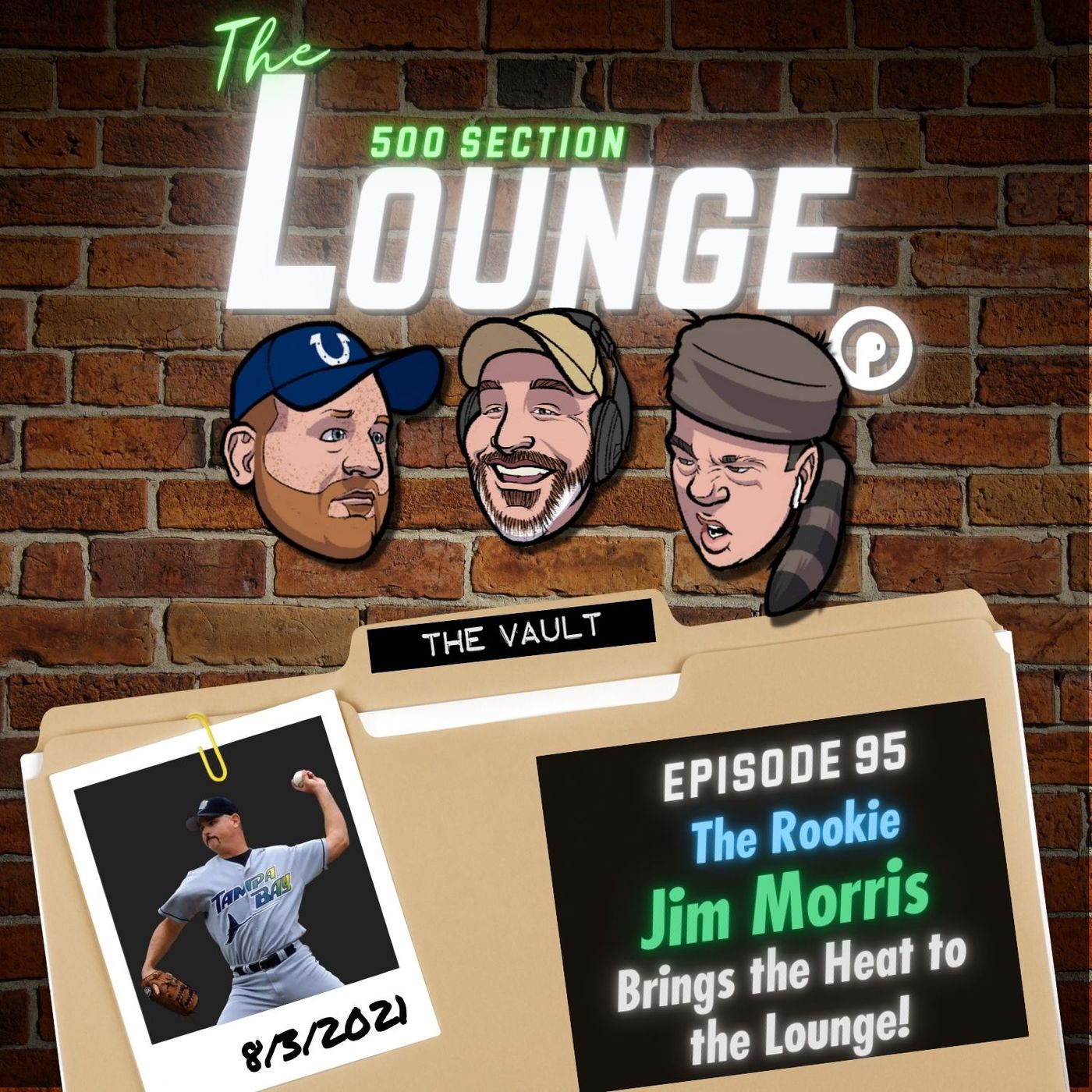 This week we revisit our hangout with Jim Morris! He's the man who was teaching and coaching at a high school, and told his team if they won the district, he would try out for a major league baseball team.
They did... and he did! He then was signed...

This week we revisit our hangout with Jim Morris! He's the man who was teaching and coaching at a high school, and told his team if they won the district, he would try out for a major league baseball team.
They did... and he did! He then was signed by the Tampa Bay Rays (Devil Rays at the time)! THEN, Disney made a movie from his story ("The Rookie").

We had a great time talking with Jim! We loved it so much, we wanted to share it with you, again!

This week’s guest REALLY brings the heat! The man behind the story of the Disney movie, “The Rookie,” Jim Morris joins the Lounge!

Jim has a PHENOMENAL story, just from what the movie covers, but the guys really get deeper and talk to him about life leading up to the start of the movie, how well Disney tells the story in the movie, and what has happened SINCE the movie.

Jim talks about getting drafted out of high school, even though he didn’t play baseball at his high school! He was drafted two different times, and the first time he was drafted… HE SAID NO TO THE BOSS! After going to the Brewers, he found out that he wasn’t such the big fish he initially thought… and while in the minors he suffered a career-ending injury. He talks about his college experience and how it differed from high school.

Sam then asks about the bet he made with his high school baseball team. Was the movie accurate in how it came about? Jim’s answer was great! He expanded on it and what he was hoping Disney would capture. What portions of the story did he not want to be covered in the movie? Jim also gained an unexpected friend through his connection with the movie!

After his first season in the majors, and was signed with the LA Dodgers, he started to develop a difficulty judging where the ball was going… He was then diagnosed with Parkinson’s. Instead of letting it take over his body, he decided to take a different route.

There were trials and tribulations from when he started to where he is now… he has leaned on his faith, never failed to work hard, and never took things for granted! What an inspiration and a GREAT time the guys had with Jim Morris! There is SO MUCH in this hangout, that we are sure we have forgotten to notate something, but that just means you should sit back, relax, & #grabalisten

Go to https://www.jimtherookiemorris.com/ to get his new book, “Dream Makers,” to see what he’s up to, and even book him for a virtual or in-person speaking engagement!