E87: Dave Raymond Brings the FUN to the Lounge! 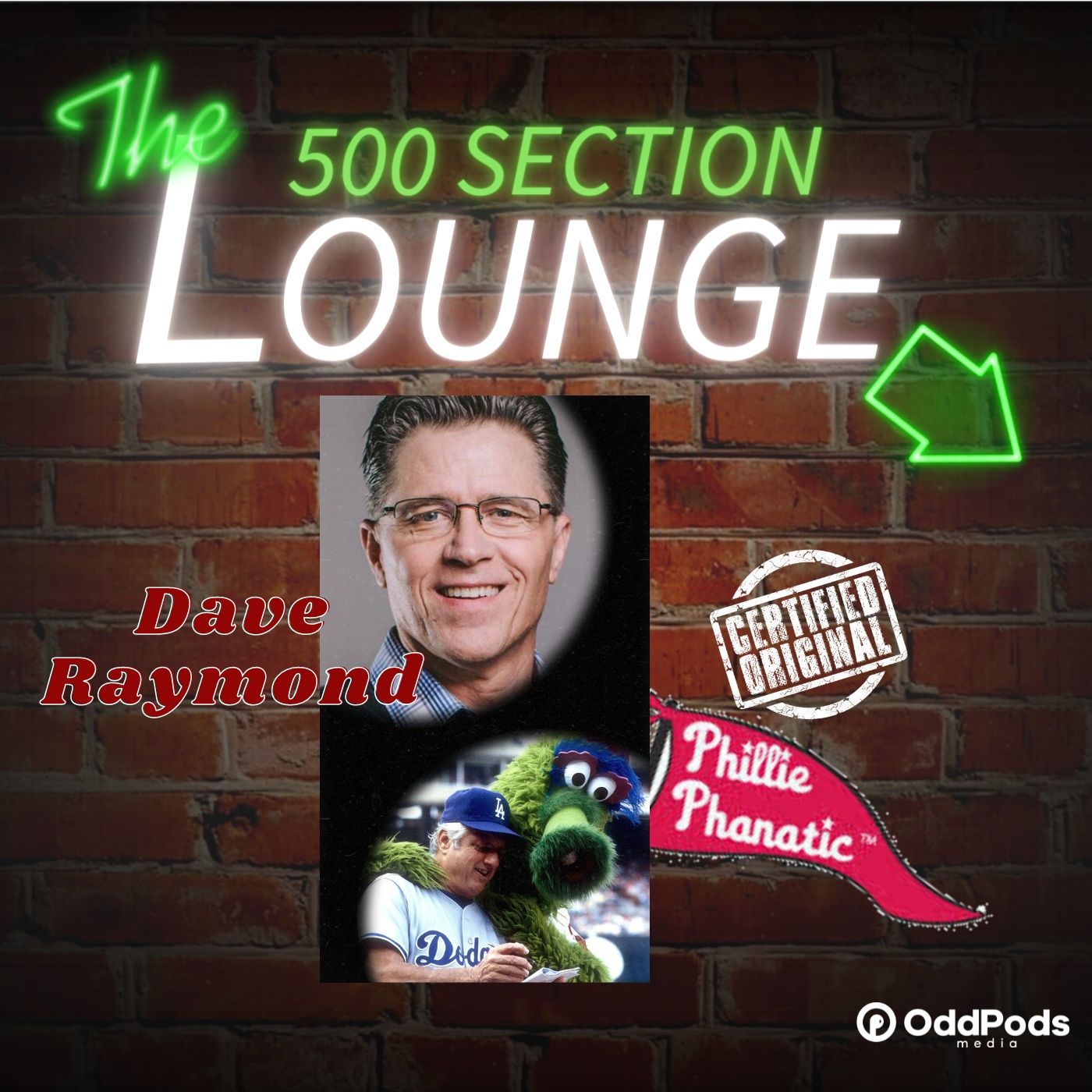 This week's guest was FUN! He made the guys SO HAPPY with him coming into the Lounge and hanging out! It's the Hero of Happiness and author of "The Power of FUN," Dave Raymond!
MANY will know Dave as the person who introduced baseball and the rest of...

This week's guest was FUN! He made the guys SO HAPPY with him coming into the Lounge and hanging out! It's the Hero of Happiness and author of "The Power of FUN," Dave Raymond!
MANY will know Dave as the person who introduced baseball and the rest of the world to the Phillie Phanatic! He was the furry green mascot of the Philadelphia Phillies for 16 seasons, and then decided to move on and start a company that helps corporations, colleges, and other sports teams rebrand, and become more successful! This was a VERY special time the guys got to hang out with someone who, without their knowledge, was a part of their growing up as the Phanatic!
During their talk, the guys asked about how Dave started as the Phanatic, and why it is something he incorporates into his work today, as the Hero of Happiness. Was there any inclination that the Phanatic would become what he is today? What were the guidelines he was given when he first got the job? What was the deal with the Phanatic and Tommy Lasorda? He talks about relationships he has/had with some players, and then also addresses the effects of trades to an MLB locker room! Everything is talked about! He gives such great insight into things that happened while he was in the green mascot suit!
The guys talk to Dave about "The Power of FUN," and how EVERYONE enjoys some semblance of fun, and how it can decompress someone who might be at a very high level of stress! How is it he came to writing the book, and just how long did it take?
The guys round out their hangout by talking about the Mascot Hall of Fame, in Whiting Indiana! Unbeknownst to the guys, before researching things about Dave, he is the founder of the Hall in nearby Whiting! Dave talks about the learning aspect of the Hall and the different things that are included in the location! He also talks about when the next batch of inductees might be brought into the group!
What a spectacular hangout! Dave was great to chat with, and had SO MANY topics he talked about over the course of the chat! Be sure to check out what Dave's up to, and sign up for his newsletter at https://daveraymondspeaks.com/! It's COMPLETELY worth it!
SO, sit back, relax, and enjoy the hangout with the Hero of Happiness, and the ORIGINAL PHILLIE PHANATIC, Dave Raymond! #grabablisten