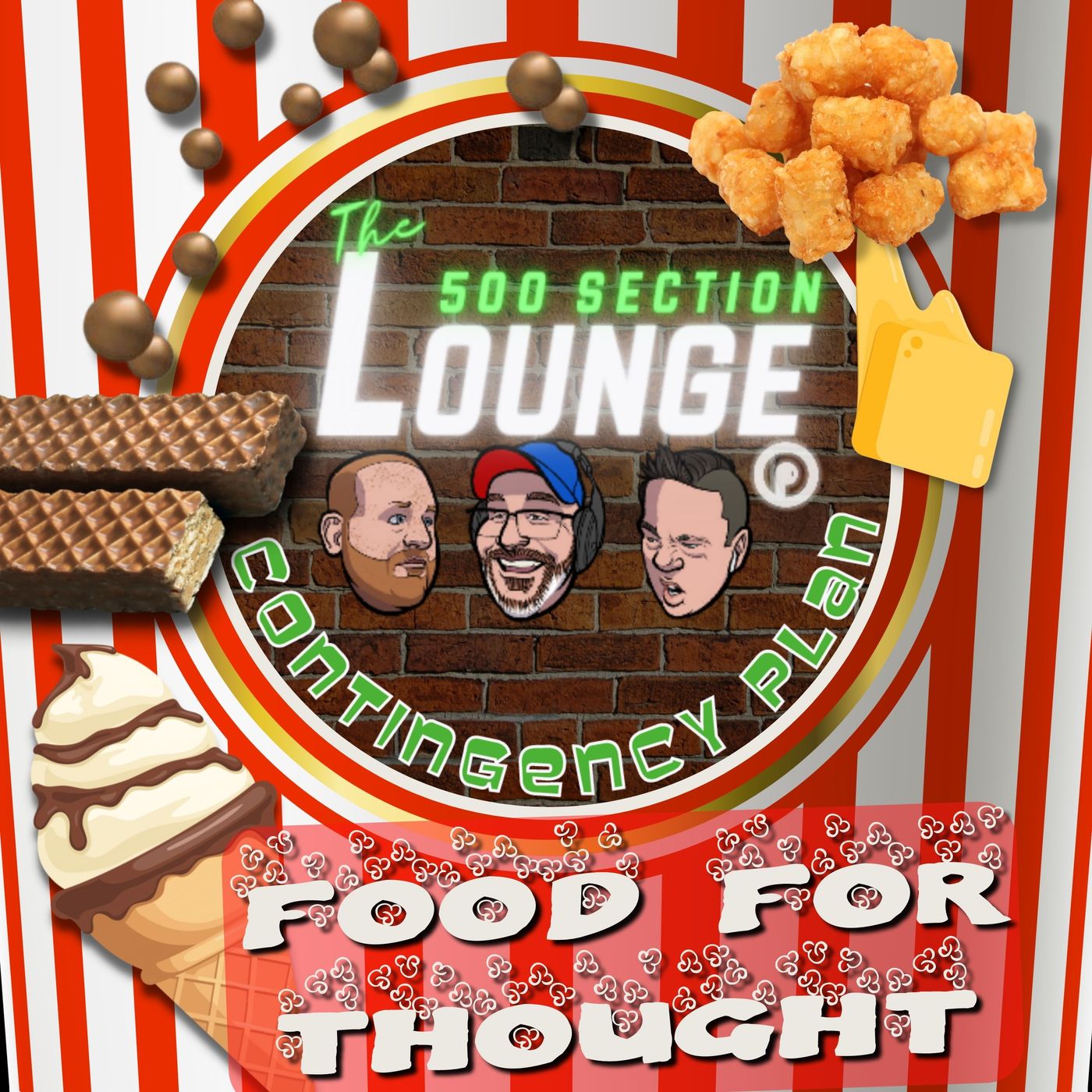 Special Episodes Pop Culture No Guest
When a guest has something happen to where they don't show up, the guys have a contingency plan... Talk, talk, talk, and talk some more!
WELP... the guys had to revert to their contingency plan! Only this week, THEY FOUND A TOPIC to talk the whole show on... FOOD!

Sam's going to a game in Pittsburgh, soon, and the topic of getting popcorn at events, and then the movie theater! Matt drops a Theater PSA, for all who might not know. The movie popcorn conversation progressed to the urge to have popcorn and how to administer the butter to one's popcorn. Matt, AGAIN, drops a way to get butter all the way through the tub!

Whoppers candy is brought up and Matt surprises Sam with something he'd never heard of before!
Local, small-town ice cream shops get the floor of the conversation, and the guys share what they like, with their ice cream, and the types of ice cream they've discovered.

Bridging from ice cream to the snacks of Little Debbie takes over, and the guys CRUISE talking about what they like, don't like, and different things they could make, USING these snacks!
Richey asks about the preferred way to eat Little Debbie's Nutty Bars. THEN, it happens... Matt drops something on the Lounge that pretty much blows everyone away with surprise!
WHEN DID THIS HAPPEN!?

Conversation moves to foods they cannot eat, and don't really have a reason for the inability to eat. Richey has a very specific type! The other two tend to agree, but, yet again, MATT, has an answer to a way Richey might be able to eat this food.
Sam shares two different foods he cannot consume because of incidents from his childhood.

Matt talks about an unusual flavor of whiskey being sold. That leads the talk to the grill! Sam talks about buying a side of beef straight from the farmer and getting the meat he wants from when it gets butchered.
Matt talks about "high dollar" vegetables or meats that used to be the "throw away parts." That leads to the food that ALL three of the guys agree is the best version of what it's made from... and it used to be a throw-away!

Sam mentions gout and how uric acid build-up crystallizes and forms what resembles shards of glass, and talks about the pain and Richey had never heard of it.
Sam comments about "Lunch Lady Land," and breaks into song! Richey has never seen it (at the time of recording), and Sam STRONGLY URGES him to go watch the video.

No guest, this week? NO PROBLEM! Sam, Richey, and Little Matt carried on various food conversations for an entire show, and they had a blast doing it!
SO, sit back, relax, and enjoy the Contingency Plan: Food for Thought!