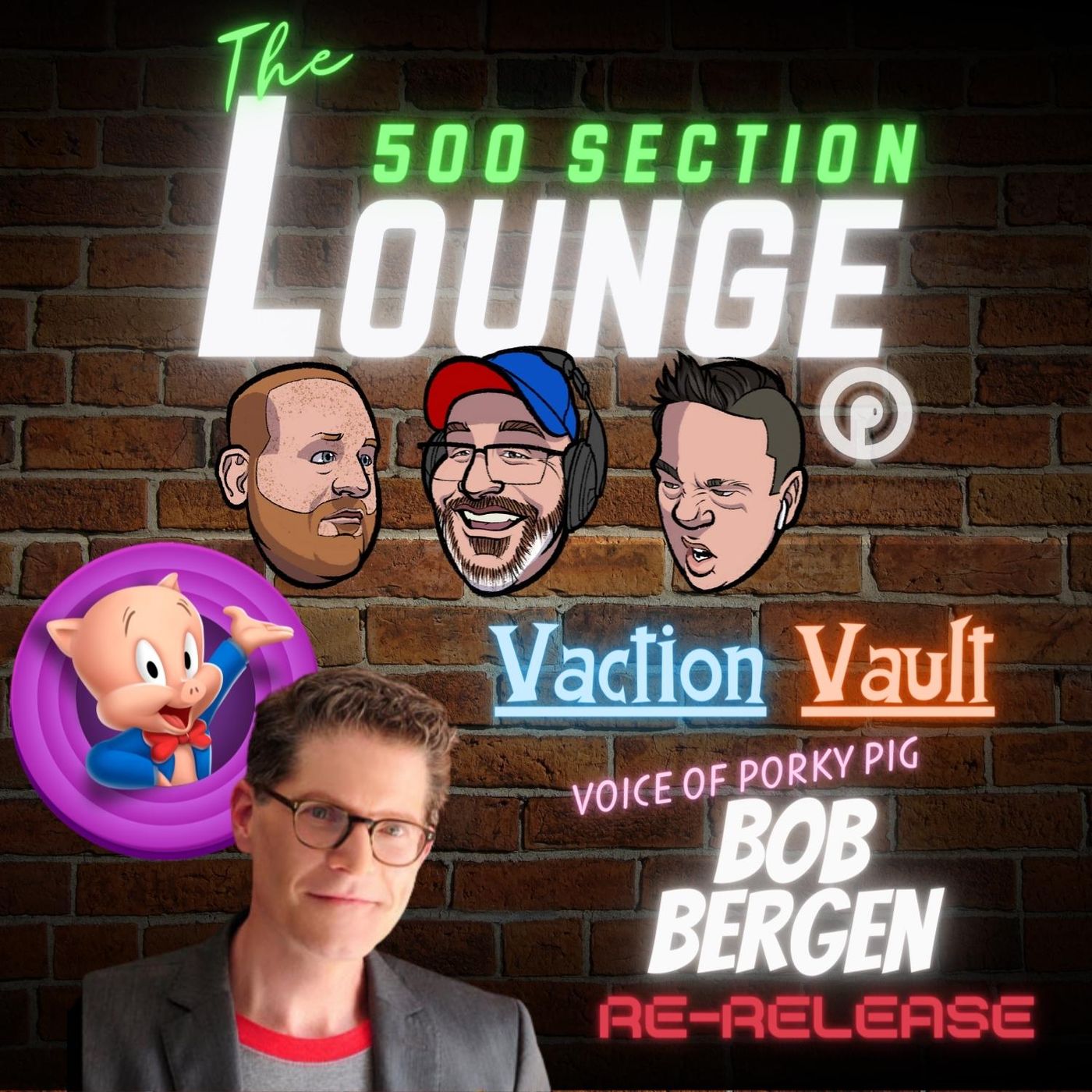 This week the guys had some things that kept them from recording, so they all decided to re-release a past episode. Maybe one that was "overlooked" or one of their favorites.
THIS ONE was both!

The gentlemen decided to re-release episode 66...

Experts Pop Culture Movies Television The Vault
This week the guys had some things that kept them from recording, so they all decided to re-release a past episode. Maybe one that was "overlooked" or one of their favorites.
THIS ONE was both!

The gentlemen decided to re-release episode 66 (January 12, 2021), when voice actor, Bob Bergen joined the Lounge and talked about his career!

Take a look at the Show Notes from that episode, and enjoy a revisit to an episode with a fantastic guest!

Show Notes, E66 (01/12/2022)
W...W...What a fantastic show we had this w...w...week! Voice of Porky Pig (and so many other great voices), Bob Bergen joined the guys in the Lounge! Kicking off the show, Bob talks about the ability to be "unknown" in public even though he is a famous voice, and how that almost changed with a job he took! The guys ask about what it takes to develop a character that is already established compared to one he is asked to "make-up," and Bob has an interesting take! Is he the only person to be Pork Pig, after Mel Blanc passed? The answer might not surprise you, but the nugget he adds to that answer might! Sam asked him about Gremlins and his part in that movie, and again, that answer might surprise you! ALSO, from that question comes a conversation about a very popular entertainment "platform" that normally is looked at as the Gold Standard of reference! Does Bob remember doing all of the gigs he's done in his career? As you can imagine, having done so much, sometimes he needs reminding! How about the directors or producers he's worked with in his career... ever have issues with any of them? He talks about a job that wasn't going in the direction he thought was appropriate, and how that was handled! What a fabulous hangout the guys had with Bob! They want to have him back, and Bob seemed open to that possibility! SO, sit back, relax & g...g...g... #grabalisten, folks!