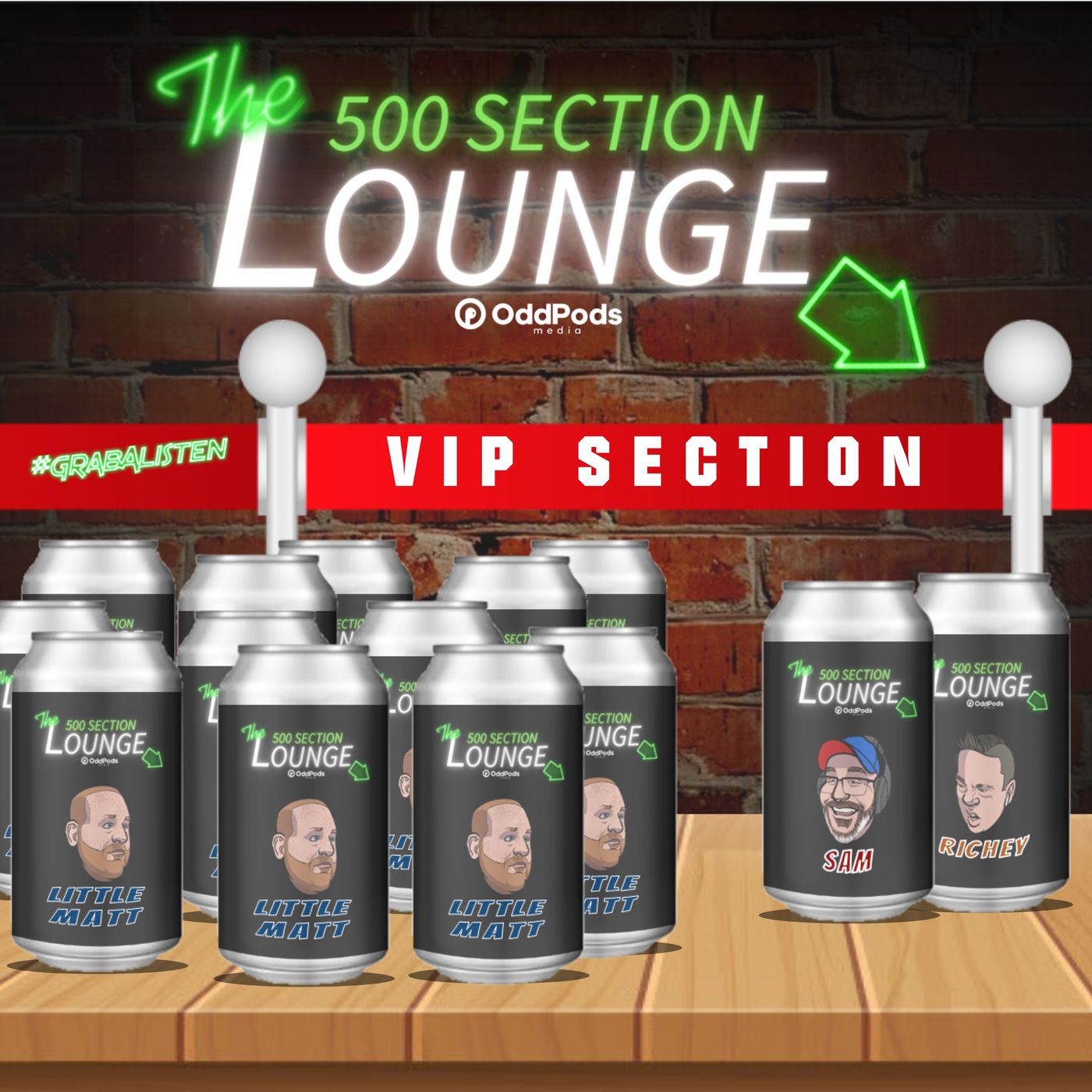 We go VIP Section with this week's episode, behind the velvet ropes!

Little Matt returns to the Lounge, and Sam & Richey wanted to hear about his escapades while he was not with them for two straight weeks!

We go VIP Section with this week's episode, behind the velvet ropes!

Little Matt returns to the Lounge, and Sam & Richey wanted to hear about his escapades while he was not with them for two straight weeks!

OH, GOODNESS... is it a story! We ALL know that Matt is AB-SO-LUTE-LY the most patient person (note the sarcasm), and he talks about the wonderful time he had trying to get to "The Happiest Place On Earth," and the craziness that took place!

Text messages from airlines, calling "support" for something, computer systems not synching, people spending their whole spring break in an airport, and THAT'S NOT ALL... JUST TO GET THERE!

Was it truly "The Happiest Place On Earth," once he got there?
He got to eat in a castle! HOW WAS THAT?! Did he feel the pain of overpaying, once he was done?

The guys talk about THEIR OWN experiences, at Disney, and have stories! Dropping a house payment?! When are the best or worst days to ride rides? Are the Fast Passes still a thing at Disney? They talk about keeping a "general" account of what you've spent!
Little Matt FINALLY got something he'd been waiting for a long time to get, and Sam thinks Jo, his youngest, has the same thing!

Matt shares his experience, GETTING HOME, and it is just as wonderful as the trip out! How many times can a departure be scheduled before you decide, on a whim, to not fly?

Where do you eat, on the road, with a young one? Sam shares one of his eating rules: You don't order a burger at a Mexican restaurant!
Richey talks about getting to eat at one of his favorite restaurants!

OH... and it gets worse! Matt talks about why he missed the second week! Sam piggybacks on the story to tell how his wife and he missed out on the fun! Matt MIGHT go a little too far with what he's happy he has in his house with what he had to go through!

Richey brings up watching a lot of baseball games, and it spurs a discussion:
What are your thoughts on Dodgers manager, Dave Roberts, who pulled Clayton Kershaw after 80 pitches, and 7-innings of a perfect game?

Little Matt continues on his adventure to get to the recording time, this week! Sam, ALSO has a little story to piggyback, yet again!

Dad noises? Are you serious? "SHUT UP!"

Matt has ONE MORE little story that leads to Sam saying, "Your sibling screaming, 'IT'S COMING BACK ON!'" and Little Matt says, "The worst is when you're mid-stream!"

As the show comes to a close, Little Matt brings up a "National" day that needs to happen, and Sam sees a shirt, perhaps?!

WOW... What. A. Show. The topics of this show are ALL OVER, with an over-arching theme of Matt being absent from the Lounge! SO, sit back, relax, and enjoy what goes on behind the velvet ropes of the 500 Section Lounge!
#grabalisten