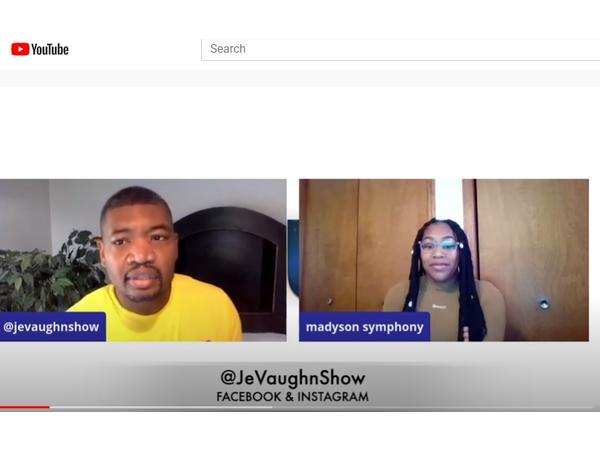 I literally cracked up for just about this entire interview. He's the host of a very popular Facebook Live series called "JeVaughn Show" along with many other titles that he holds.  President of iDream Media and JVM Productions.  He does so much that I really don't know what other titles he may hold.  Someone once said he was a "Mayor", but I can't confirm. We not only discuss the genesis of his show and its purpose, but get into a deep discussion on family dynamics as well.  Despite his humor, there is a serious side to JeVaughn when it comes to his role as a dad. There's also a brief discussion on the role of a man as a woman's protector and teacher of children.  That's something I'll bring JeVaughn back on to discuss in depth on a future What Men Think series. It is a very intriguing and entertaining interview and may be the most interesting that I've done in quite some time. I hope that you enjoy this Q-on-1 podcast with Jevaughn and that you subscribe to his podcast for more. Check out an episode of JeVaughn Show on Facebook Live. Check out the iDream Podcast Network. Twitter: @JeVaughnShow Show #823 www.Talk2Q.com