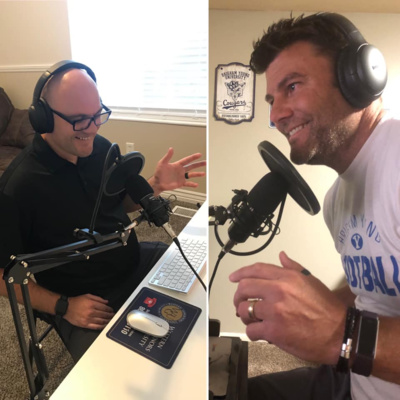 Jason was born in the city of Pasadena, California, the home of the Rose Bowl. Jason was raised in Utah.  Jason has been married for 21 years to his sweetheart Shezrae.  They have 3 wonderful boys.  Jason’s passion for helping others started as a helicopter flight instructor back in 2005.  Jason joined the U.S. Army in 2010 to serve his country.  While serving in the armed forces he had a debilitating injury to his back in which he had to undergo surgery to repair.  Jason found hope on the other side of a long and extensive recovery process and has been learning and growing since.  Jason completed his Bachelor of Science degree, Business Management in 2015 followed by his Master of Business Administration degree in 2018.  Jason loves to travel and help people to find what truly drives them to succeed.  Jason has a strong passion for spreading hope and happiness and creating this podcast with Shane was his way of contributing.  Jason is an avid sports fanatic and loves attending as many sporting events as possible.

Shane Baller (pronounced like ballerina without the ina) was born in sunny southern California and raised in Utah. Shane is currently a Manufacturing Manager for a dental supply company and enjoys leading his team. Because of his passion for helping others, and exploring and learning new things, Shane became a mediator and small business owner. Shane has led teams of up to 250 people and enjoys mentoring and coaching. Shane completed his Bachelor of Science, Marketing degree in 2011 and his Master of Business Administration, IT Management in 2013. In his spare time, Shane loves to travel, spend time with his wife and four children, play and/or watch sports, and swim. In 2017 Shane created a social media page to spread positivity daily. After doing this for a few years, the timing was right to start and co-host a podcast to additionally share uplifting messages to the world through this medium. Above all, Shane is a passionate individual working tirelessly to spread hope, happiness, positivity, kindness, and concern for all. Oh, and Go Dodgers!