S2-EP32: FOIA Fight, Discovery and Why it Matters 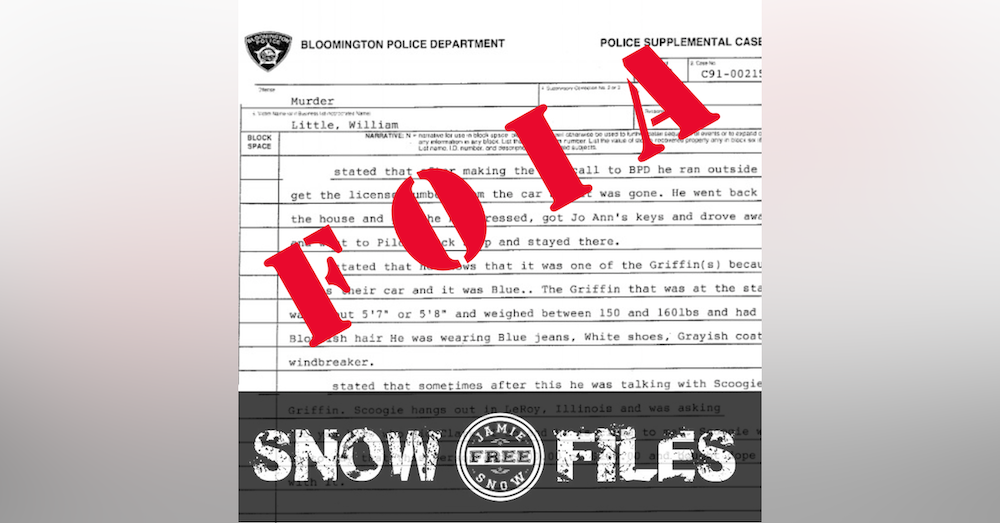 In 2011, supporters of Jamie Snow's innocence unknowingly embarked on what would turn out to be a 10 year fight with the Bloomington Police Department for Jamie Snow's case file, ultimately resulting a law suit against the City of Bloomington. In this episode, we correlate the long fight to get the information that was withheld from Jamie prior to trial with the recent motion for discovery. It serves as a background of what led up to the quest for the missing documents and also includes a rewind of Season 1, Episode 20 - The Truth Never Changes - an extra long episode, but very relevant to the upcoming arguments. This episode also is a prelude to the next episode, which will focus on the motion for discovery and the hearing to be held on September 8, 2021, 1:30pm at the McLean County Justice Center.