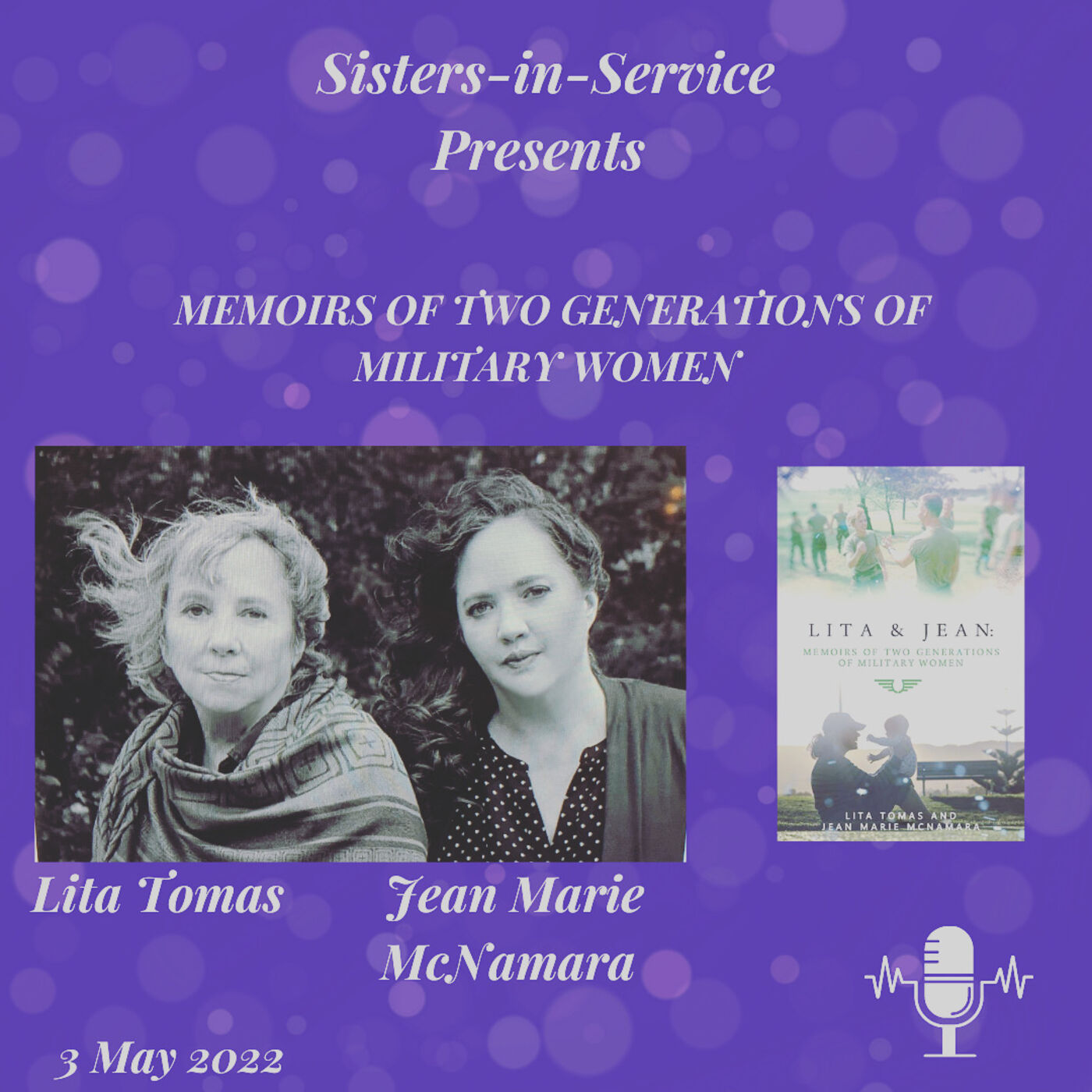 Meet two inspiring women veterans who co-authored a book on their shared experiences while in the Army.  Learn more about their military service and how they overcame challenges as  active duty military  and as veterans.

A stay-at-home mom turned tank mechanic, turned Global Logistics Officer. Major Lita Tomas enlisted in the US Army in 1977; the first-year women were permitted to train as part of the regular US Army. With a master’s degree in recreational therapy, time served in the Illinois Army National Guard, Air Forces Reserves, Army Reserves, Regular Army, both the Army and Air Force Reserves, and a lifetime of experience fighting for injustice, Lita is the one you want in your corner. She has taken on everyone from the Catholic church to Congress.

In a town outside of Chicago, Jean Marie enlisted in the Army as an E-1 and served for six years in the Illinois Army National Guard. As a combat medic, she has removed ticks from Privates and Generals, and the privates of some generally embarrassed soldiers. She received her commission through OCS and earned the Gold GAFPB while attending COBC.  Unfortunately, a training injury ended Jean’s military and civilian careers.

Fostoria tells her story of surviving brutal abuse at the hands of her Marine husband at a time when there were no services available for spouses within the military system. At the time, the Marines turned their heads to the...

Meet Deshauna Barber - first active duty woman to win the coveted crown of Miss USA and now the CEO of SWAN. Listen in as we chat about her service, the successful road to Miss USA and her plans moving …

Dr Madeline Ann Lewis - On the Radio and Television!!

Dr. Ann is an Air Force Veteran and after paying off 180,000 of debt she started a financial fitness coaching business because she wanted to show other women that despite their past life experiences, they too can regain con...

I have known Melissa for awhile now - maybe 3 years and since starting this podcast I knew I wanted her to be a guest on Sisters-in-Service. Listen in as we discuss, military service, veteran status for women, how the …

Meet Nneka Brown - Army veteran, entrepreneur who took her business global with 24 hours of launching her business. Listen in as we talk about her service in the 82nd Airborne Division and her many awards for her business a...

#001 - In this episode I am interviewing Tara Galovski, Ph.D. She is the Director of the Women's Health Sciences Division for PTSD, Associate Professor in the Department of Psychiatry at Boston University School of Medicine...