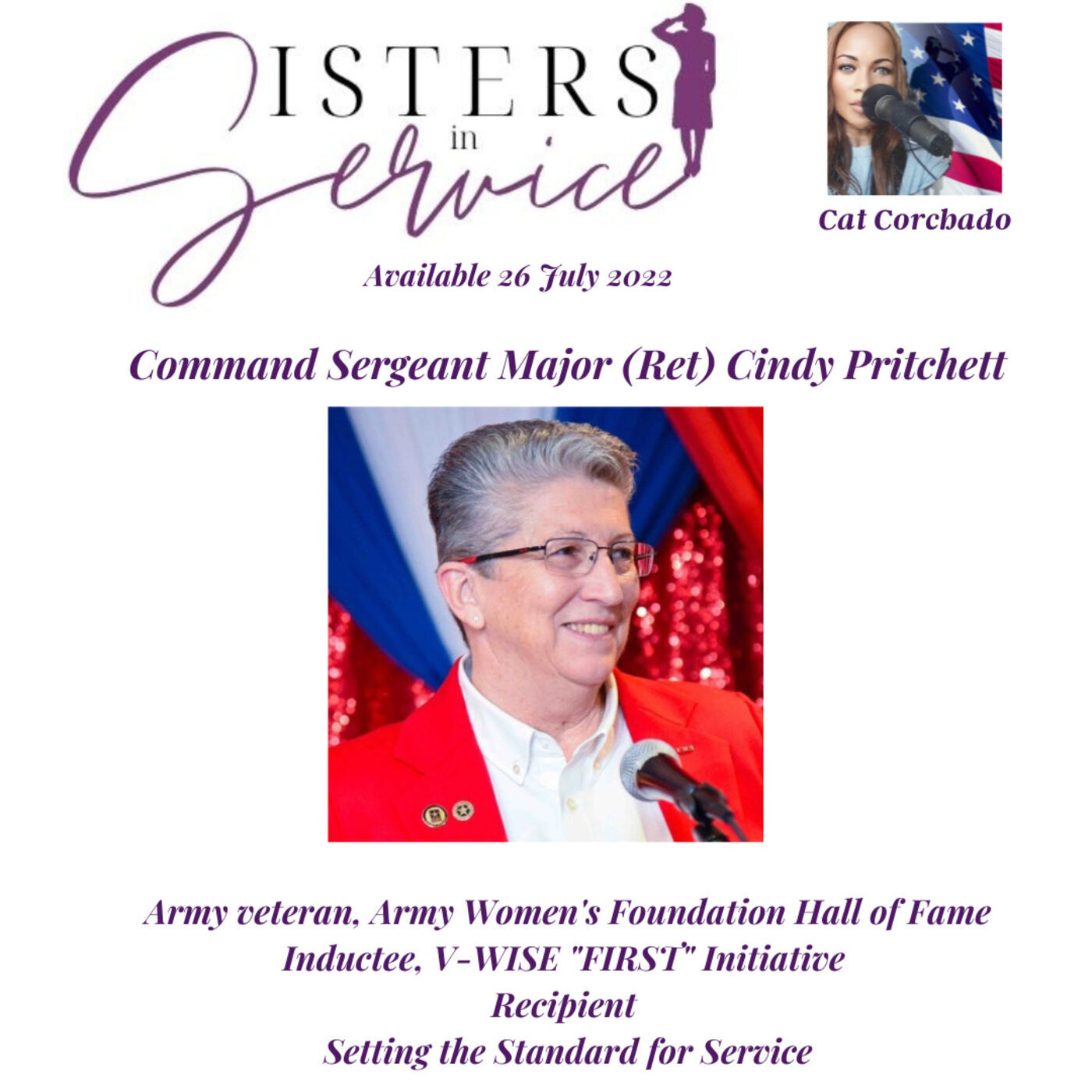 She is the first senior enlisted female to serve as the Command Senior Enlisted Leader of
a sub-unified combatant command in a time of war.  From 9 May 2004 until 5 April 2006, Command Sergeant Major Pritchett was the principle advisor to the Commander, Combined Forces-Afghanistan on all matters concerning joint /combined forces.

She also served as a Drill Sergeant, an Army Recruiter, and an Instructor at the U.S. Army Sergeants Major Academy (USASMA)

CSM Pritchett is a member of the U.S. Army Europe Sergeant Morales Club, the Secretary of the Army's Task Force on Extremist Activities, and Senior Review Panel on
Sexual Harassment. She served as the Army's Senior Enlisted Advisor to the Defense Advisory Committee on Women in the Services (DACOWITS) from 1995-2001.

In November 2013, she was honored by Veteran Women Igniting the Spirit of Entrepreneurship (V-WISE) program's "FIRST" initiative. This program is designed to recognize significant FIRSTs for women both in the military and from across society. Representing FIRST achievements themselves  - being honored with the V-WISE First


She is currently on the Board of Directors of the Army Women's Foundation as the first Vice
President; the foundation is the premier center for educational excellence, the national network for today's Army women and a dynamic advocate for telling the history of Army women.

She is a member of the Veteran Women Igniting the Spirit of Entrepreneurship (V-WISE) Advisory Council.   She served on the Board of Directors of The Women in Military Service for America Memorial (WIMSA). Memorial (WIMSA).

Meet Deshauna Barber - first active duty woman to win the coveted crown of Miss USA and now the CEO of SWAN. Listen in as we cha…

Dr Madeline Ann Lewis - On the Radio and Television!!

Dr Lewis is an Army veteran, author, speaker, career strategist and business consultant. So she knows how to be successful in li…

Dr. Ann is an Air Force Veteran and after paying off 180,000 of debt she started a financial fitness coaching business because …

Meet Nneka Brown - Army veteran, entrepreneur who took her business global with 24 hours of launching her business. Listen in a…

#001 - In this episode I am interviewing Tara Galovski, Ph.D. She is the Director of the Women's Health Sciences Division for PT…