The Proximity of Film and Identity with Brionne Olsen 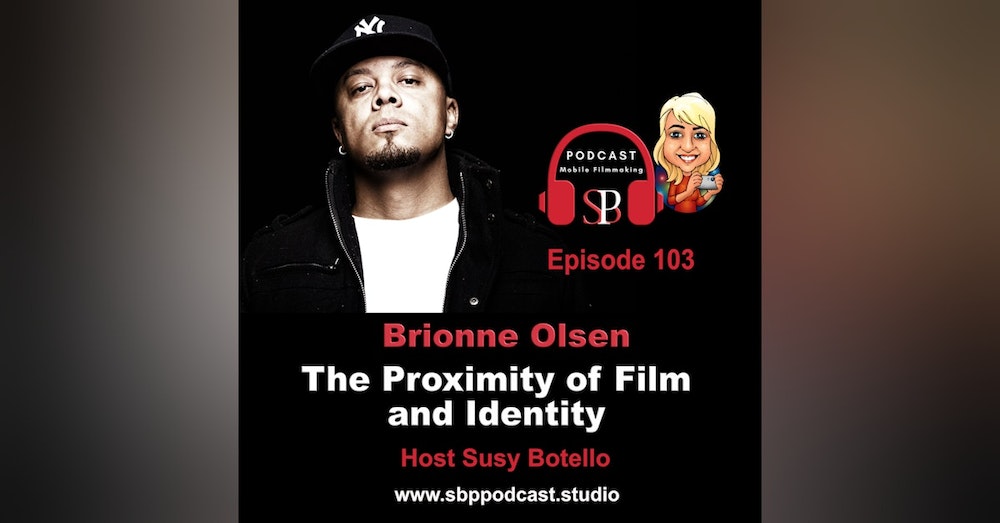 Brionne Olsen is an audio engineer, filmmaker and storyteller. Bringing his audio skills that he’s acquired working in radio to the “theater of the mind” with film was a natural progression. In episode 103 of the SBP Podcast Mobile Filmmaking, we share i...

Brionne Olsen is an audio engineer, filmmaker and storyteller. Bringing his audio skills that he’s acquired working in radio to the “theater of the mind” with film was a natural progression. In episode 103 of the SBP Podcast Mobile Filmmaking, we share insights and the stories Brionne shares from South Africa to San Diego.

Brionne began with music videos but decided to go into radio. He had high expectations but fell in love with the experience of working with audio for radio. Radio and imaging production playing with jingles and such, he feels that he “paints a picture in the mind” of the listener.

Brionne explains the importance of audio in film, not just the quality of audio, but how audio compliments and completes the story in film.

It was during lock down in 2020 that he watched a summit on mobile filmmaking and was introduced and inspired to make smartphone video content. He then began to research the concept of mobile film on Google and then began to learn Filmic Pro. He began to experiment and the more he experimented the more excited he would become.

One of his first projects was a paid gig making a music video. He filmed some things during a walk and showed it to someone. He was asked to make the video and it was an opportunity for him to create something serious. He used resources that he found and pay for them using some of the money he made from what he was making on the video. The video ended up being broadcast on a music television channel and no one realized it was shot on a phone until he told them.

Brionne Olsen made a film called, Finding Freedom. The story is an inspiring insight into his community in South Africa. Speaking to the social issues of the people. He then began to hear about the abuse of women by their partners during lock downs, and then the story of George Floyd in America. So as he was reflecting on his own freedom and those issues he began to write the poetry that he turned into the film.

He asked his niece, Kyra Isaacs, to perform the part in the video and the voice over. It’s a powerful video and the structure of the audio he uses includes audio clips that adds intensity and emotional texture to the video.

Brionne has also created other videos that are documentaries which are very meaningful to him. He mentions they are a part of his personal journey and expression of his culture and his ancestry. His identity.

Close to the end of this episode I asked Brionne to share some key tips filmmakers need to know in order to feel confident when starting to film for the first time using smartphone cameras.

Listening to Brionne share his personal stories is inspiring and educational. I found our conversation enlightening and personally inspiring. I am looking forward to following his journey as a member of the mobile filmmaking community and storyteller.

SBP Podcast Mobile Filmmaking: The Voice of Mobile Film™ is for everyone who ever wanted to or is curious about making movies and videos using smartphones.

“The truth is that the pursuit of freedom has been a long journey from early civilisation to massive slavery for profits. Economic emancipation for women in the workplace to freedom under law where equal rights are not observed, time and time again we rise up when injustices is a spectacle for the world to see and nothing is done.

Kyra Isaacs is a 20 year old woman from South Africa and was born 7 years into our young democracy. Kyra like most young women, are actively making their voices heard but more needs to be done. Kyra is a singer, song writer and artists.”

Subscribe, support and listen to bonus episodes and more on Patreon: http://patreon.com/sbppodcast

Our podcast was chosen by Feedspot as the top Mobile Filmmaking Podcast to follow: https://blog.feedspot.com/mobile_filmmaking_podcasts/