Getting Into the Weeds with Story in Film - Jason C. Marshall 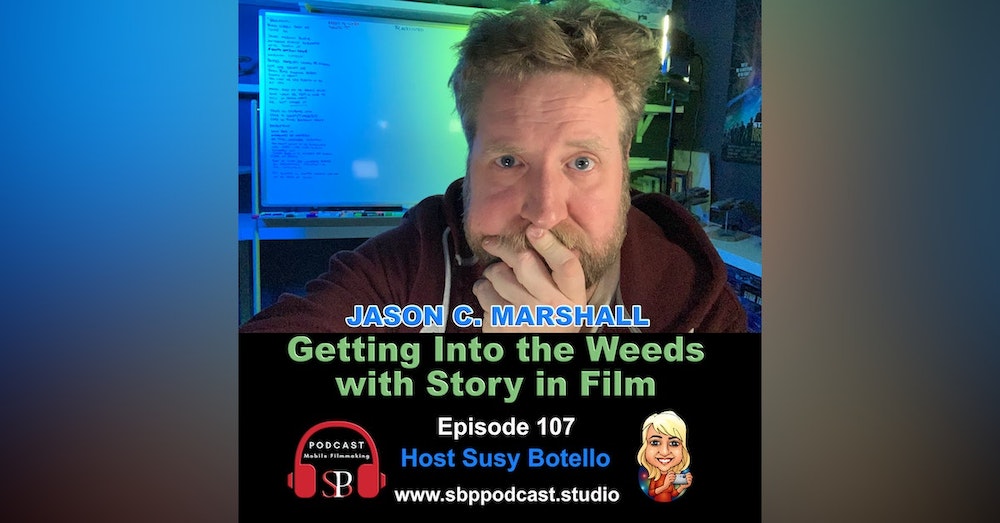 The arch, the beats, the plot and the structure in your story make films compelling. Jason C. Marshall shares the elements in storytelling that will help you make great movies. Now that you’ve discovered your smartphone camera can make cinematic films, y...

The arch, the beats, the plot and the structure in your story make films compelling. Jason C. Marshall shares the elements in storytelling that will help you make great movies. Now that you’ve discovered your smartphone camera can make cinematic films, your story is what will make your movie memorable.

Read the article for this episode 107: https://medium.com/smartphonefilmmaking

Breaking down some of the most memorable films give filmmakers the ability to recreate new award-winning films that can make an impact. Diving into storytelling can get complicated and there are many resources that will keep you busy learning. So we invited Jason to our podcast to share what he’s learned to simplify the process.

Jason and I go “into the weeds” of storytelling for film. In order to emphasize the importance some of the elements to consider as you create and design your story for your movie, Jason shares a lot of what he’s learned with our listeners. We discussed a bit about his journey through researching the topic and his personal interest in filmmaking.

Jason shares a couple of books which influenced his education on the subject: Hollywood Said No!: Orphaned Film Scripts, Bastard Scenes, and Abandoned Darlings from the Creators of Mr. Show (2013) and Saved The Cat: The Language of Storytelling™ by Blake Snyder (2005).

Jason has processed what he’s learned and has developed his own perspectives based on formulas and traditional storytelling. These processes are currently used in many of the most successful films made today. He has watched many films which he analyzes and breaks down to discover the formulas used in each one in order to learn what works and what doesn’t work.

In episode 107 of the SBP Podcast Mobile Filmmaking, Jason and I discuss what we both know about story in film. Jason brings the breakdown of elements in storytelling to our listeners. The purpose behind how you shape your story is the reason your film works, makes an impact and is what your audience or viewers consider a memorable movie. If your goal is to make better films, and why would that not be, listening to this episode will give you a lot of information to consider as you plan your next film.

Jason’s reviewing skills have captured the interest of the premier fan site for HBO’s The Nevers, which is story focused. They brought Jason into their website’s blog as an author for the the series.

Jason is submitting his short mobile film Ride Share, into the 11th edition of the International Mobile Film Festival in San Diego scheduled for April 29 through May 1, 2022.

Jason is working on many projects, but one of them is a video series titled Post Credits, shot with smartphones. The first episode is a Proof of Concept which premiers today, August 31, 2021.

Episodes of Post Credits are shot with a smartphone. Jason and Julian Bate-Vergette watch a movie and then immediately review it in the car.

New Video by Jason, Proof of Concept mentioned in the podcast: https://www.youtube.com/watch?v=nED0akFaVLc

SBP Podcast Mobile Filmmaking: The Voice of Mobile Film™ is for everyone who ever wanted to or is curious about making movies and videos using smartphones. This is a technique that worked very well in the film and he explains in detail in the podcast.

Saved The Cat: The Language of Storytelling™ by Blake Snyder (2005) Book mentioned by Jason: https://savethecat.com